It can be hard to keep track of lore, especially potentially new or unexplored territory.

The Lord of the Rings: The Rings of Power has been hard at work creating a vision of the Second Age for Arda and Middle-earth, and that includes several origin stories and compelling mysteries. One of the most compelling is that of the charismatic, scarred leader of the Orcs known as Adar. Despite being a revered figure among such a brutal race who revere him as an almost saintly leader, Adar’s true identity has remained elusive. While some might claim possibilities such as him being Sauron in one of his disguises, the show reveals something else for him instead. What Are the Moriondor and Adar’s Origins in The Rings of Power? Read on to find out!

What Are the Moriondor in The Rings of Power?

As pointed out by Galadriel, Adar is one of the Moriondor in The Rings of Power, which translates to “Sons of the Dark,” Elves who were twisted and corrupted by Morgoth to become the first Orcs. Adar insistently corrects her, wishing instead for them to be called “Uruk.” This plays into established Tolkien mythology about Morgoth and the Orcs, “he could only corrupt and twist things that already exist. Orcs are merely mockeries of Elves.” Adar is simply a twisted Elf converted to an evil cause, to the point of his skin losing color and his blood turning black, as he became one of the earliest proto-Orcs.

Adar and the Origins of the Orcs and Uruks 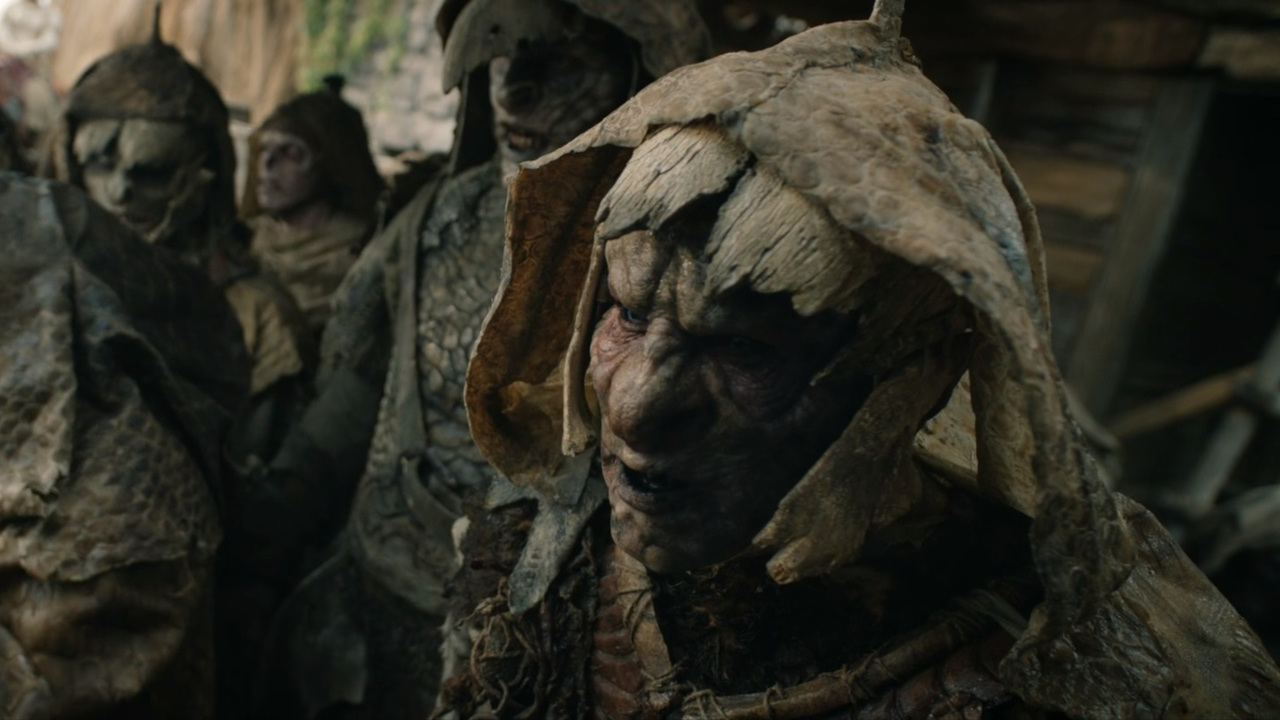 Tolkien fans might already know this but the Orcs and Uruks do not have the same origins as those of Men Elves or Dwarves. Elves and Men were created by Eru Ilúvatar, the all-mighty creator figure in Tolkien’s mythology, while Dwarves were the creation of Aulë, one of Ilúvatar’s Valar. Orcs were created by the First Age as servants to Melkor, later known as Morgoth, twisted Elves captured by the evil Vala after their awakening at Cuiviénen, making Adar the oldest known being to appear on the screen so far. That is until we learn more about the origins of the Meteor Man who fell from the sky. There’s a possibility that Adar originated from Cuiviénen given his label as a “first Orc,” but from what he told Arondir, he could also have originated from Ossiriand.

As for the origin of the term Orc is the Quenya Elvish word for “demon,” thus why Adar bucks at the term, preferring his label, “Uruk.” Uruk is simply the Black Speech translation of Orc, a way for them to claim their identity as their own. If you’re also familiar with Uruk-hai such as how they appeared in the LOTR films, that term translates to “Orc-folk.” So Adar wasn’t simply being pedantic when he corrected Galadriel, he was upholding his pride in his identity, instead of how his former society labeled them as demons. Despite being captured and interrogated, Adar managed to swap out the sword hilt seemingly belonging to Sauron, unleashing a deadly cataclysm in the Southlands while his Orcs chanted “Udûn” thus granting Adar the last laugh.

Attack of the Fanboy / Entertainment / Adar’s Origins: What Are the Moriondor in The Rings of Power?