The happiest apocalypse ever. 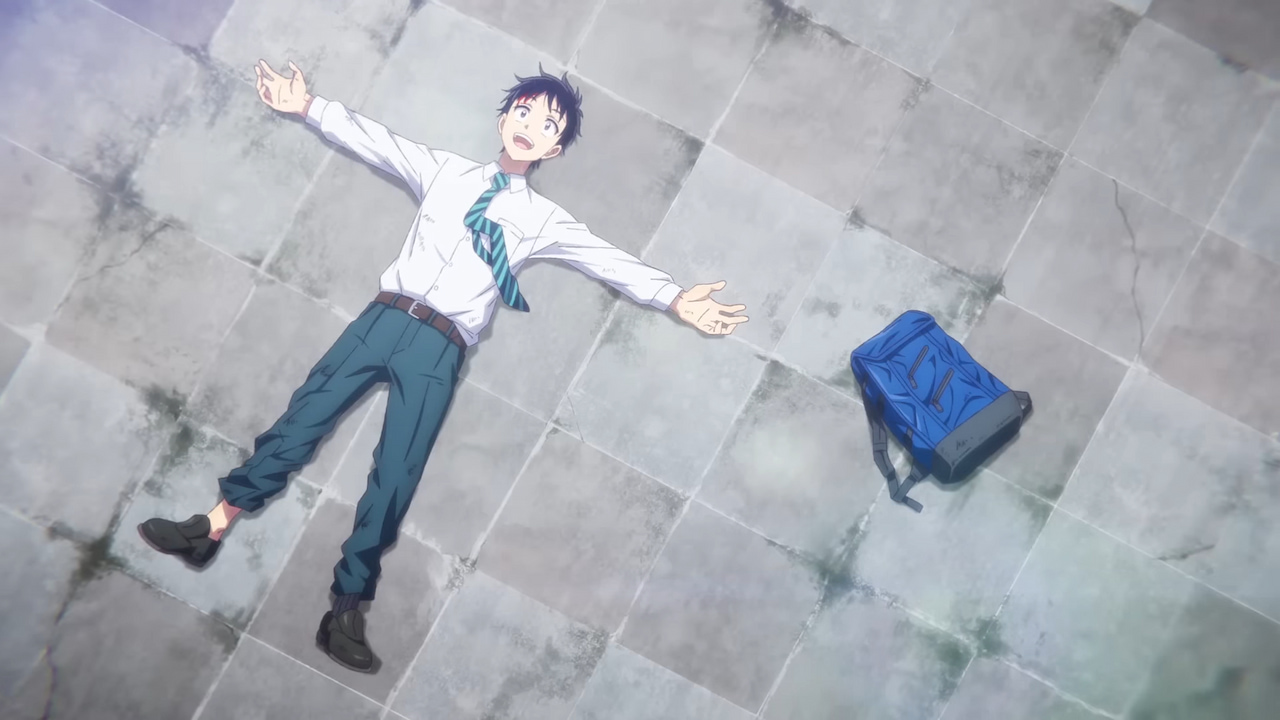 Zom 100: Bucket List of the Dead is a new anime by Haro Aso, the creator of Alice in Borderland, scheduled to release in 2023. With a lot of action and comedy, Zom 100 attempts to create a different kind of story about a zombie apocalypse. The show received a trailer, a release date, an official website, and other information. The different approach to the apocalypse will be a great change of pace and interest many people.

Zom 100 follows Akira Tendou, an honest 24-year-old who ended up joining a black company (Japanese term for exploitative sweatshop-type employment) and now lives his days tired and unmotivated. When he thinks he’s already living in hell and things can’t possibly get worse, he sees himself in the middle of a zombie apocalypse.

Unlike other (more common) people, Akira believes that is his chance to finally stop working and enjoy life. His broken spirit is healed, and he feels more alive than ever. But he also realizes he doesn’t know how long humanity will last, so he starts a list of 100 things he wants to do before becoming a zombie, like relax at hot springs and drink with his best friend.

Everyone is a bit tired of the zombie genre, but Zom 100 is a really good and different comedy. Besides having absurd situations, like everyone being scared of the zombies while Akira happily rides his bike through the city, Haro Aso also makes a funny critic of the work system.

The anime is still a bit far away, being scheduled for Summer 2023 in July. No specific date has been informed yet, but we probably won’t have to wait long to find it out. Zom 100 also has an official website in which the trailer, the synopsis, and additional information are being added.

There’s also a Twitter account where you can read interviews and find the latest information about the anime.

If you can’t wait to watch it in July, we recommend you also check out our guide about the best anime being released in Winter 2023 or check out the Zom 100 manga, as it’s being officially released by VIZ Media.

More on Attack of the Fanboy :
Alice in Borderland Anime Zom 100