You'll laugh, cry, and cheer for these episodes of Cobra Kai. 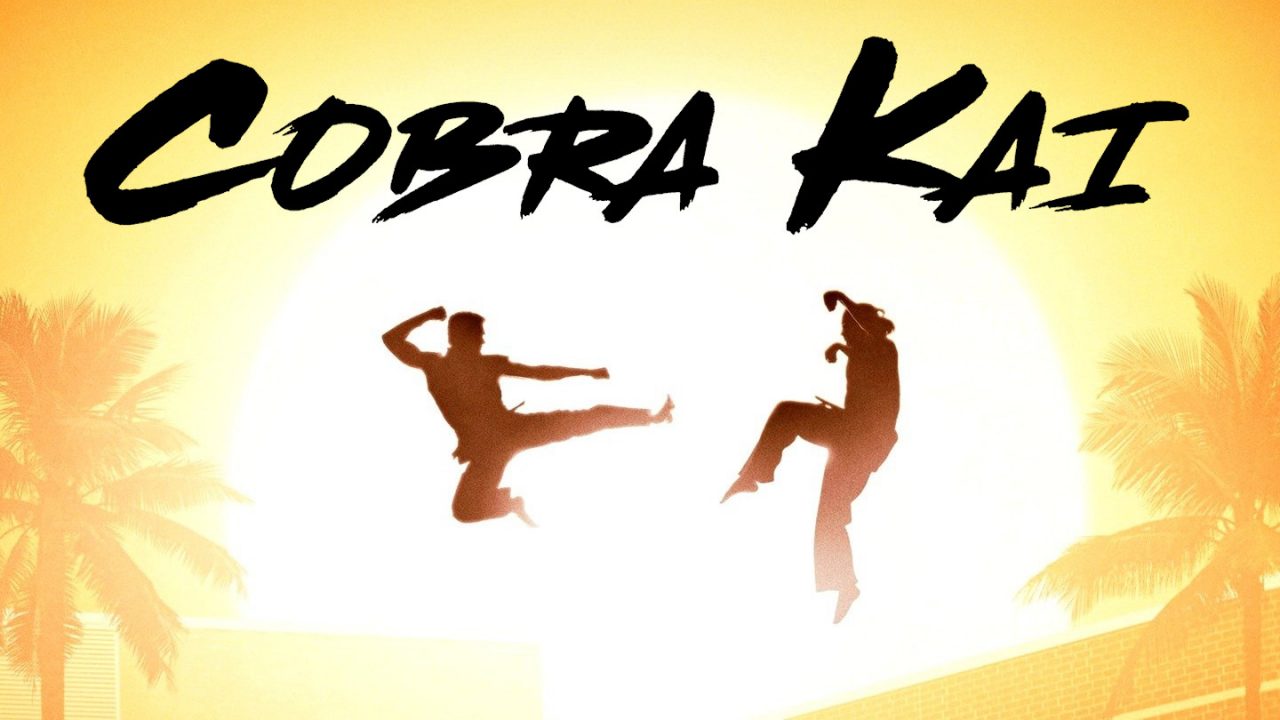 Cobra Kai is an exciting blend of martial arts action, comedy, and nostalgic comfort food for all ages. Despite its origins as a YouTube TV original sequel series to the Karate Kid saga, it joined Netflix and gained additional popularity in 2020, a perfect fanservice remedy to the lockdown woes of the COVID-19 pandemic. Not only are the show’s martial arts performances excellently choreographed, but it also showcases fun and engaging drama between returning characters as well as new faces. But some episodes remain more memorable than others in Cobra Kai, with some of the best likely to be remembered fondly for many years after.

The best episodes of Cobra Kai are the ones that blend the central conceit of how karate is life in the San Fernando Valley in California, with memorable performances and scenes by specific characters. One could argue this is the case for most if not all episodes in the show, but certain standouts deserve a special mention. Here are the 5 episodes considered the best around, from lowest to highest ranked in our eyes.

Since we’re going into detail on episodes throughout the series, there will be spoilers throughout, so you’ve been warned! 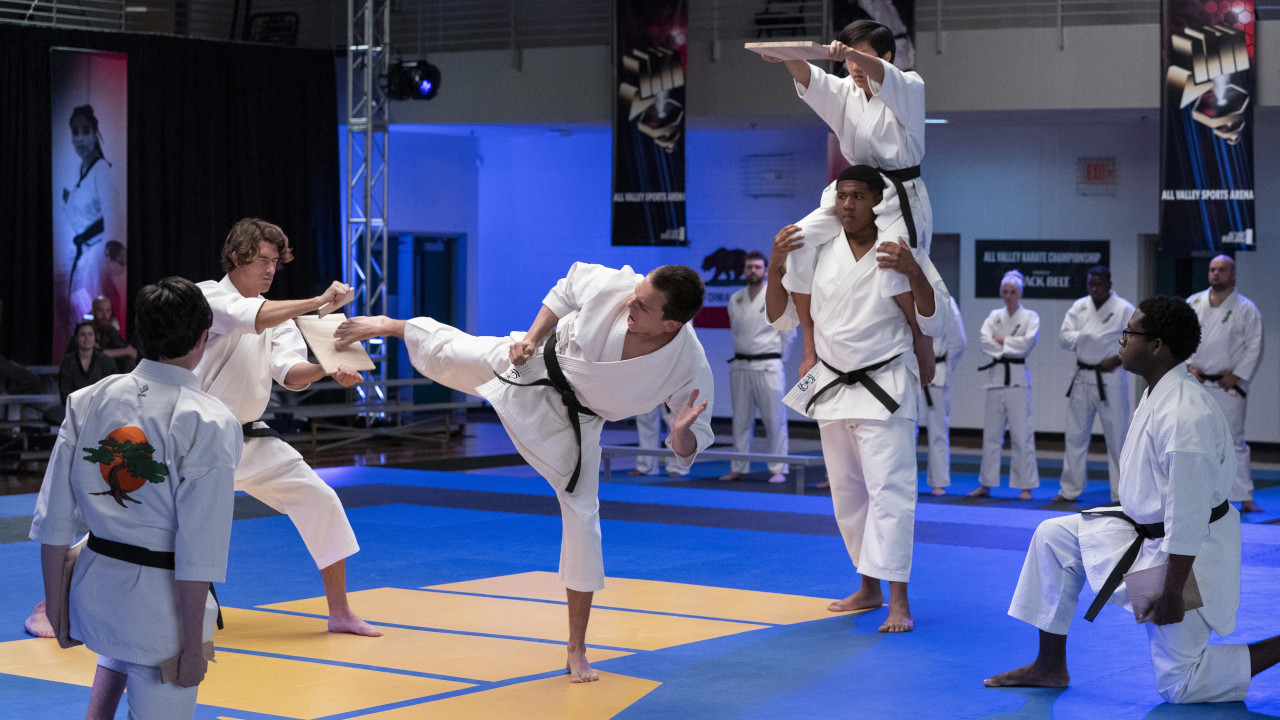 The Fall is an interesting episode of Cobra Kai, part of the slightly weaker season 4, where the quality and satisfaction begin to ramp up near the finale. What makes this episode strong is the context laid out in prior installments. Miguel was left heartbroken when Johnny drunkenly referred to him as Robby (Johnny’s son,) a stark reminder that Miguel lacks a consistent father figure in his life. The All-Valley Tournament is on, and Eli, stripped of his confidence as ‘Hawk,’ gains his second wind, ready to take on all fighters, which he proceeds to do with gusto. Tensions are at a fever pitch even within dojos, particularly between Robby and Kenny.

What makes this episode soar is just the sheer execution of the moments within. Eli demolishes his one-time bully, Kyler, and sails through the competition. Danny sees Cobra Kai using Miyagi-Do defensive techniques he taught to Robby who had recently joined their dojo, so he recommends his students go on the offensive to catch them off guard, with great effect. But the part that captures our hearts is the moment when Miguel, faced up against Eli, attempts to execute an ultimate Karate technique taught by Johnny, but injures himself to the point of disqualification. In pain and shock, all he can muster is to cry out for his sensei, his only available father figure. 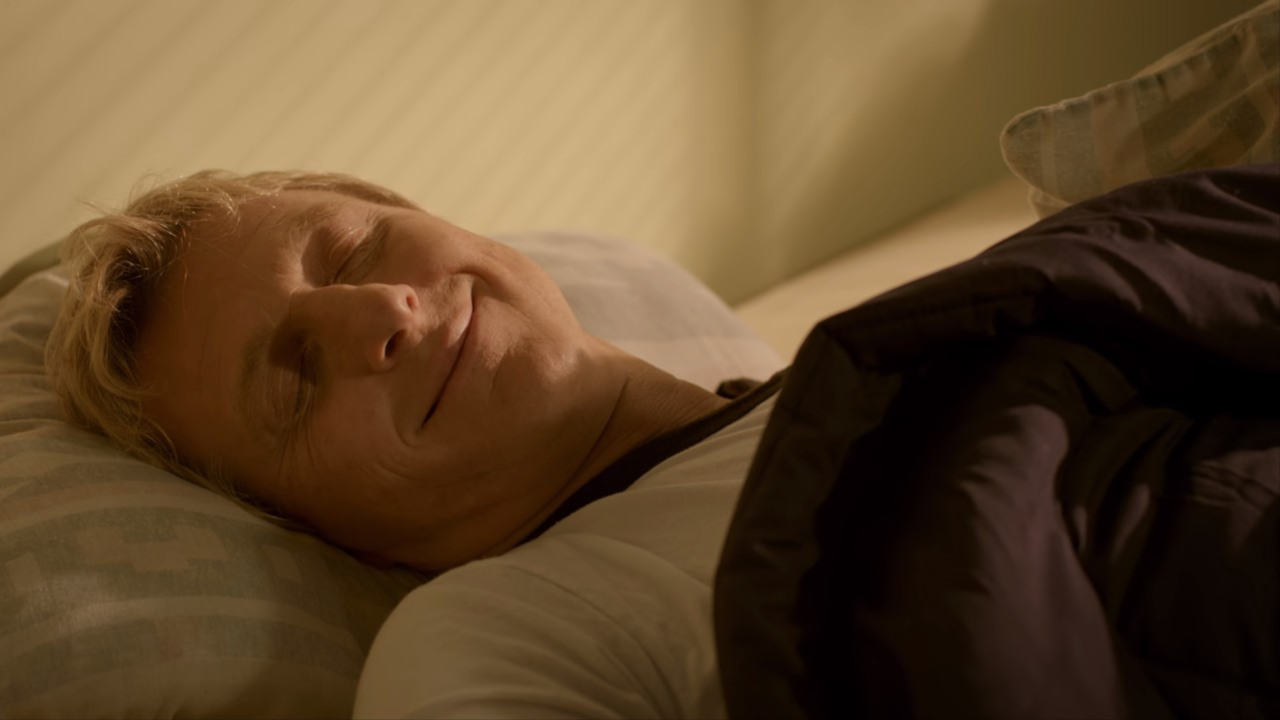 Glory of Love is a guilty pleasure episode of sorts, but also one which holds a special place as one of the silliest, greatest scenes ever created for a streaming show. Johnny Lawrence is hoping to get back into the dating scene, showcased immediately by his dream of seducing Carmen in a music montage full of Whitesnake, karate training, and seductive free-pours of Coors Banquet right into Johnny’s mouth. It’s…perfect. Upon the obvious reveal that it’s a dream, we see Johnny with the biggest cheek-to-cheek grin on his face, sleeping in bed. This scene was so good they recreated it, but from Carmen’s perspective in season 5.

We see plenty of the characters reacting as they’re written to do so with their respective relationships. Johnny needs to get with the times and move on from his 80s flame, Ali; Danny needs to continue to prioritize his marriage with Amanda despite also building up his passion project; Robby manipulates a kind gesture by Miguel to gain points with Samantha, and keep the two from reconciling.

The cast carries on pretty much exactly as they were meant to Johnny crashes and burns, defends Carmen’s honor, and struggles with expressing his feelings, but makes it through and gets the girl. Daniel patches things up with Amanda and rekindles their marriage, while Robby hits a new low, lying to stay in Sam’s good graces. While karate and action take a relative backseat in this episode, karate is also what brought all of these characters together. The loving tribute to the second Karate Kid film in this episode’s title, named after the Peter Cetera song, is a wonderful additional touch. 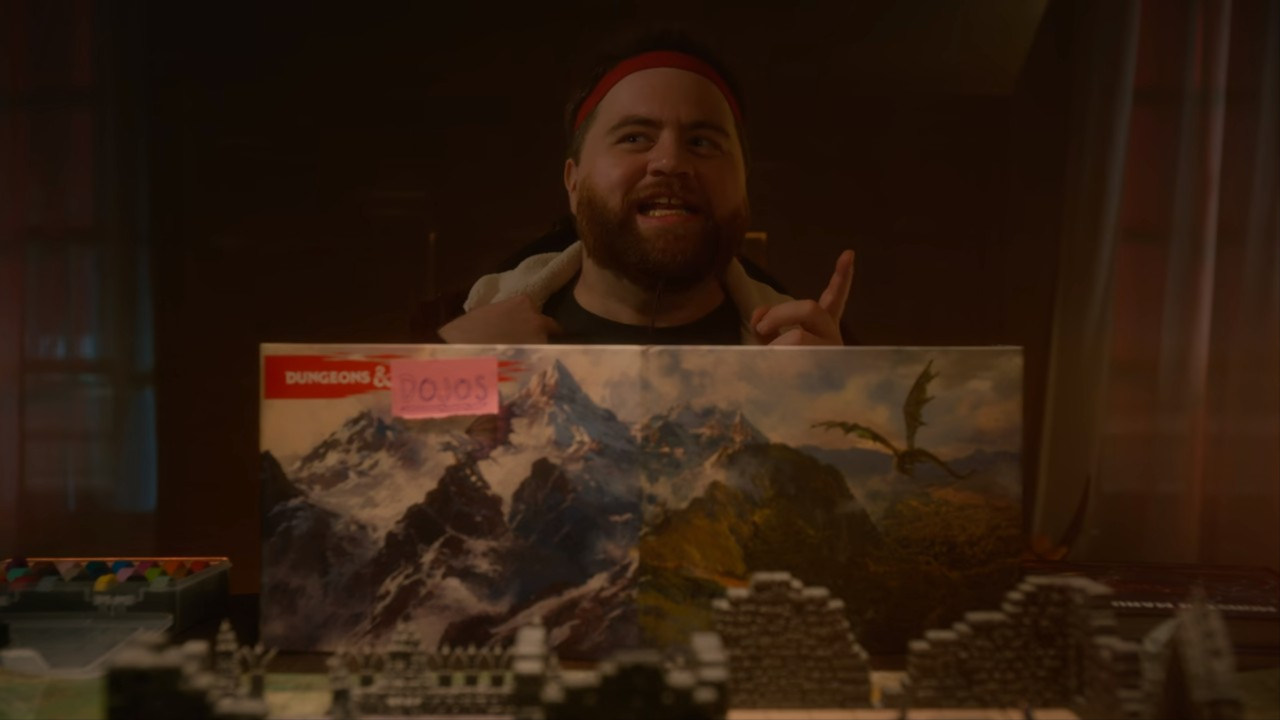 This episode is great because even in the little scenes between the hugely consequential moments for the series, you get to see some pretty special interactions. Given the episode’s status as the penultimate episode of the season, the obligatory “trouble is brewing” moments are all around, but it’s been building up all season. Miyagi-Do and Eagle Fang have proven themselves just as worthy as Cobra Kai, all qualifying for the Sekai Taikai martial arts tournament. There were some great victories for both sides, but some key moments happen in this episode.

Sam has sought out Tory to hear her story on how Terry has been paying off referees to make bad calls to let them win. Bertrand tells his fellow Miyagi-Do and Eagle Fang students about a chance to persuade Stingray to revise his testimony and tell the truth about how Terry beat him near to death. Each of these truths could crush Terry’s claims to legitimacy, and end his brief hold over the San Fernando Valley and Cobra Kai along with it. The news about Johnny and Carmen’s baby slips out, so they, Daniel, Amanda, and Chozen go out to celebrate, only to have their festivities cut short by a surprise intruder.

Stingray’s Dungeons and Dojos session is so ludicrous and of course, he’s a terrible DM, but he’s just living his life how he wishes. Chozen, an increasingly beloved fan-favorite, reveals his unrequited love for Kumiko and it’s just so utterly wholesome to see him grasp at what all the other well-adjusted adults have. That doesn’t stop him from stealing scenes, actually bringing his Sais to the club in another awkward moment. He is also endlessly entertaining as a party animal, and we see that Johnny and Daniel have become increasingly close, rocking out to “Eye of the Tiger” together. The episode is compelling enough to not even need a major fight scene, which is impressive considering that’s the show’s hook. 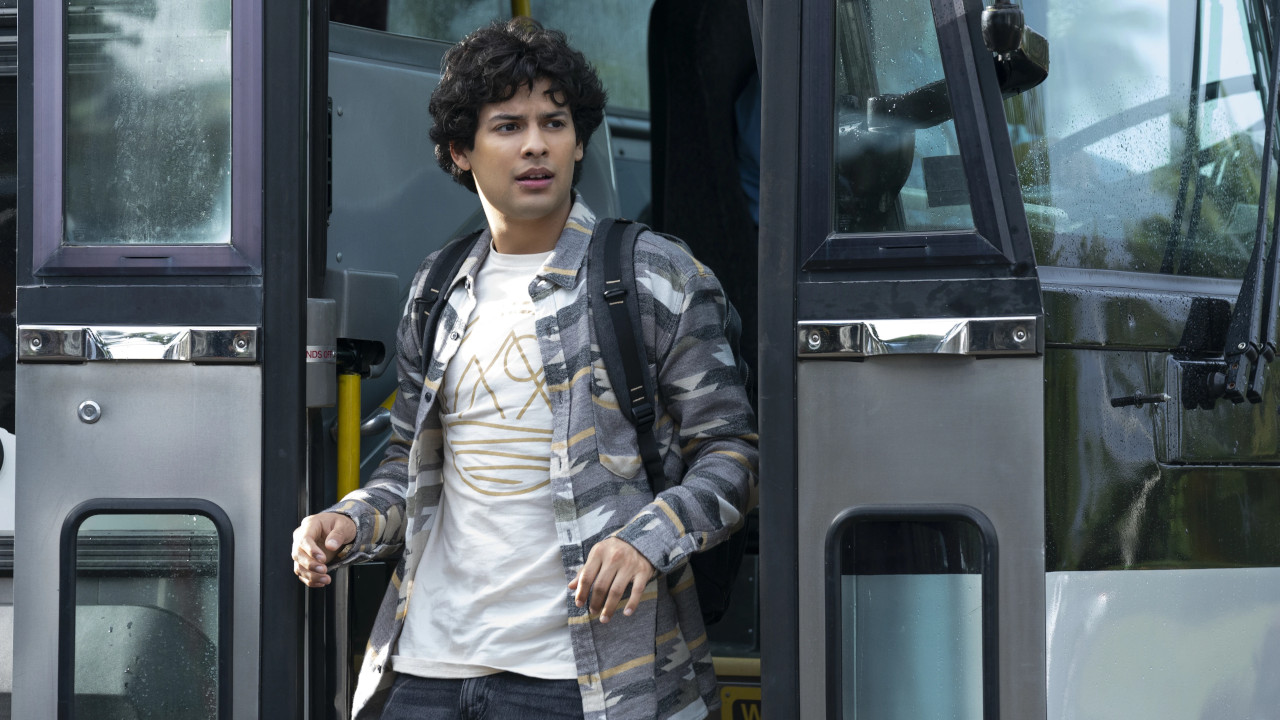 The season 5 premiere of Cobra Kai also gives us one of its best episodes ever, with a deep dive into Johnny’s bond with Robby and Miguel. It shows us how Miguel seeks out his father, who abandoned Carmen before having a chance to raise the boy, only to find crushing disappointment at what he discovers. It’s also a great episode to see Robby and Johnny bond in their way.

The use of the “Female Body Inspector” shirt gag is irritating, but Johnny turns it into a catastrophic faux pas way funnier than it had any right to be, waltzing into a shady establishment while wearing one with his son. This made the criminals running the establishment, chiefly Miguel’s father, think they were US law enforcement officers dropping in unannounced. The show acknowledges that despite Robby being Johnny’s biological son, there’s a need for Miguel to be in the mix too as his pupil and surrogate son. Johnny sees an opportunity for the two young rivals to mend fences and takes it.

Meanwhile, in California, Daniel is building his defenses against Terry Silver, trying to find a way to infiltrate his ranks. In doing so, he recruits Chozen from overseas, effectively making him a recurring character and the best one of them all. Chozen is the best part of almost every episode of season 5, being shockingly funny in his awkward lack of social graces and near-universal inability to read the room. The amount of misunderstandings and accidental fights Chozen causes is hilarious, and he was way too eager to assassinate Terry.

But the episode closes with Danny’s decision to have Chozen infiltrate Cobra Kai as a new sensei applicant, while Miguel falls into despair after learning the truth about his father, a criminal who saw Carmen, his mother, as something weighing him down. Miguel calls Carmen, apologizing profusely while weeping openly, only to have Johnny and Robby show up to give him a silver lining — he has a family who loves him, and an honorable father figure willing to step up for him as he comes of age. 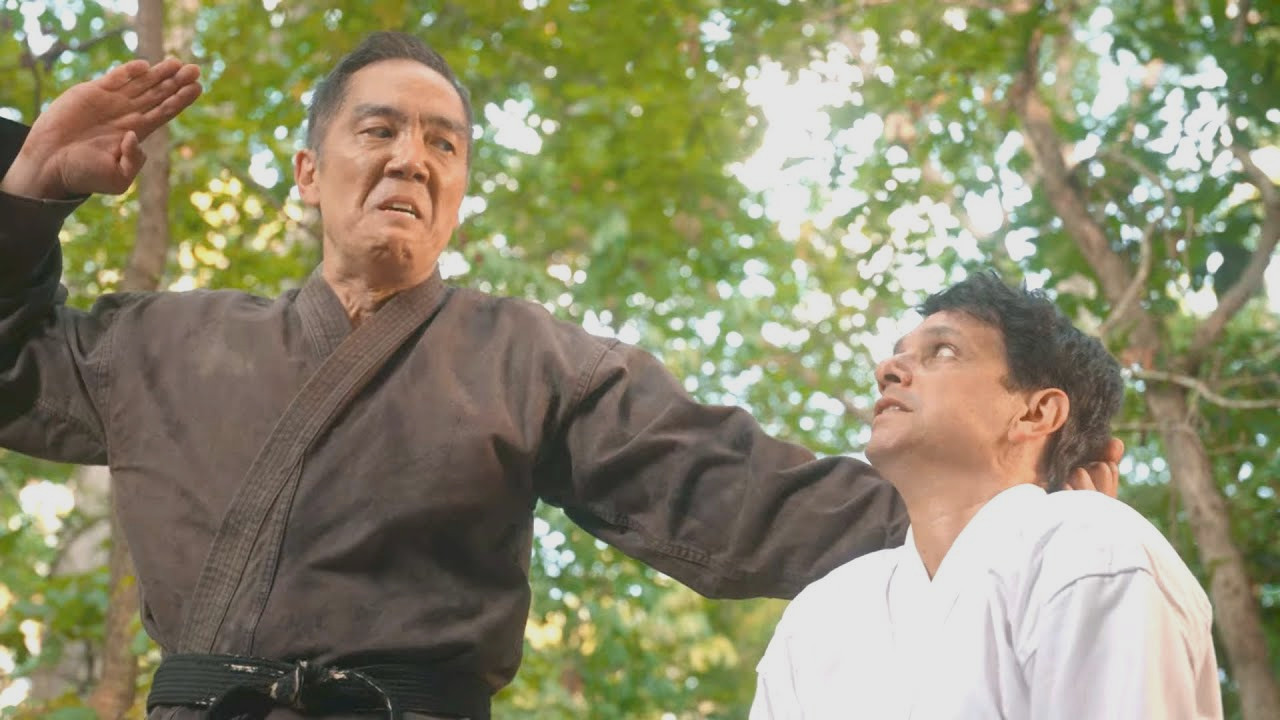 This is the episode where Daniel, still in Okinawa, spars with Chozen and buries the hatchet after the events of The Karate Kid Part II. At this point of the story, he seemed to still be the type of intense, severe character out for blood like when they previously fought. Kumiko arranged for this meeting as a way of signifying there to be no grudges, and their reunion proves vital. Chozen teaches Daniel vital Miyagi-Do techniques, such as in historical times when faced with Chinese invaders, with the tenet that defense takes on many forms. The best part of their interaction is when Chozen has Daniel on the ropes in their session, only to honk his nose, mimicking Mr. Miyagi when he did the same to John Creese in Part II.

Meanwhile, this part of the story is when Miguel is still undergoing physical therapy to be able to regain the use of his legs following the season 2 finale. Johnny, wishing to help, chides the PT’s methods, and ultimately takes on the task himself in vintage Johnny fashion. He dangles swimsuit magazines to attempt to get Miguel to get up and seize them, lights fires under his feet and does his best to look into physical therapy techniques, highlighting a possible unexpected talent of his. But the most awesome moment comes when he decides to take Miguel to see a Dee Snider concert, knowing he would love it, and to their delight, they see his foot moving to the beat of the music, igniting a spark of hope.

This episode was exciting in how it tied together additional characters from the Karate Kid movies, but also pushed old characters and new ones forward into new territory. It was certainly not nostalgia bait, but an evolution for key characters to become more fully fleshed out. It gave fans a chance to see a surprisingly funny Chozen, to see Johnny doing what he does best to help Miguel move on from his injury, and casts old, near-legendary figures like Mr. Miyagi in a different light.

Cobra Kai is a series with a continuously impressive ability to juggle nostalgia for old fans while making compelling television for casual viewers. The characters, and how they are embodied, sell this series so strongly in the realm of over-the-top teen dramas with a nostalgic hook the way that similar shows like Riverdale simply couldn’t manage. The best episodes of Cobra Kai hardly reach a point of being considered perfect, as perfection is often a moving target when it comes to entertainment.

In summary, our ranks go as follows:

The show has done wonders with a colorful cast of characters with different motivations, flaws, and abilities. There’s love and attention to detail put in everything down to the titles, often a reference to some pretty killer rock songs, and in the words of Johnny Lawrence, that’s pretty badass.