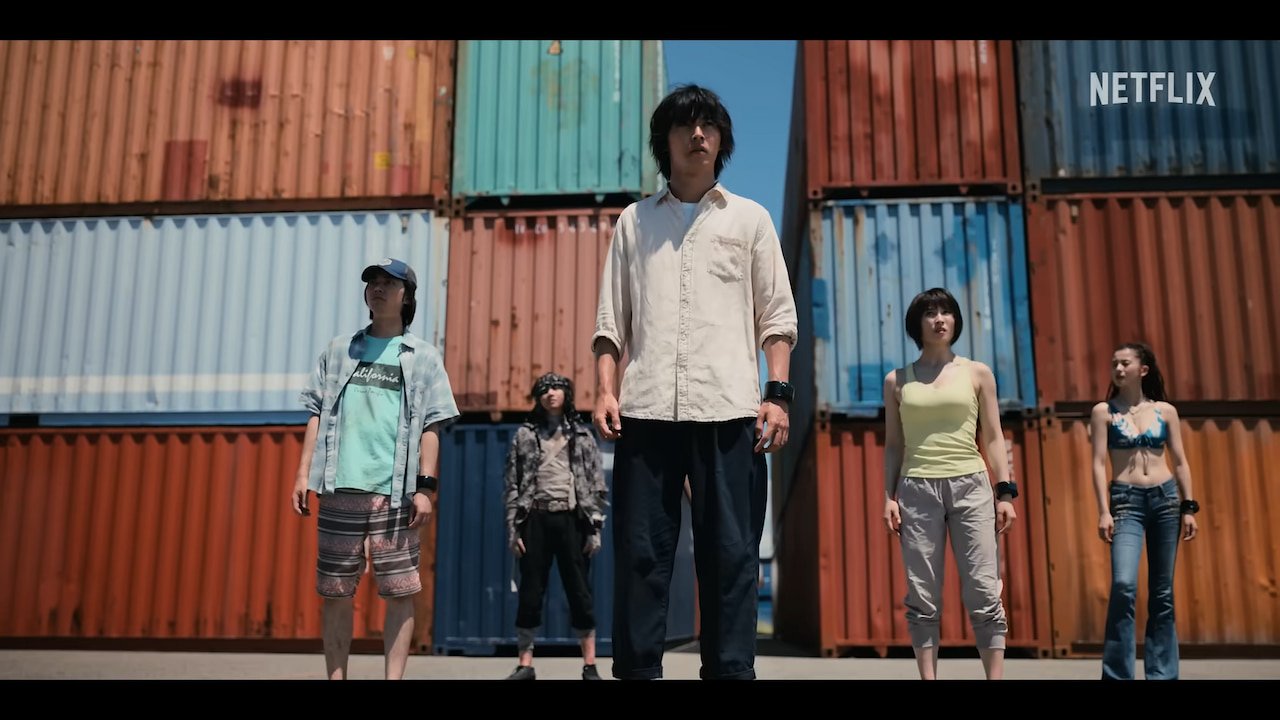 Alice in Borderland is a Japanese Netflix show with 2 seasons (and maybe a third on the way) about Ryohei Arisu and his friends, who suddenly find themselves in an empty Tokyo being forced to play games to survive. It’s a great addition to the death game genre, which uses many tense and life-threatening situations to keep the viewer engaged and hoping to see their favorite characters go through everything alive.

Five Best Movies and Shows Like Alice in Borderland

There are many examples of other amazing shows of the same genre or with a similar feeling and setting, so let’s check out five of them.

Battle Royale (2000) is one of the biggest influences on the genre and one of the most famous Japanese movies ever. It’s like a mix of all card games in Alice in Borderland. Due to the “Battle Royale” act, the government captures a class of students and forces them to kill each other until only one survives. Shuya Nanahara and Noriko Nakagawa try their best to face the challenge together, but it’s harder than anyone could expect.

The character work of the movie is incredible, especially for a film with less than 2 hours. You grow attached and understand the motivations of many of them; you root for them, even though most are probably going to have a tragic ending. Not to mention that their pasts and the movie’s premise are all rooted in a dense discussion about Japan’s current economic situation and laws, making it even more interesting to dissect it after you watch it.

What lies after death? Death Parade follows Decim, a seemingly emotionless man who oversees games that will dictate the future of the participants’ lives. After two people die at the same time, they might find themselves at the Quindecim, a bar in which they play a game that will decide if they will reincarnate or be sent to the void.

Each episode heavily explores the characters and why they died, going deep on many themes like death, revenge, jealousy, and more. Decim and other characters working at the bar talk about their visions on the subjects and quietly, but surely, develop themselves. Also, we have to put the opening here; prepare yourself to find a new favorite song to include in your playlist.

This is for the few people who skipped Squid Game. Seong Gi-hun is going through a hard time, but suddenly a strange man invites him to participate in a contest in which he will be able to win a monetary prize and solve his problems. It involves 456 people who have to play deadly versions of children’s games.

If you haven’t watched many death-game tv shows/movies, Squid Game is a good pick for you, as it handles all the basics of the genre very well. It’s a great chance to see what you like the most about it (the charismatic characters, the tense situations, the messages, etc.) and find something that focuses more on that aspect.

Adapting a game franchise of the same name, Danganronpa follows the students of Hope’s Peak Private Academy, a school that gathers the most talented students in the world, trapped in the school and forced to kill each other to escape. The catch is you have to do that without being found out, basically having to commit the perfect crime. If they are found out, they will be executed. With plot twists, exaggerated situations, and charismatic characters, the show definitely will entertain you for hours.

Watching the anime sequels is also really interesting for those who only played the games, as Danganronpa 3 – Despair Arc and Hope Arc explain events not told during the games.

Sweet Home actually isn’t a story about a death game, but it still follows characters trapped in a scenario and forced to use all their skills to survive. After losing his entire family in an accident, Cha Hyun moves into a new apartment all by himself. When he lost all hope in life, people start turning into monsters that reflect their desires, like being stronger or the fastest runner in the country. But Hyun himself also has to fight those urges, as he is infected and tempted by his monster self.

Sweet Home creates incredible tense and life-threatening situations and supports that with a great story about the residents of the apartment, their desires, their relationships, and what they are willing to do to survive. Netflix already announced the show is getting two new seasons, and you also can check out the Webtoon version of the story for free.

More on Attack of the Fanboy :
Alice in Borderland Anime Entertainment