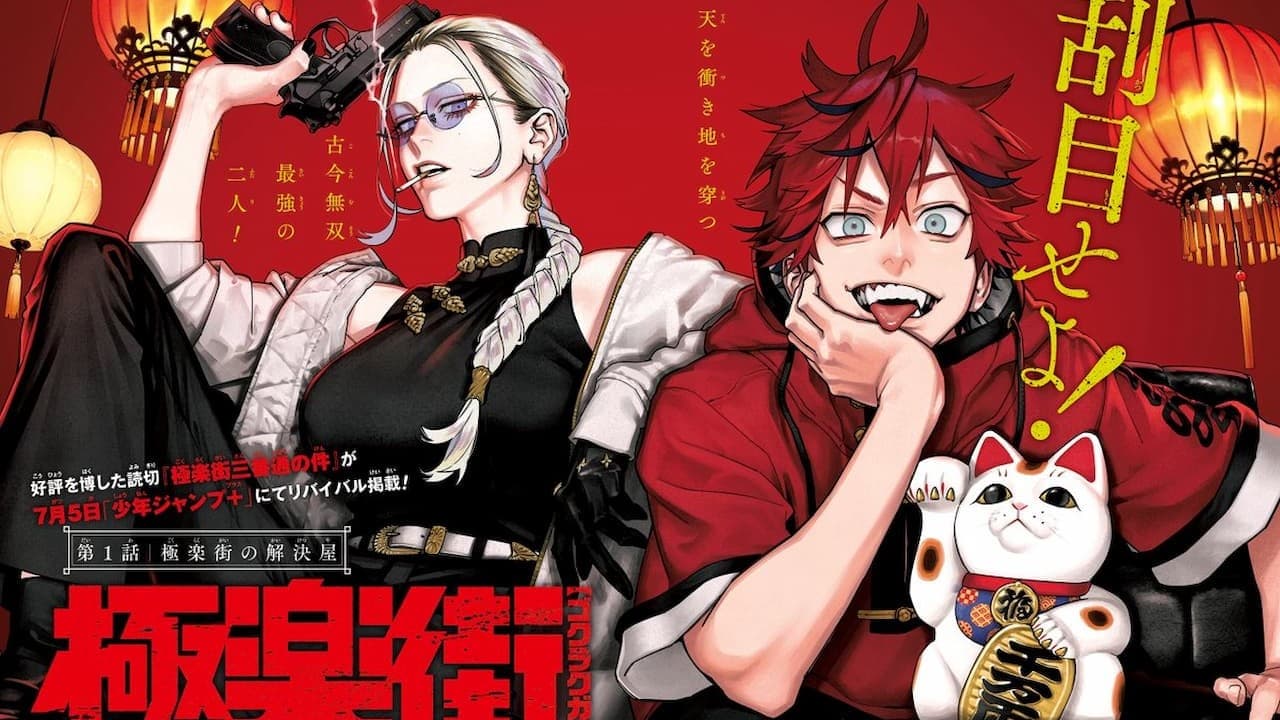 Sometimes, with manga, it’s hard to find something good that isn’t already finished or has over 100+ chapters, so we are bringing you some of the best new ongoing shonen manga with around 50 chapters or less.

Japanese manga have five demographics: Shonen, Shoujo, Seinen, Josei, and Kodomo. Shonen is the most popular, and its main audience is teenage boys, but its popularity and variety of genres make the readership go beyond the target group.

Most of the mentioned manga cover supernatural themes, as shonen readers love seeing these elements, but there are also stories of different genres. Let’s check out some of the best new ongoing shonen manga.

Description: A battle-action manga following Rudo, a young boy living in the slums of town where everyone is treated like garbage. He is framed for killing his mentor, Regto, and thrown into the Abyss, a place filled with monsters. He swears to survive that hell and find the one who killed Regto.

Why you should read it: Probably the most exciting manga on the list. Following Rudo and the other characters while they unravel the dense and intense Abyss is as incredible and aggressive as the artwork. Kei Urana has a dynamic and powerful art style that takes your breath away every time and that perfectly fits the world she’s creating.

The Abyss draws you in as you beg to learn more about it and its other residents, that, like Rudo, are all fantastic characters with strong personalities and philosophies. Gachiakuta has the potential to become one of the next biggest shonen manga; when it receives an anime, it’ll definitely explode.

Description: This is a revenge story. Akane loves seeing her dad, Tooru, perform Rakugo, a traditional Japanese form of storytelling in which someone interprets various characters and situations alone. He is making his best to up his rank, but when his test comes, Issho Arakawa, a senior Rakugo master, expels him from the rakugo school. Akane decides to enter that world and prove that her dad was the best.

Why you should read it: Akane-Banashi is a great introduction for people who don’t know a lot about Rakugo, and it uses that to its advantage. As that kind of storytelling depends on facial expressions, gestures, and vocal mannerisms, the manga creates great visual representations of the situations and many expressions for the characters that make everything more funny and entertaining. It’s a different kind of action than what we are used to but still gets us very excited with the performances.

Another win of the manga is having very charismatic characters, mainly Akane. In every new chapter, she gets even better and funnier. She would totally be in of those “Characters you’d love to be friends with” lists. Also, Akane-Banashi has just won an award and was recommended by both Eiichiro Oda, creator of One Piece, and Hideaki Anno, director of Evangelion.

Description: Zaha Sanko is a normal 14-year-old boy, except someone cursed him and made his bones capable of granting any wish, even ruling the universe. He and Avakian, his caretaker, are always hunted and have to keep traveling the universe to find and kill who cursed Zaha and turned his life into hell.

Why you should read it: Dai Dark is a manga by Q Hayashida, the same creator of Dorohedoro. If you are a fan of the latter, you need to read this one. It’s also a story with many mysteries, amusing characters, and fun world-building. Hayashida’s comedic tone is a great contrast for such a grim setting, and it always entertains you; such a story can’t be described as “feel-good”, but she manages to make you think some moments are (even if there’s blood and corpses everywhere).

As you can imagine, Dai Dark is a shonen, but it’s still a story by the creator of Dorohedoro, so if you’re not a big fan of gore and violence, proceed with caution.

Description: Rintaro Tsumugi is a really kind-hearted boy that goes to Chidori High School, a place seen as a trashy school made for idiots to gather. It’s right next to its complete opposite, Kikyo Girls School, a prestigious school for hard-working and smart girls. After an unexpected meeting with Kaoruko Waguri, a girl from Kikyo School, at his family’s cake shop, Rintaro falls head over heels for her.

Why you should read it: Each time getting closer and closer to becoming one of the best ongoing romances, Kaoru Hana wa Rin to Saku is an insanely cute and wholesome story about growth, self-acceptance, and friendship. Societal pressure is a pretty big problem in Japan and a common theme in many dramas; the manga manages to tackle it and show how it affects different people while retaining the feel-good vibes of the whole story.

Even though it still has a long way to go, it also tries to develop the side characters and make them have their own lives too, not solely using them as “the protagonist’s friends.” As mentioned before, friendship is an important element of the story, so we can expect them to be even more developed as time goes on.

Description: The manga follows Tao and Alma, siblings and owners of the Gokuraku Troubleshooter’s Office, who work to solve any problems people present to them. But they also work killing magas, creatures that drink human blood and are made from the resurrection of bodies.

Why you should read it: Gokurakugai is the most recent on this list, having only 5 chapters as of the start of 2023, but it already shows a lot of promise. And, even though the creatures are scary, it’s great to see the manga is already setting up more important and interesting villains. We can’t wait to see more of them and of the other side characters, as almost all of them seem to be deep and charismatic.

Also, the characters’ powers all seem to be related to maga. Alma, for example, is a demi-maga, a mix of the creature and a human, while Nei, another person that fights those demons, has the power to attract them with her blood. We can’t wait to see how they will use those abilities to challenge the human villains.

Lastly, do yourself a favor and go check out the author’s Twitter, where he posts many fan arts. Yuuto Sano is an incredible artist, he depicts both the characters and the action in a captivating way that’s easy to follow through the pages.

More on Attack of the Fanboy :
Entertainment Manga