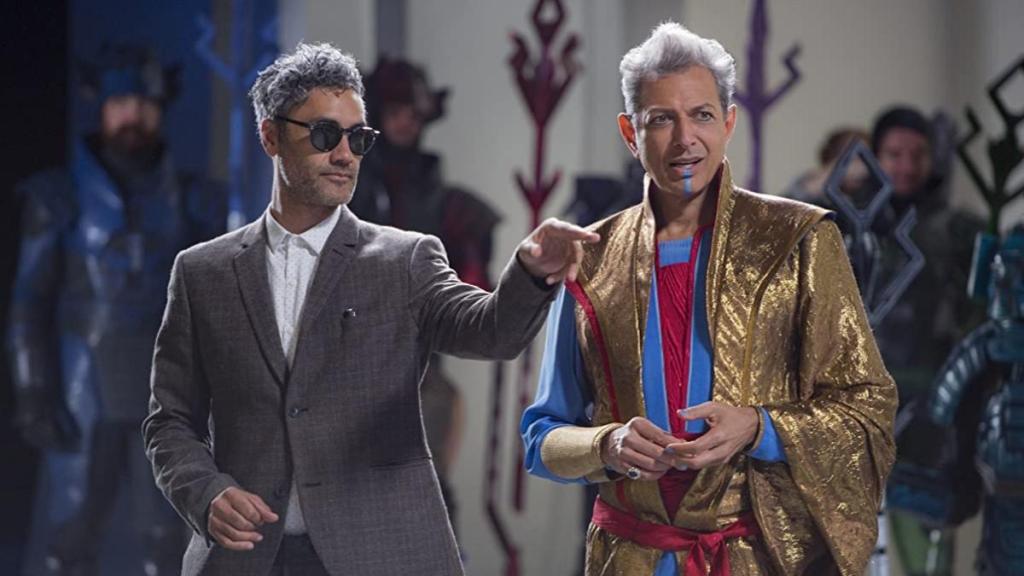 He first rose to prominence as the creator of the television series Flight of the Conchords (2007), for which he won a Primetime Emmy Award. He has since been praised for his unique style of humor, which often combines deadpan wit with absurdist or surrealist elements. He is also known for his use of improvisation, particularly with regard to dialogue.

That said, here are some of the best Taika Waititi movies and shows of all time.

Taika Waititi’s Jojo Rabbit is one of his best movies. The film is set in World War II Germany and follows a young boy named Jojo (Roman Griffin Davis) who discovers that his mother (Scarlett Johansson) is hiding a Jewish girl (Thomasin McKenzie) in their attic. Jojo must then decide whether to betray his country or stand up for what he believes in.

The film is an excellent comedy with great performances from its cast. Waititi also wrote and directed the film, which won him an Academy Award for Best Adapted Screenplay.

Taika Waititi is the co-creator of the 2021 TV series Reservation Dogs. He served as the show’s writer and executive producer. It is about a group of Native American teenagers living on a reservation who form a dog-training club to help them find purpose in their lives. The show has received positive reviews, with critics praising its humor and heart.

It showcased Waititi’s talent for creating complex and fully-realized characters. He also directed a few episodes of the show.

This coming-of-age film is about an 11-year-old boy in New Zealand who has to deal with his dysfunctional family and school bullies. He also befriends a new student at his school, who helps him stand up for himself.

Waititi not only directed this film, but he also wrote the screenplay and played one of the main characters, Boy’s teacher. It’s a heartwarming and humorous film that will leave you feeling good.

Our Flag Means Death is a 10-episode series aired in March 2022 on HBO Max. The show is set in the 1700s and revolves around a group of pirates led by Captain Edward Teach, better known as Blackbeard, portrayed by Taika Waititi. He’s also the show’s executive producer.

It is a story of adventure, betrayal, and revenge. Critics have praised the show for its brilliant writing, direction, and performances, with reviewers calling it a “swashbuckling success.”

Taika Waititi directed one of the best Marvel movies yet with Thor: Ragnarok. The movie is hilarious, but also has some excellent action and drama. Chris Hemsworth is great as Thor, and the supporting cast including Tom Hiddleston, Cate Blanchett, Jeff Goldblum, and Mark Ruffalo are all superb. He also played Korg, a character that he really brought to life and who is one of the best things about the movie.

This mockumentary comedy follows the everyday lives of four vampires who share a flat in Wellington, New Zealand. Though its set-up may not sound like much, What We Do In The Shadows is one of the funniest films in recent memory, thanks largely to the deadpan delivery of its cast and Waititi’s sharp direction. If you’re a fan of The Office or Parks and Recreation, you’ll find plenty to enjoy here.

Taika Waititi directed, co-wrote, and starred in this heartwarming film about a foster kid and his grumpy foster dad who go on the run in the New Zealand bush. It’s funny, touching, and visually gorgeous, which is why it’s considered as one of his best works.

The coming-of-age story follows Ricky (Julian Dennison), a city kid who’s been placed with Bella (Rima Te Wiata) and Hec (Sam Neill) in the rural New Zealand bush. When Bella unexpectedly dies, Ricky and Hec find themselves on the run from child services, which results in them forming an unlikely bond.