10 Biggest Bounties in One Piece, Ranked

Mikio Itoo's wanted poster was the series first depicted bounty, but it was not the last! 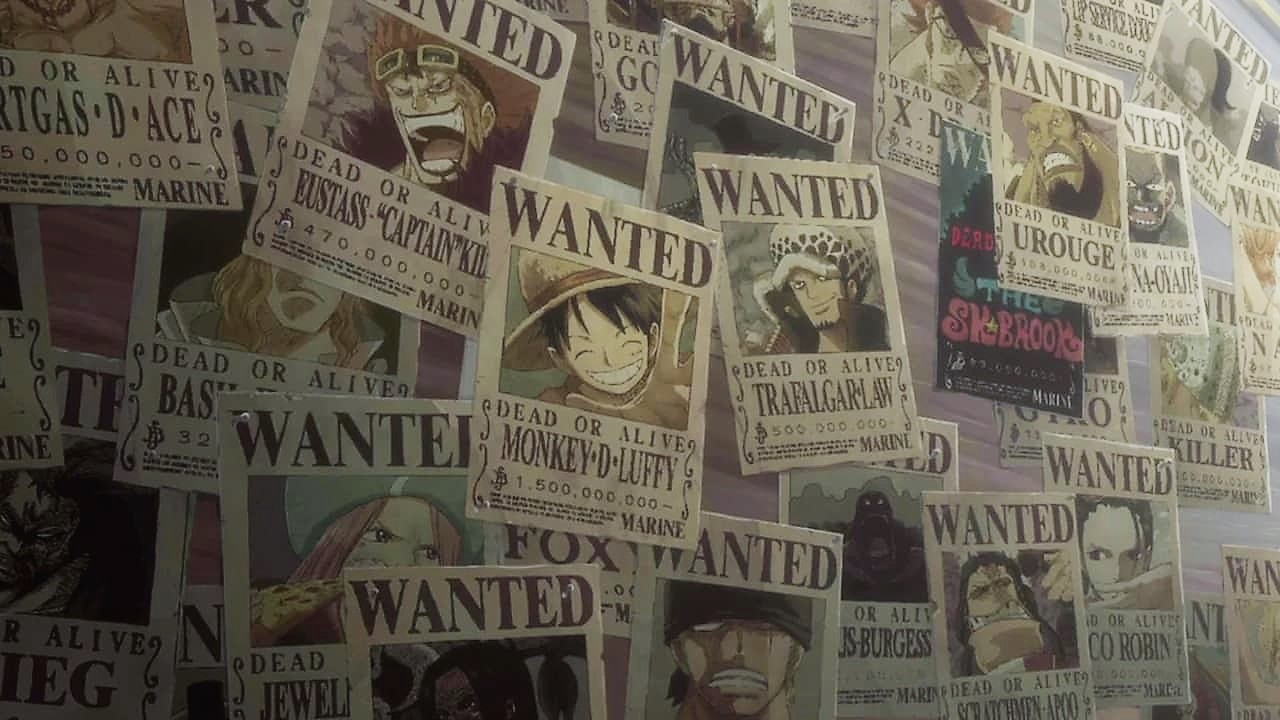 Are you wondering how bounties work in One Piece and which characters have the biggest bounties, ranked? Bounties are a system in One Piece that rewards the capture or death of pirates, bandits, and criminals based on how much of a perceived threat they are based on their criminal activities and overall strength. Bounties can also be increased, which has happened to most of the entries on this list. Here are the 10 biggest bounties in One Piece, Ranked, so you can see who the biggest and worst characters are in the history of the manga and anime series.

10 Biggest Bounties in One Piece, Ranked

Most of the bounties in One Piece are issued by the Marines for the World Government. The amount of the bounty is calculated by a department within the Marine Headquarters, which is currently run by Commodore Brannew, based on how much of a threat a particular figure is. If the person is discovered to be an even more significant threat, the bounty can be raised, which is what we’ve seen with the first two pirates on our list, Eustass Kid and Monkey D. Luffy. In addition, wanted posters are sent across the One Piece world to make everyone aware that a particular person is wanted and how dangerous they are based on the total bounty amount in Berry.

Eustass Kid, also called Captain Kid, is from South Blue and is captain of the Kid Pirates. He also was put in the group of twelve pirates called the Worst Generation for his actions. The Kid is the anthesis of Luffy as he often kills those who make fun of his dream of finding the One Piece treasure and becoming the next Pirate King. He has had three bounties, with the highest being 3 billion Berry, giving him the tenth spot on this list.

Monkey D. Luffy, also known as Straw Hat, is the protagonist of One Piece and the captain of the Straw Hat Pirates. He dreams of finding Gol D. Roger’s legendary treasure, One Piece. Instead of killing those who make fun of him for his dream, like Kid, he decides it is worth it and follows after his mentor Shanks. He has had seven bounties throughout the manga’s events, with his latest one reaching 3 billion Berry.

Buggy, also called The Star Clown, is the captain of the Buggy Pirates and the co-leader of the Buggy and Alvida Alliance. He has had two bounties, his highest being a 3.1 billion berry.

Dracule Mihawk is the strongest swordsman in the One Piece world. Before that group was dissolved, he was also one of the Seven Warlords of the Seas. Mihawk had an unknown bounty before his introduction and was given an official bounty when it was increased to 3.5 billion Berry.

Marshall D. Teach, also known as Blackbeard, is the admiral of the Blackbeard Pirates and one of the Four Emperors. What makes him extremely powerful is he is the only person known to wield the power of two Devil Fruits. He has had two bounties total, with the current bounty at nearly 4 billion Beery.

Shanks, also called Red-Haired Shanks, is the chief of the Red hair Pirates and one of the Four Emperors who rule over the New World in One Piece. Shanks was the original owner of Luffy’s signature straw hat and gave it to him as a promise that they would meet again. Shanks has had a total of two bounties, with the latest being over 4 billion Berry.

Charlotte, Big Mom, Linlin is the captain of the Big Mom Pirates and was the only female member of the Four Emperors. She is also the creator of an entire race called the Homies. Linlin received her first bounty when she was just six years old and has had a total of three bounties, the latest being one being 4.3 billion Berry.

Kaidou of the Beasts is the Governor-General of the Beasts Pirates, a former member of the Four Emperors, is the world’s strongest creature in One Piece, and is Yamato’s father. That is quite the resume! He has had two bounties, the first starting at 13 and the latest being 4.6 billion Berry.

Edward, Whitebeard, Newgate is the captain of the Whitebeard Pirates and is the strongest man in the world in One Piece. He has only ever had one bounty worth 5 billion Berry. There has never been an official reason behind his bounty, but being a former member of the Four Emperors and Rocks Pirates are pretty good reasons.

Gol D. Roger, also known as the Pirate King and Gold Roger, had the highest-ever bounty issued, which still stands in the current events in One Piece. He owned the legendary treasure called One Piece, which has an unimaginable value and is located at Grand Line: Laugh Tale. This is, of course, the title of the manga and anime series and the overall goal of Monkey D. Luffy and the Straw hat Pirates.

Attack of the Fanboy / Entertainment / 10 Biggest Bounties in One Piece, Ranked