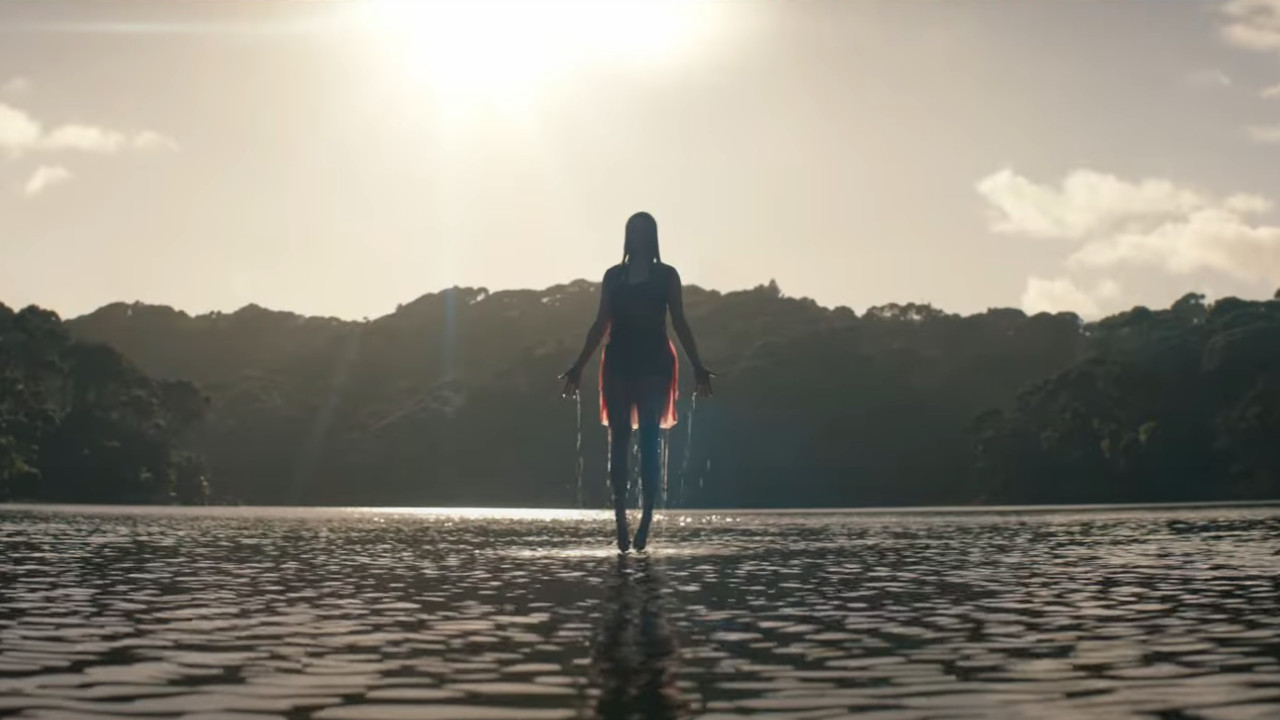 Evil Dead has been entertaining its following with gratuitous gore and bizarre slapstick comedy for over 40 years but has been taking a new direction lately with its films. Beginning with 2013’s Evil Dead, we’ve been seeing a darker interpretation of the franchise, and it has certainly appealed to long-standing fans eager to see more content. The film is getting a sequel, Evil Dead Rise, and it looks suitably intense, a gory tale with tension and terror aplenty. Evil Dead Rise is quickly approaching its release date, and, along with its newly-released trailer, we’ve caught a glimpse at its new cast.

Evil Dead Rise has a set release date of April 21, 2023, heading to theaters despite initial plans to go straight to streaming. This is due to distributor WB wanting to use theatrical releases more often than HBO Max debuts for films, likely to strengthen their revenue potential. The film will release over 10 years after the release of 2013’s Evil Dead and does not appear to incorporate elements from 2015’s Ash vs. Evil Dead, which is a bit of a shame.

However, for longtime fans, this film is still firmly rooted in Evil Dead lore. It features a family who comes across the Necronomicon Ex-Mortis, or “the Book of the Dead” and is quickly ensnared when the incantations within are read aloud by a distorted record. The family, particularly the mother, Ellie, is thrown under its influence, where Ellie’s body is seemingly possessed by the flesh-inhabiting demons known as Deadites. Make no mistake, that evil grin on Ellie’s face, that’s a Deadite for sure.

The cast of Evil Dead Rise appears to largely be new, with children and adults rounding out its core group, with Beth being the protagonist, along with Ellie, Beth’s sister and mother of three children. Ellie is quickly overtaken by Deadites and appears to go on a rampage, terrorizing her family as a twisted mother figure willing to perform shocking feats of violence to take down her family. The film’s premise is certainly small in scope, but in an interesting way, and it looks to be among the bloodiest of the series entries.

Fans of the franchise might notice one or two conspicuous absences, and not just of characters from the previous film, either.

Bruce Campbell appears to have formally retired his role as Ash Williams in the Evil Dead franchise, despite his cameo in the 2013 film suggesting otherwise. He has certainly settled into other roles since then, such as his amusing collaboration with Sam Raimi as Pizza Poppa in Doctor Strange and the Multiverse of Madness along with teasing other appearances of the character.

But for now, it appears this direction for Evil Dead is one without the groovy, chainsaw-wielding big talker with the big gun, with his most recent appearance being in 2022’s multiplayer game which you should check out.