The Rings of Power: What Do the 3 Rings for the Elves Do?

The Elves got the Drip after forging these three rings, but what do they do? The Lord of the Rings: The Rings of Power aired its visually spectacular season finale and with it, answered many questions while leaving more. There were some particularly massive reveals throughout the episode, including an intro that likely sent viewers spiraling after an initial claim of the identity of one of the show’s most mysterious characters. But with the reunion of Galadriel with Elrond at Celebrimbor’s forge in Eregion, after a close confrontation with a dangerous villain, comes a new mystery. Galadriel pled for the power being crafted at the forge to be split into 3 rings containing the light of the Silmarils, but what do these rings do for the Elves in The Rings of Power?

What Are the 3 Elven Rings of Power, and Which Elves Carried Them?

The 3 Elven rings were crafted out of Sauron’s reach by Celebrimbor, and in the context of The Rings of Power, they are crafted with the intent of preserving the light of the Silmarils present in the mithril ore. Originally, they were intended to be forged into a crown for Gil-Galad, with the circular design being a way for the light to arc upon itself, and build its power. The intent was to restore hope for Elven civilization in Middle-earth, but Galadriel’s pleas to split the power into 3 rings was wise – to prevent division and promote balance in their distribution.

Alloyed with other metals including gold and silver from Valinor from Finrod’s dagger, the rings each have unique qualities, and remain hidden by the Elves, untouched and uncorrupted by Sauron. Despite this, their connection to Sauron through his influence, and the One Ring, makes them bound to him, precious assets to be guarded and kept secret. Their bearers were able to keep these rings invisible to all except bearers of The One Ring unless they chose to reveal it to others, as demonstrated in the LOTR films. 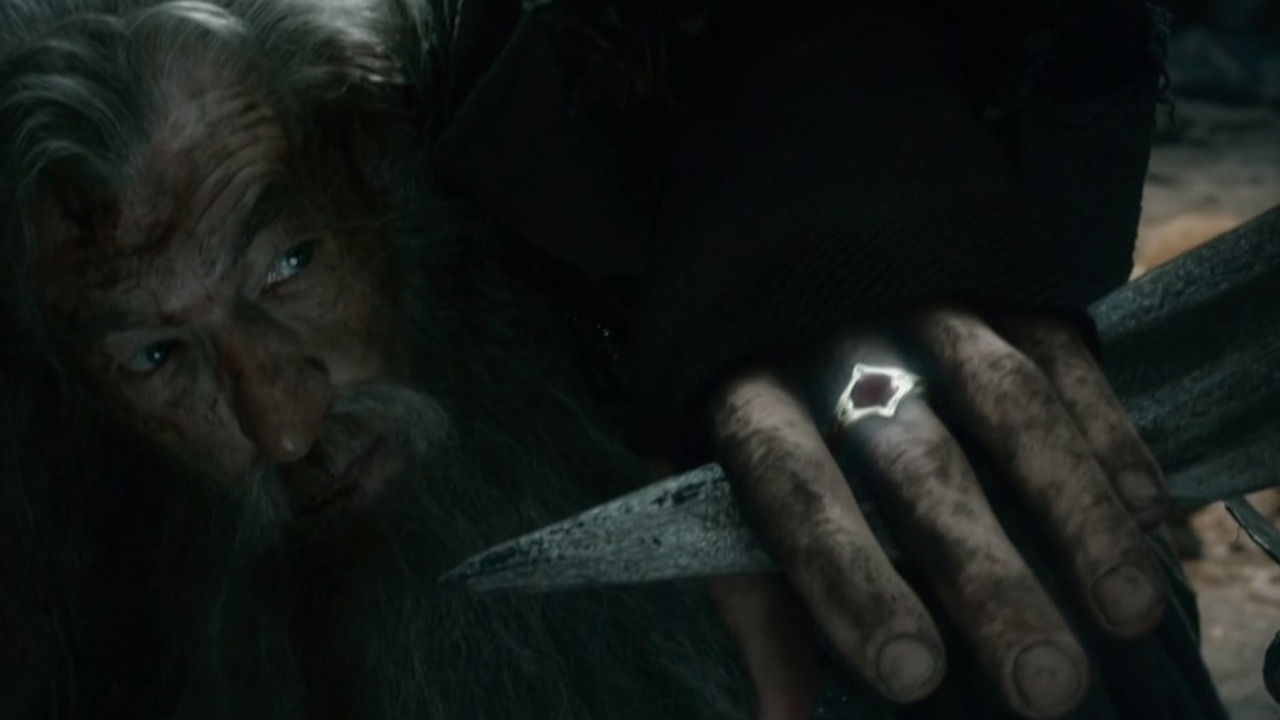 Narya is the Elven Ring of Fire, resembling a ruby set in gold, and was canonically first given by Celebrimbor to Gil-Galad, who later entrusted it to Círdan of Mithlond, who would carry it after Gil-Galad’s death. The ring grants its wearer the ability to hide from outside observation, resistance to the weariness of time, and can even bolster the willpower of those around the bearer such as to resist domination, despair, and tyranny.

Ultimately, it would be given to Gandalf who would wear it all through the Third Age past the events of The Lord of the Rings, even after its power faded and he left for Valinor. It seems to have a connection with fire as well, especially with how Gandalf refers to being the wielder of the Secret Flame. 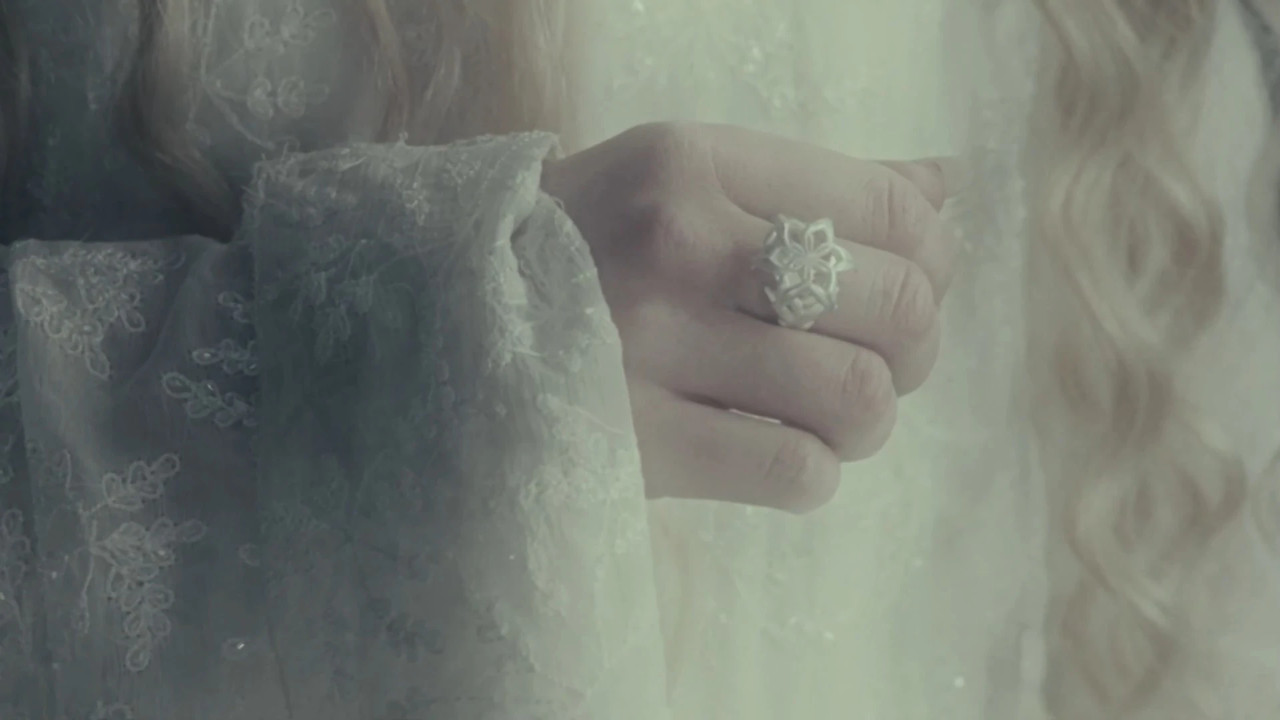 Nenya is the Elven Ring of Water, or Ring of Adamant, carried by Galadriel and kept concealed through the end of the Third Age. This included the power of preservation and protection, allowing its bearer to create a realm that could remain pristine and concealed from evil forces, resulting in Galadriel establishing Lothlórien. Frodo was able to see Nenya when he met Galadriel by being a ring-bearer, the ring is made with mithril and a diamond or ‘adamant.’ The power of Nenya faded after The One Ring was destroyed, resulting in her leaving Middle-earth for Valinor. 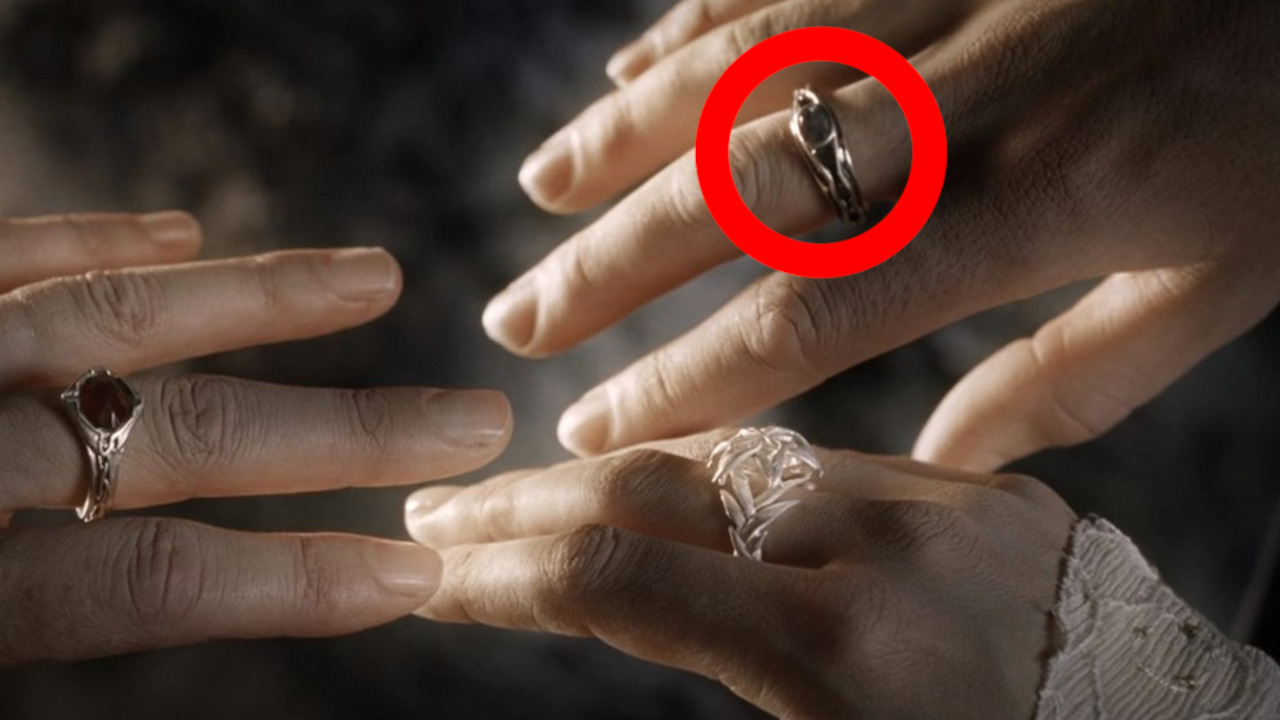 Vilya is the Elven Ring of Air, or the Dominant Ring, the most powerful of all 3, a sapphire set in gold. This ring was also sent to Gil-Galad before going to Elrond. The powers of the ring are never quite specified, although they seemed to enable control over the elements such as when Elrond fought back the Nazgûl before they could chase Frodo into Rivendell. It also possibly contained healing properties or the ability to heal, one of the reasons Frodo was able to survive being stabbed by a Morgul blade on Weathertop, and likely a factor into why he was considered a master of healing. Elrond likely used its power to establish and protect Rivendell. Like the others, this ring’s power faded upon the destruction of The One Ring.

These 3 rings, unlike others, remained uncorrupted by Sauron and The One Ring. It’ll be interesting to see how The Rings of Power tells stories of how they were used by the Elves, and how the later Rings of Power would come into play. Given mithril’s new role as an integral resource to sustaining Elven life and presence in Middle-earth, they’ll surely be vital tools, with their importance being greater than ever before. But it’s nice to see the eponymous precious items finally make an appearance in the final moments of the first season.

The Lord of the Rings: The Rings of Power premiered exclusively on Amazon Prime Video on September 1, 2022, with a 2-episode premiere. The first season concluded its 8-episode run on October 14, 2022, and production is already underway for an exciting second installment.

Attack of the Fanboy / Entertainment / The Rings of Power: What Do the 3 Rings for the Elves Do?