Not over honor or duty. But over a tree.

The Lord of the Rings: The Rings of Power has made some pretty bold adjustments to Tolkien’s created universe over the first season so far. In addition to a confusing timeline that seems to blend major events and characters into one, epic plot, the series takes some surprising, yet compelling, turns while establishing new lore about already well-known concepts within the franchise. One particular element, the precious ore known as mithril, receives a surprising origin story in the streaming series, one which binds it to another concept as created by Tolkien, surprisingly. Read on for our coverage of Mithril and Its Origin Story on The Rings of Power! 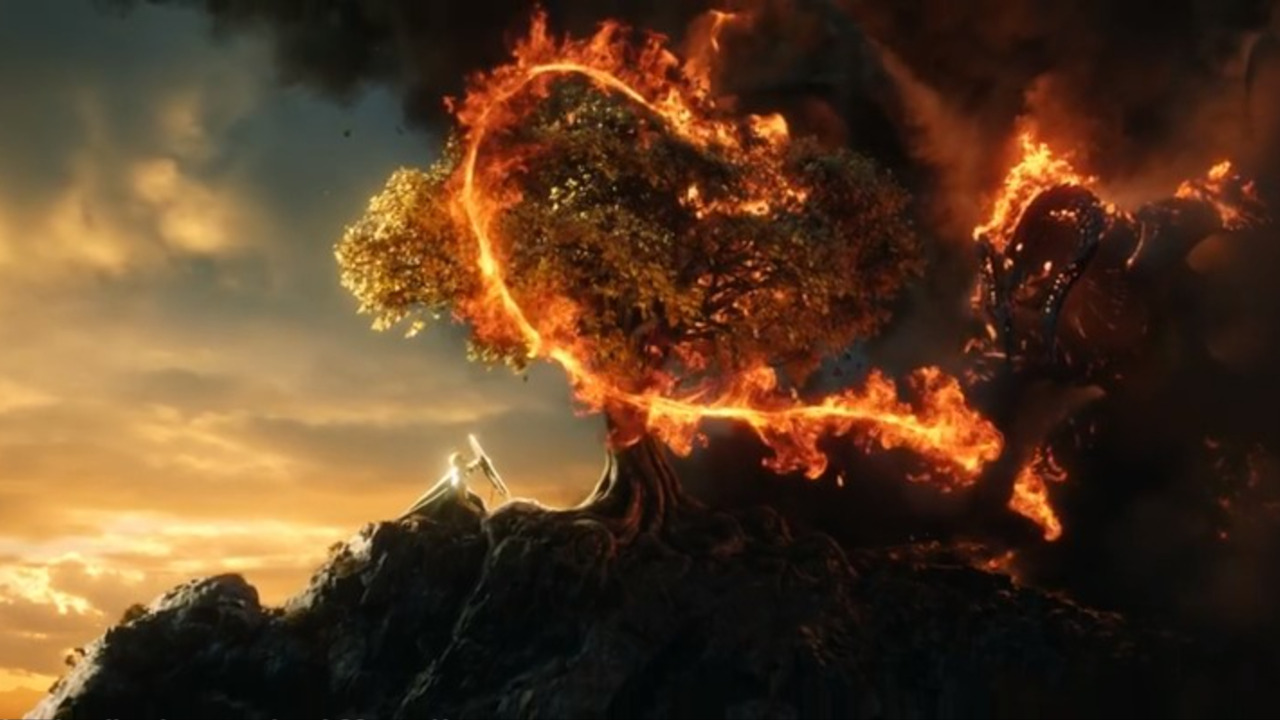 In season 1, episode 5, Elven High King Gil-Galad presses Elrond for what he knows about what the Dwarven kings have discovered below Khazad-dûm, and in a bid to gain Elrond’s trust, states the origin story of mithril to explain his desire to seize it. He has Elrond recall “The Song of the Roots of Hithaeglir,” which details a climactic battle between a courageous Elvish warrior and a Balrog of Morgoth over a tree that contained the last of the Silmarils.

As retold by Elrond, the Elf poured all of his light into the tree, to combat the all-consuming hatred emitted by the Balrog, and amid this clash, lightning struck, binding these opposing forces into the Silmaril within, spreading from the roots of the tree deep into the surface below. This chain reaction essentially bound the light of the hidden Silmaril, and its light, which seems tied to their immortality, to the mithril below the depths of Middle-earth. Mithril is, in The Rings of Power, ore infused with the last light of the Eldar, and this origin story could lay the groundwork for potential Elven and Dwarvish tensions, a key to Elvish survival behind Dwarvish lines.

What Are the Silmarils? 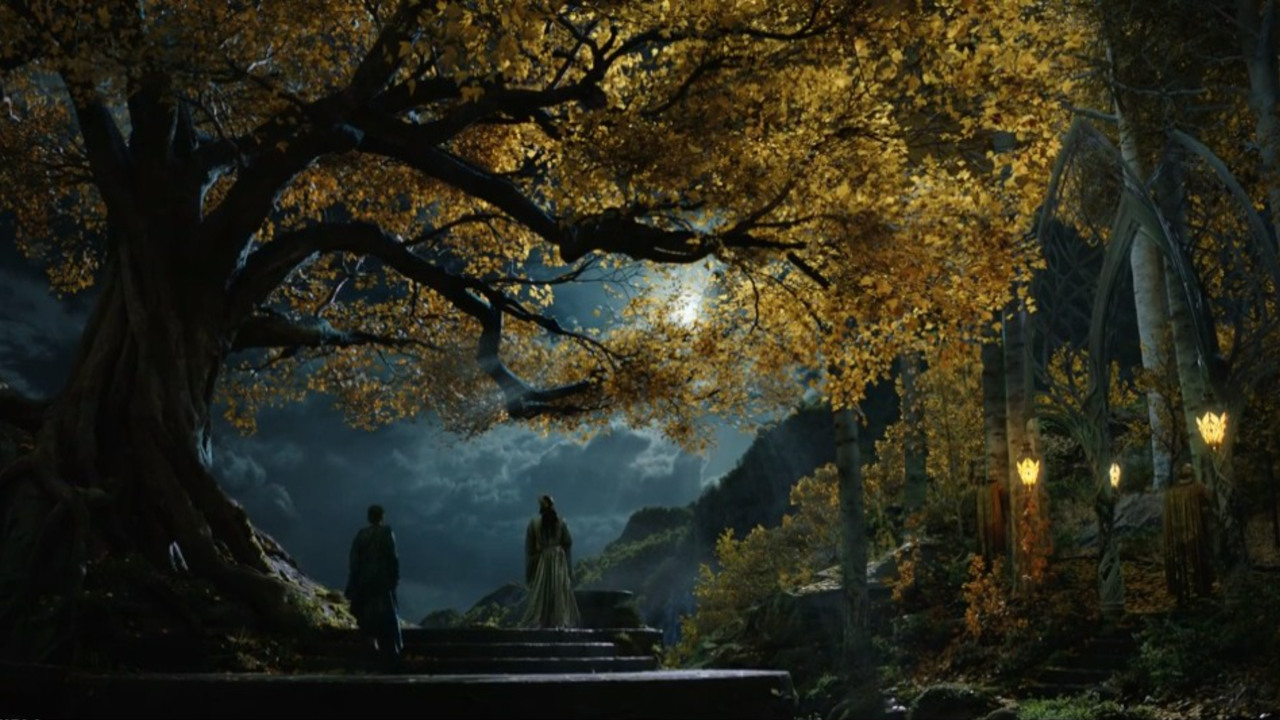 You might be taken aback if you’ve not read too far into Tolkien’s universe, but the Silmarils are the Elves’ most prized treasure, with claims that the fate of the world of Arda itself is woven into these. Crafted by Fëanor from the essence of the Two Trees of Valinor, they are essentially the most brilliant jewels imaginable, and they were so prized by the Elves that, when Morgoth decided to steal them among his acts of rebellion against his creator, the Elves fought to recover them.

While they put up a valiant effort, the jewels were ultimately never recovered, one being sent to the Valar in the skies, the other two being submerged in the sea and another beneath the earth, with The Rings of Power teasing the latter as potentially the Silmaril in question. But the Silmarils were so consequential and central to the First Age that multiple wars were fought over them, eventually ending the era and destroying several parts of the known world. While Morgoth’s attempt at stealing them was ultimately foiled, they never made it safely back into Elven possession.

With this retcon in The Rings of Power, instead of them being an integral part of reshaping the world after Morgoth’s prophesied to return, their disappearance has caused a slow degradation of the Elvish way of life. In a way, it poses an existential threat, and in pursuing mithril to try to regain this lost light, they could very well come close to unearthing the Balrog which resides deeper below these mithril veins, which would spell doom for the Dwarves. In another interesting way, this technically confirms the fan theory that Durin’s box held a Silmaril within, or rather, ore bearing its essence. This certainly ups the ante for Elrond and Durin’s subplot.

Attack of the Fanboy / Entertainment / The Rings of Power: Mithril Gets an Origin Story in Latest Episode