What Are the Backrooms? The Fiction Project Explained

Don't let yourself get trapped here. 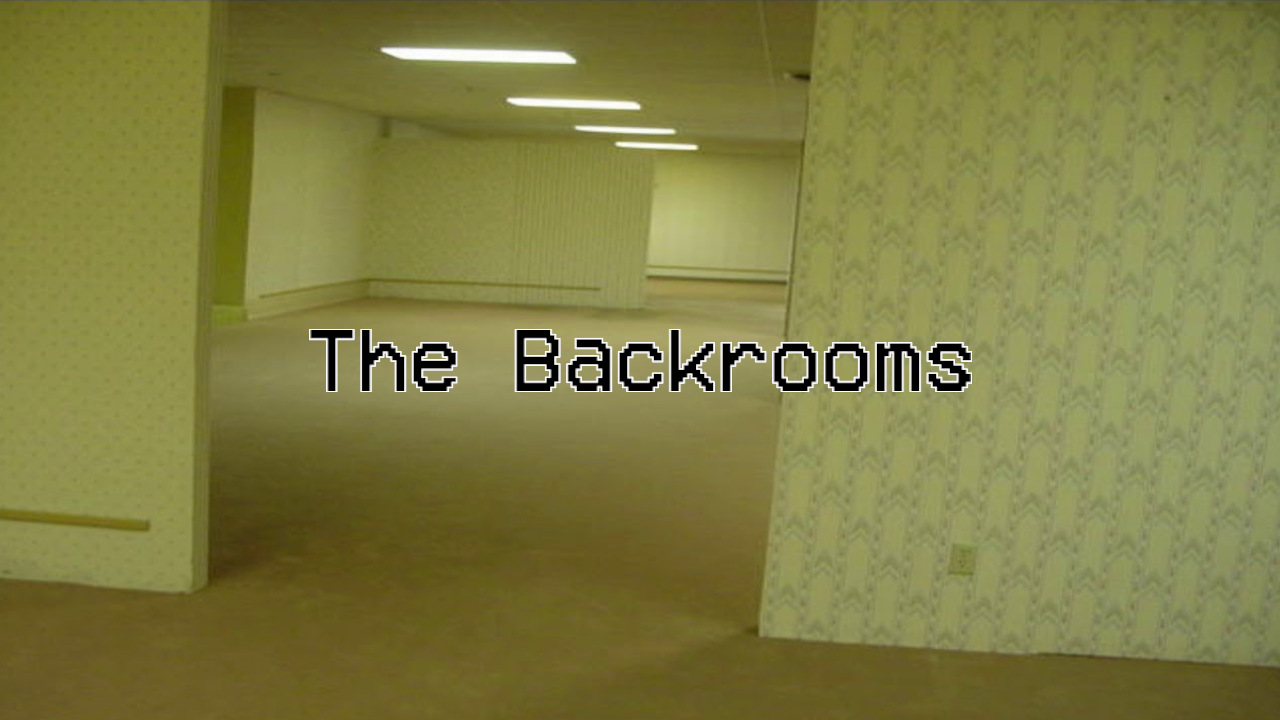 You have likely heard of the Backrooms. Whether you’ve seen the memes, read the stories, seen the photos, or the videos, it has left an undeniable impression on internet culture in a relatively short amount of time. It’s been turned into the basis of countless jokes, with streamers and entertainers at this point potentially not even familiar with the original premise, gripped by its gravitational pull and simple premise. But the Backrooms have an unsettling, rather than humorous, origin. What Are the Backrooms? Read on for our explanation!

What Are the Backrooms? The Fiction Project Explained

Much like many upsetting internet trends and concepts, the Backrooms originated from a photo post on 4chan in 2018 about unsettling images. The original Backrooms photo is a simple picture of a carpeted, fluorescent-lit, seemingly endless wallpapered set of rooms with no doors separating them, taken at a canted angle. Its unsettling, unspoken qualities quickly led to creepypasta depicting the world rendered in the photos as the one you can trap yourself in if you noclip, or pass through solid objects as if in a game glitch, while otherwise living out a normal life. It treats the Backrooms as an ominous purgatory verging on an inescapable hell, with near-infinite levels to its rooms.

If you’re not careful and you noclip out of reality in the wrong areas, you’ll end up in the Backrooms, approximately six hundred million square miles of randomly segmented empty rooms to be trapped in, God save you if you hear something wandering around nearby because it sure as hell has heard you from Gamingcirclejerk

The creepypasta inspired by this post quickly capitalized on the unsettlingly quiet environment shown in the photos and teased the menace of other creatures inhabiting the realm, able to hear any intruders instantly. It quickly made the rounds across social media including Twitter, Reddit, and TikTok as a meme template, the dark humor being used to convey feeling lost, or pursued by menacing forces, be they Minecraft’s Steve or ‘Me and the Boys.’ But one of the most striking things to spawn from this is a form of massive internet collaboration on this infinite fictional reality, including some pretty impressive short films.

The Backrooms, depicted as an endless dungeon of interconnected, empty rooms, has been turned into impressive short film projects over the years, tapping into the ‘Found Footage’ subgenre of horror to convincingly recreate the feeling of isolation and terror in the concept. Other films play into the sci-fi element, such as its existence as a pocket dimension, and accessing it is mysterious and ominous, while others even tie the seemingly infinite world into another popular internet collab, the SCP Foundation.

But more than anything else, the Backrooms concept plays into one of the most fascinating trends common across all demographics of the internet — telling a compelling story that branches into retellings and other stories to add to them. “If you’re not careful and you noclip out of reality in the wrong areas, you’ll end up in the Backrooms, approximately six hundred million square miles of randomly segmented empty rooms to be trapped in, God save you if you hear something wandering around nearby because it sure as hell has heard you.”

Attack of the Fanboy / Entertainment / What Are the Backrooms? The Fiction Project Explained