How to Use Thanos in Fortnite: Battle Royale

Thanos can be a deadly force in Fortnite: Battle Royale if you know how to use him. 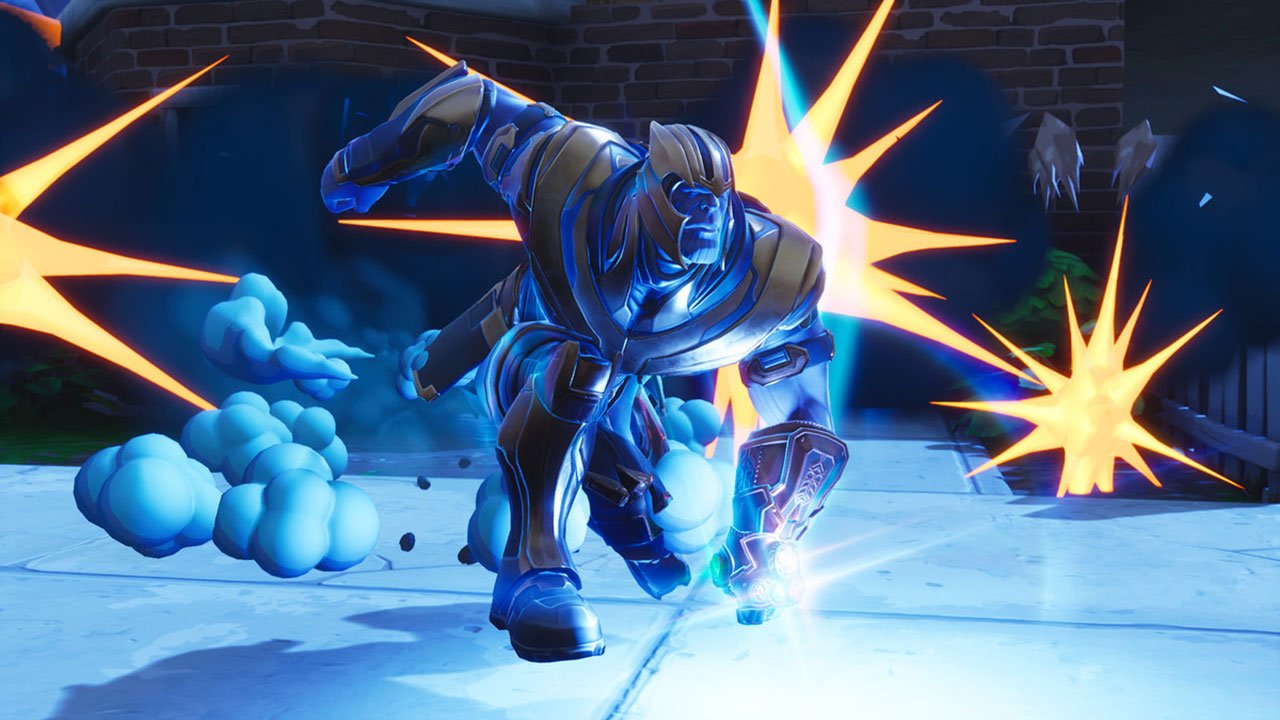 How to get the Infinity Gauntlet in Fortnite

The Infinity Gauntlet will fall by way of meteor onto the Fortnite: Battle Royale map a couple of minutes after the match begins.  You can see the meteor in the sky and can try to track its location and estimate where it will land.

The Infinity Gauntlet will drop again once Thanos has been defeated and then other players can pick up the gauntlet.  It will drop much like other items drop from fallen players.  You’ll find it on the ground by where Thanos has been defeated.  So don’t fret.  If you aren’t the first to pick up the Infinity Gauntlet and become Thanos you still have a chance to get it if you can topple the titan.

How to become Thanos in Fortnite: Battle Royale

To become Thanos you have to be the first player to collect the Infinity Gauntlet.

If you become Thanos, you’ll find that you have far more health and shields than everyone else and a handful of unique abilities.  You’ll have 700 health points and 300 shield points as Thanos.  The character is definitely a tank, and the shield pool can be regenerated if you kill someone.  While this sounds like an invincible character, the downside is that everyone can see you as soon as you become Thanos.

Update:  Epic Games has effectively nerfed Thanos with an update to the game which brings his shield capacity down and health pool up.  The update gives Thanos 800 health points and 200 sheild points. His beam attack (below) has also been reduced in power.

How to use Thanos abilities in Fortnite

Thanos has three different abilities that can be used while playing.  He has a punching attack, a laser beam attack, and a ground slam attack after jumping.

The punching attack allows Thanos to deal with enemies when they are up close and personal.  The melee attack will do around 80 damage to other players, taking only a couple of hits on players with full shields.  The laser beam attack is Thanos’ long range attack.  This beam will chip away at enemy health and shields so long as your aim is steady on your opponent.  The third attack that Thanos has is a ground slam attack where after leaping high into the air, he’ll slam back onto the map doing damage to those that are in the blast radius.  The leap attack does take a little bit of time to charge.

Unfortunately, Thanos does have limited mobility.  He does not function like the default characters in Fortnite: Battle Royale.  He cannot build walls or use any of the other weapons on the map.  He must use his leap to get out of trouble and it does take a few moments to charge up leaving him vulnerable for short periods of time.  He cannot open doors, but can bust through them with his punching attack.

He moves at slow, plodding pace so a handful of players can take him down quite quickly.

Home / Games / How to Use Thanos in Fortnite: Battle Royale