Kingdom Come Deliverance How to Fight

The latest news in the world of video games at Attack of the Fanboy
February 13th, 2018 by William Schwartz 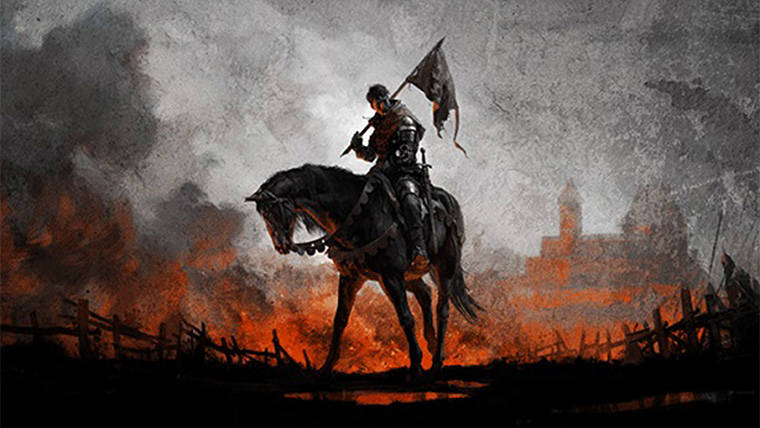 When fighting in Kingdom Come: Deliverance players have a bunch of options regarding what they can use and equip on their character.  The can combine bow and arrow attacks with melee combat or swordfighting as well as equipping a shield for more protection.

Of course, picking the right armor goes a long way in being effective in combat and many combat situations can be avoided in the game.  However, for those times that you do need to fight, you’ll engage in one on one combat.  When in combat a fighting icon will appear under the map on the user interface, and your enemy will be marked with a 5-side star.  This star represents the different spots that you can attack and defend yourself.

Attacking is composed of two different things: slashing and stabbing.

When slash attacking you’ll want to try and strike your opponent in the areas away from their sword or shield.  If your opponent is holding his sword on the left of the screen you should try to swing away from this.  You can aim your strikes by using the right thumbstick while in combat and the direction that you are trying to hit will show up red on the enemy’s star.

But just because you start a swing in one direction doesn’t mean you can’t change it.  You can modify your attacks by pressing one direction and then switching to another one quickly before the strike is complete.

Stabbing on the other hand is a more precise below that aims for the middle of the star.  Different weapons have better ratings for slashing, stabbing and bluntness.  You’ll need to pay attention to what type of armor an enemy is wearing.  If they are wearing weak armor or no armor at all, slashing or stabbing is most effective against this.  While enemies wearing chain mail or plate armor will be harder to penetrate with these weapons.

Combinations can be used as well.  You can chain together attacks by following on screen guidance.  Some combinations require that you manually change the direction of your attacks.  While others will allow you to chain one strike after another and this goes off of the stance that your character is in.  Easy combinations in the game to use with a sword are ones that require no change in direction, you can simply alternate between stabs and slashing from when starting from a specific stance.  To do these combinations alternate between RT + RB.

Holding the block button (LB) during combat will block most standard strikes by your opponent.  Like many games you can’t simply hold the block button without repercussion.  Eventually if you let an enemy pound away on you, you will lose stamina in a fight and eventually start to lose energy if you’re blocking continuously.  Performing a perfect block is essentially pressing the block button at the start of the attack and then pressing it again when it’s about to hit you.  Timing is everything when doing a perfect block, and you’ll notice an indicator on the combat cursor when you have the opportunity to do so.  Using the perfect block does not cost you stamina and you can also counter attack during this with a riposte.  If you counter-attack after you’ve made a perfect block you will perform a riposte.  This can only be defended by the opponent with a perfect block.

While it takes some getting used to, the buttons to press would essentially be block at the beginning of attack, block again when attack is close, and then attack as you are performing the perfect block.

You don’t need to be absolutely aligned with your opponent to block their attack, but the more you can keep your opponent in front of you and guess their attack direction, the easier time you’ll have in performing a perfect block as the window of opportunity for it stays open a bit longer.  Weapons also have defensive stats.  This is how much damage a weapon can absorb while blocking.  Some are easier to block with than others.  Though a shield is the most effective way of blocking attacks as it costs less stamina.

Later on in the game, the player learns a new move called the Master Strike from their trainer, Bernard.  You’ll need to prove yourself skilled enough to learn this attack, but the Master Strike is essentially uses the same button inputs of a Perfect Block, but the counter attack can not be blocked by your opponent.