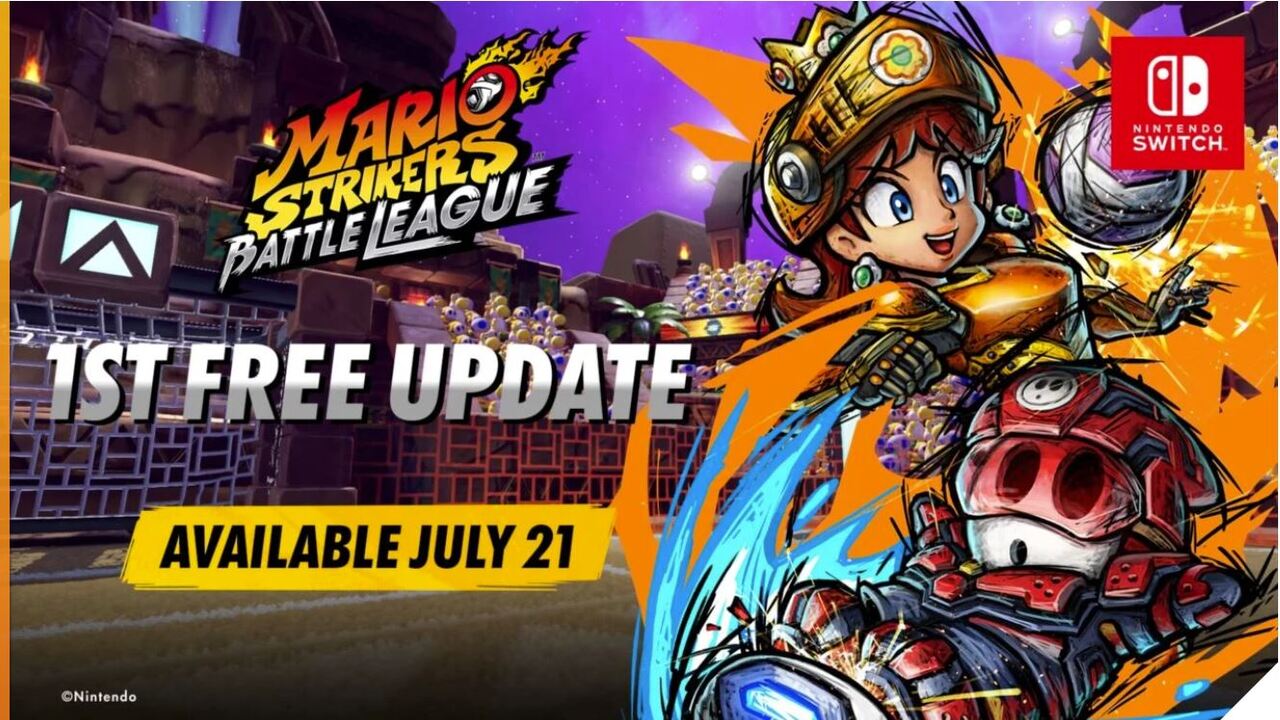 Daisy and Shy Guy are coming to Mario Strikers: Battle League. While fans were bummed that these characters were not included in the original release of the game, we are getting them now with the first free update to the game. There are also a few new features worth noting that are coming with Daisy and Shy Guy. Here is everything we know about the first free update in Mario Strikers: Battle League.

Daisy will be kicking it with the rest of the Mario franchise characters. Here are her statistics in the game:

Though Daisy has a pretty generous build, her specialties are passing, technique, and strength. She has the Flower Spiral Hyper Strike and is a hard one to tackle.

Shy Guy has also entered the pitch. If you thought Daisy was a fairly even character, just wait. Here are the Shy Guy statistics in Mario Strikers: Battle League:

With his natural statistics, Shy Guy is an excellent character that starts with more ability points than others. He is great at tackling enemies and boosting allies to the goal. His special move is called the Propeller Dive Hyper Strike. Shy Guy is perfect for any position and player and only gets better with the right gear.

Speaking of gear, the Knight-Themed gear set is coming with this free update. This gear focuses on improving strength and shooting attributes at the cost of other attributes. We are also getting the Desert Ruin Stadium which features a bunch of different stadium and goal options.

Attack of the Fanboy / Gaming / Daisy and Shy Guy Are Coming to Mario Strikers: Battle League