These classics are sweetening the deal for that Expansion Pack! 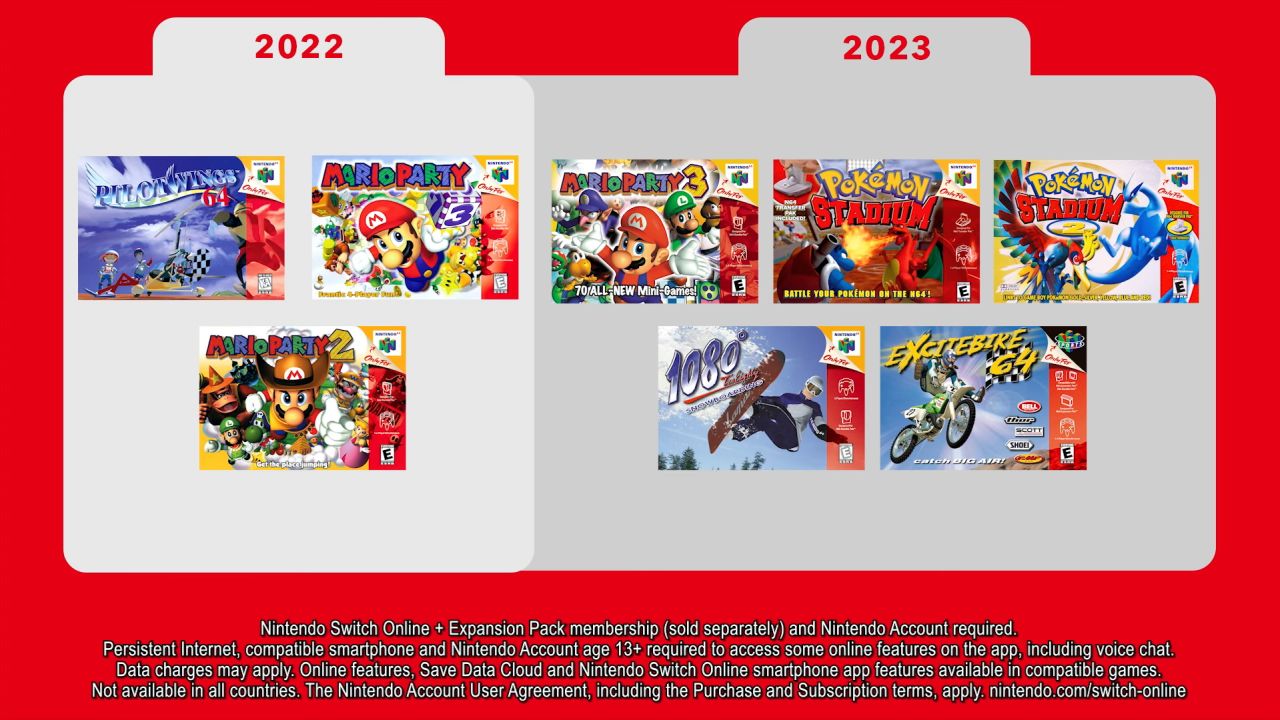 If the Nintendo Switch Online + Expansion Pack wasn’t able to reel you in the first time, these upcoming Nintendo 64 games may do just the trick in sweetening the deal. In the latest Direct aired on September 13, 2022, we have been shown a slew of classic N64 titles that were some of the most popular and fun ones of that era. These include the likes of the first three Mario Party games, Pokemon Stadium 1 and 2, and Goldeneye coming to the Nintendo Switch Online service.

Alongside these huge titles, we can also expect Pilotwings 64, 1080 Snowboarding, and Excitebike 64 to join the roster in this ever-expanding online service. These will all be included in existing memberships for the Expansion Pack subscribers at no additional cost. Although these games are all coming out, only Mario Party 1, Mario Party 2, and Pilotwings 64 will be available in 2022. Mario Party 3, Pokemon Stadium 1 and 2, 1080 Snowboarding, and Excitebike 64 are slated for a 2023 release. As for Goldeneye 007, all we know is that it’s “coming soon” to Nintendo Switch Online.

Furthermore, with these upcoming N64 titles coming to the catalog, there are no precise dates on which they will come out. There’s a shorter window of expectancy for the 2022 releases since we only have a few months left in the year while the 2023 ones are in a more broad window. Only time will tell when they finally drop, and they should all come with online functionality. The same also applies to Goldeneye.

While many other picks are still out there to come to the Nintendo 64 catalog of games, new additions have been long overdue. These games are also the perfect ones to come out at a time like this, especially the Pokemon and Mario Party games. With the releases of Pokemon’s 9th generation on the horizon, these Stadium games, although they only go up to the second, will certainly spark some additional interest in the series.

As for the Mario Party games, we have seen the successful launch of Mario Party Superstars last year, so it’d be fitting to see the true roots from which these boards and minigames came. In short, it’s a good time to dig into nostalgia or experience the roots of long-running franchises for the first time.