Madden 23's PC version is not as next-gen as many players wanted it to be. Madden NFL 23’s PC version is everything but next-gen, and thousands of players are already venting their frustrations regarding the game’s missing features and more. Madden 23’s launch has been a rocky one, to say the least, and every day more players are leaving negative reviews on sites like Steam.

Madden 23 launched on early access on August 16, and since then, the game has been gathering a lot of attention from the gaming community, but for the wrong reasons. Players have been dealing with an annoying bug on the franchise mode that has been causing a lot of harm to players’ experience. The free agency bug is not letting CPU-controlled teams keep their star players, and this is messing with the game’s immersion and roster-building process. But this is not the only complaint Madden 23’s players have been making since its launch.

For the last couple of days, players on sites like Reddit and Madden 23’s Steam page have been complaining about the game for a few reasons. According to many of the comments and reviews on Steam and the Madden subreddit, Madden NFL 23’s PC version lacks several next-gen features that according to players, should be on the PC version of the game. Things like Fieldsense, skill-based passing, and 360-degree cuts are not featured in the PC version of the game, and hundreds of players are already complaining about how they got the short end of the stick this time. Some players feel like EA gave them the same game with a roster update, and unfortunately, more players are agreeing with this statement every day. 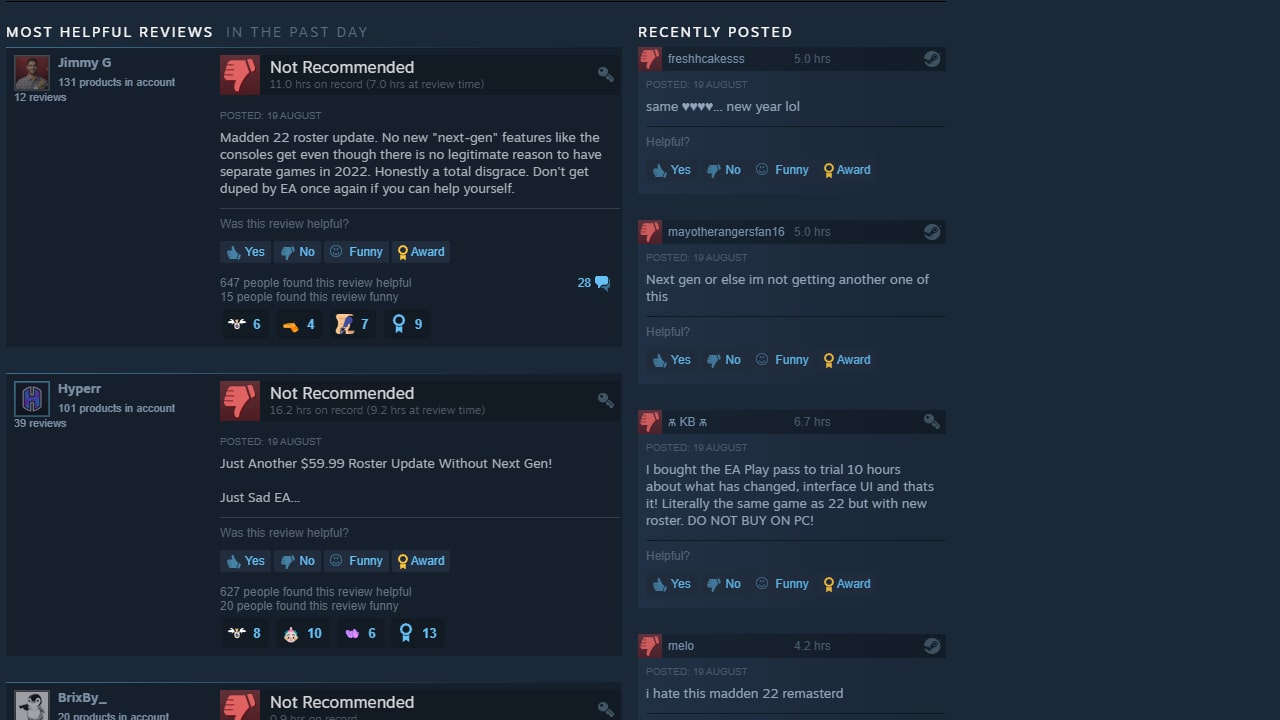 So far, Madden 23 has had a rocky start since its early access launch on August 16. The number of players complaining about the lack of features is impressive, and many of them claim this will be the last time they play a Madden game, while others are considering getting a next-gen console to play the title with all the missing features.

Madden 23’s reviews over on Steam are everything but positive, and at the time of writing this article, the game has mostly negative reviews, and they do not seem to stop. If you are one of the many players that do not know which version of Madden 23 to get, make sure you read our article, where we go into great detail on how different they are.