Animal Crossing: New Horizons – How To Back Up And Restore Your Island

Protect your island in case of emergency. 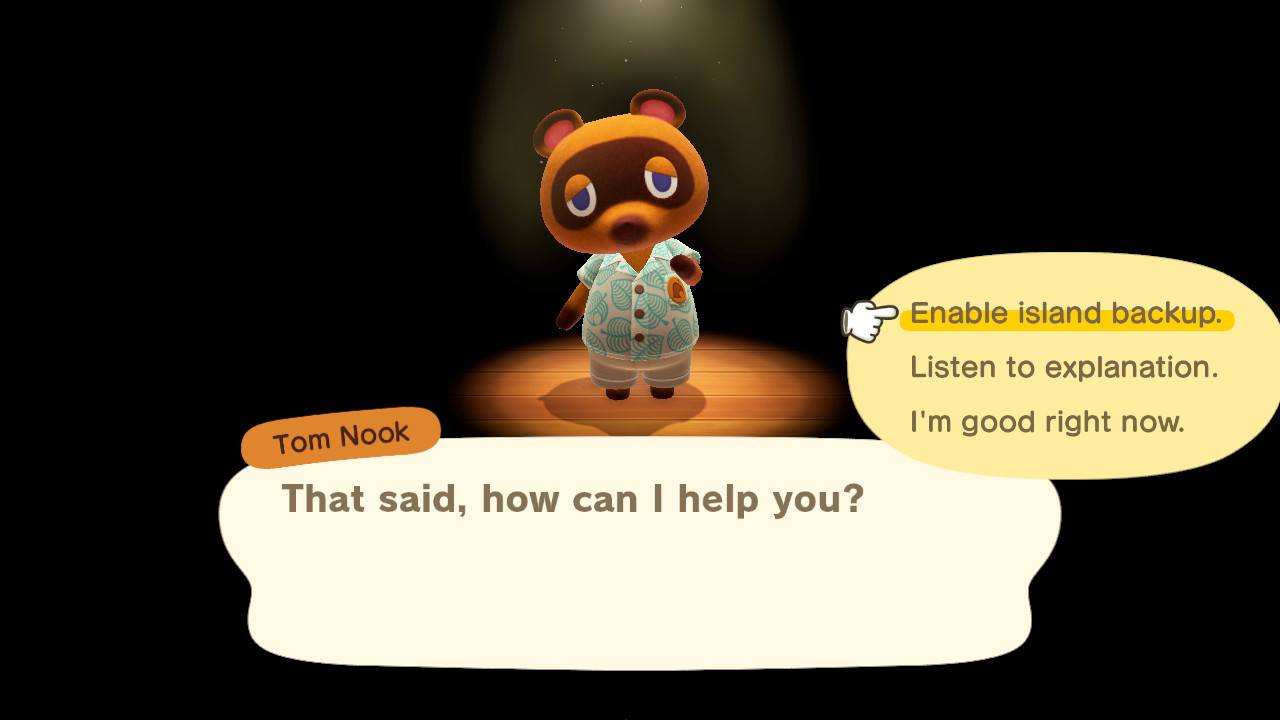 With the advent of Nintendo Switch Online finally came the addition of Cloud Saves for the Nintendo Switch. This not only made it easier for players to transfer saves across multiple Nintendo Switch consoles under their user account, but also served as a way to back up your saves in case your Switch was broken, stolen, or any other reason you would lose your save. However, there are some major titles that have not supported cloud saves, such as Pokemon Sword and Shield and Splatoon 2, with arguably the worst of all being Animal Crossing: New Horizons. Thankfully, Nintendo has finally implemented cloud saves with Animal Crossing: New Horizons, but it is very limited and this guide will explain how it works.

How To Back Up And Restore Your Island

Cloud saves on Nintendo Switch are often pretty simple and are done automatically from the start. Animal Crossing: New Horizons never makes things easy when it comes to this though, as it requires you to enable it in game first.

To go about doing this, start up the game and wait until you get to the title screen. Rather than pressing the A button like you normally would here, you want to press – to bring you to the Settings. This will take you to a different area with Tom Nook where he will first say that any children should have an adult help with this and then give you some options.

While you may think this means you can either transfer your island to signing in with your account or go back and fix a mistake you’ve made by just reloading your island on your existing Switch, that is not the case here. In fact, there are only a few occasions in which you can restore your island that you’ve backed up, which includes if your Switch was broken, stolen, or lost. For each of these, you will have to work with Nintendo to go about recovering this. Prior to this, it was impossible to get your island back if something happened, so at least there is a method to help.

For those still waiting to be able to move your island to another Switch system, Nintendo still says that update will be coming later this year. We don’t know when though, so you’ll just have to keep waiting for now. Even so, it is great to have a backup in case of emergency with the number of hours people have put into their islands in Animal Crossing: New Horizons.

Home / Game Guides / Animal Crossing: New Horizons – How To Back Up And Restore Your Island