Get a three star rating to bring K.K. Slider to town. 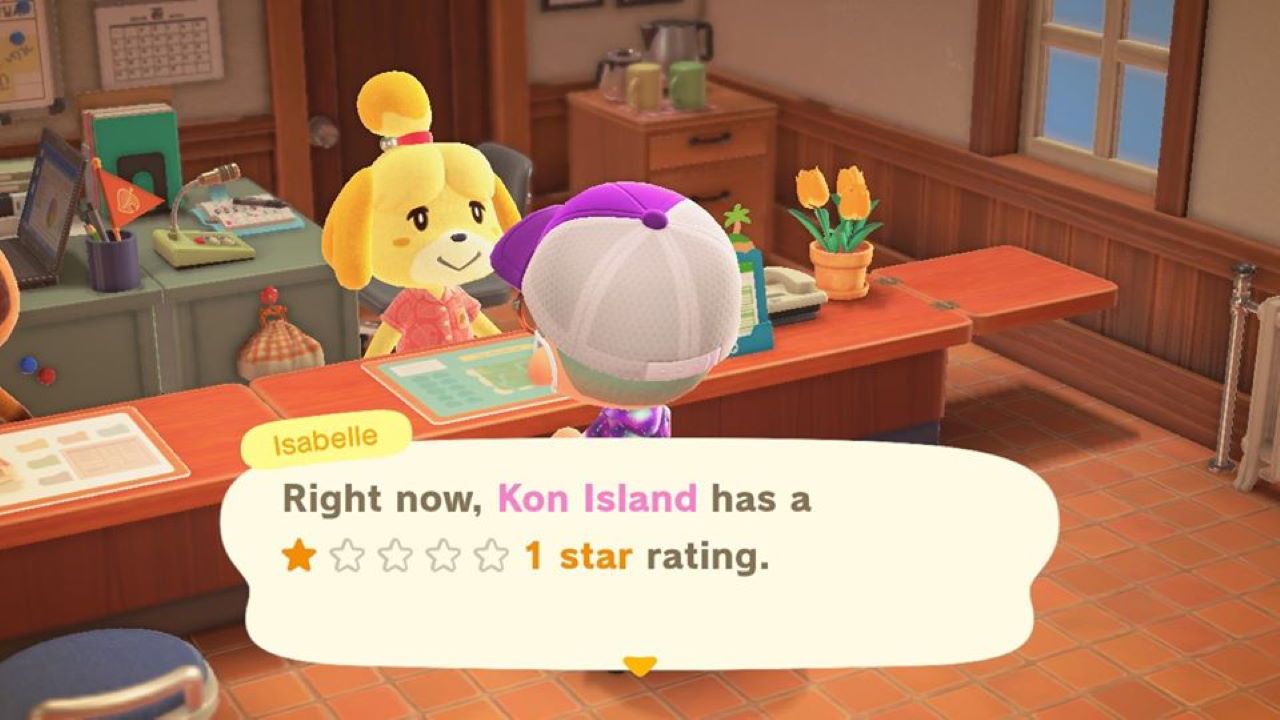 Near the end of what has likely been a two week long process of improving and building out your island in Animal Crossing: New Horizons you start to see the light at the end of the tunnel. K.K. Slider might come to town, cementing it’s status as the best new place to live. But to get him there you need to start getting better island evaluation ratings. These reviews are taken by Isabelle from the villagers still living alongside you. You’ll likely start at one star, but need to get to at least three, and you’ll surely want to do so quickly. Here’s how to raise your island rating evaluation score in Animal Crossing: New Horizons.

How to Raise your Island Rating Evaluation Score

The official term is island evaluations, but this has been called many names by players, including “approval ratings”. No matter what it’s called it boils down to the same thing: your island needs to improve. How do you do that? There’s lots of ways, but you should start by filling up as many houses as possible. The more villagers giving Isabelle a review, the better your score will get, so head to mysterious islands, build the pre-selected houses, and get the island ready for villagers to move in.

To enhance the island in other ways, which will also lure villagers to your campsite you should also make sure the whole island looks nice. Pick up any weeds that grow, plant trees and flowers, and beautify the island wherever possible. Another trick is to just put some fencing and outdoor furniture down wherever you can. These are especially liked by many residents, so either put fences around some flowers, or just slap it in the corner of your island, then place some furniture inside till K.K. Slider leaves. Whatever you have to do to get that island rating up is the key here.

That’s all there is to know about how to raise your island rating evaluation score in Animal Crossing: New Horizons. Once you get enough villagers and toss enough of this outdoor stuff on your island the island evaluations should raise into the three star range. Approval ratings are tough to manage though, so keep at it whenever possible. You just need to trigger this semi-endgame so that you get to the real meat of the experience.