Animal Crossing: New Horizons – How to Swim and Dive

Summer's here, so head to the beach 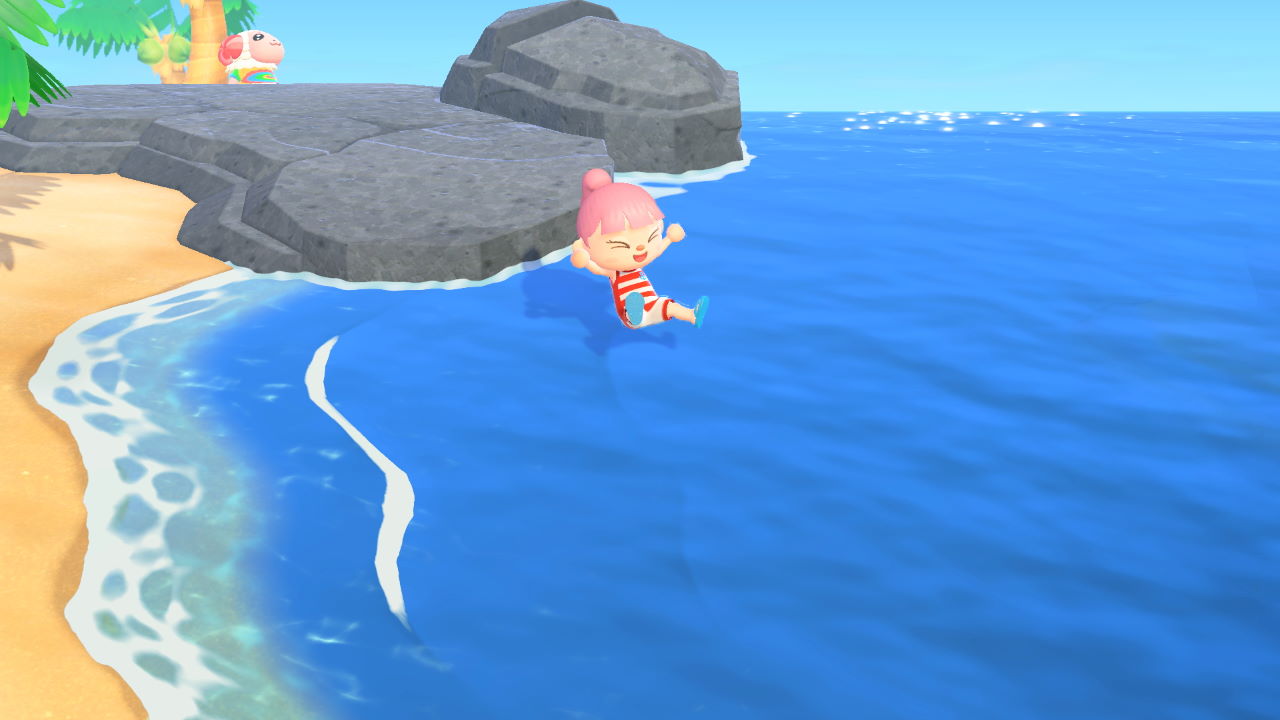 After many fans assumed the feature was removed in the transition from New Leaf to Animal Crossing: New Horizons, swimming and diving are back. Added via the first summer update, the feature not only increases the amount and types of creatures you can donate to the museum, but also offers a bunch of fun activities and visitors. But to take part in all of this, you need to know how to do it. Here’s how to swim and dive in Animal Crossing: New Horizons.

There’s two important things you need to have in order to dive. The first is the actual Animal Crossing: New Horizons summer update, which arrives on Friday, July 3rd. While the southern hemisphere is currently in winter, the update is still the same, as is the process you’ve likely went through a few times before. For those that haven’t, just starting the game should trigger it, but to force an update you can hit Plus on the game’s icon to find the update option.

Once downloaded a key piece of eqipment will be added to both Nook’s Cranny and the Nook Stop in Resident Services. The wet suit is a requirement to swim and dive in the game, but you can buy them right from Nook’s Cranny for 3,000 or from the Nook Stop for 800 Nook Miles. Once you have it you just need to put it on then head to the beach to hop in the ocean for a swim.

From the trailer it seems like you can just run right in, but you’ll actually need to press the A button to jump. You can then press A again to swim faster around the water. Once in the water you can swim around just like you were walking, but you’ll want to get under the water to grab those important creatures.

Whenever you’re swimming around the ocean in Animal Crossing: New Horizons you can dive under the water to see if there are any valuable or rare creatures/items to grab. Press Y to dive under and start swimming around under the sea. You’ll go back to the surface if you run out of air or can go back manually by pressing Y again. If you see bubbles or a shadow, similar to the fish shadows near the shore, you can swim up to it and grab it to bring it back to the surface and put it in your pocket.

After that you can head back to land to donate them to the museum or sell them for Bells. But don’t rush back as there are visitors like Pascal to interact with, so be sure to explore. Otherwise this is what we know right now about how to swim and dive in Animal Crossing: New Horizons. Check back once the update is out for more details.