Everybody's favorite owl is coming to the island. 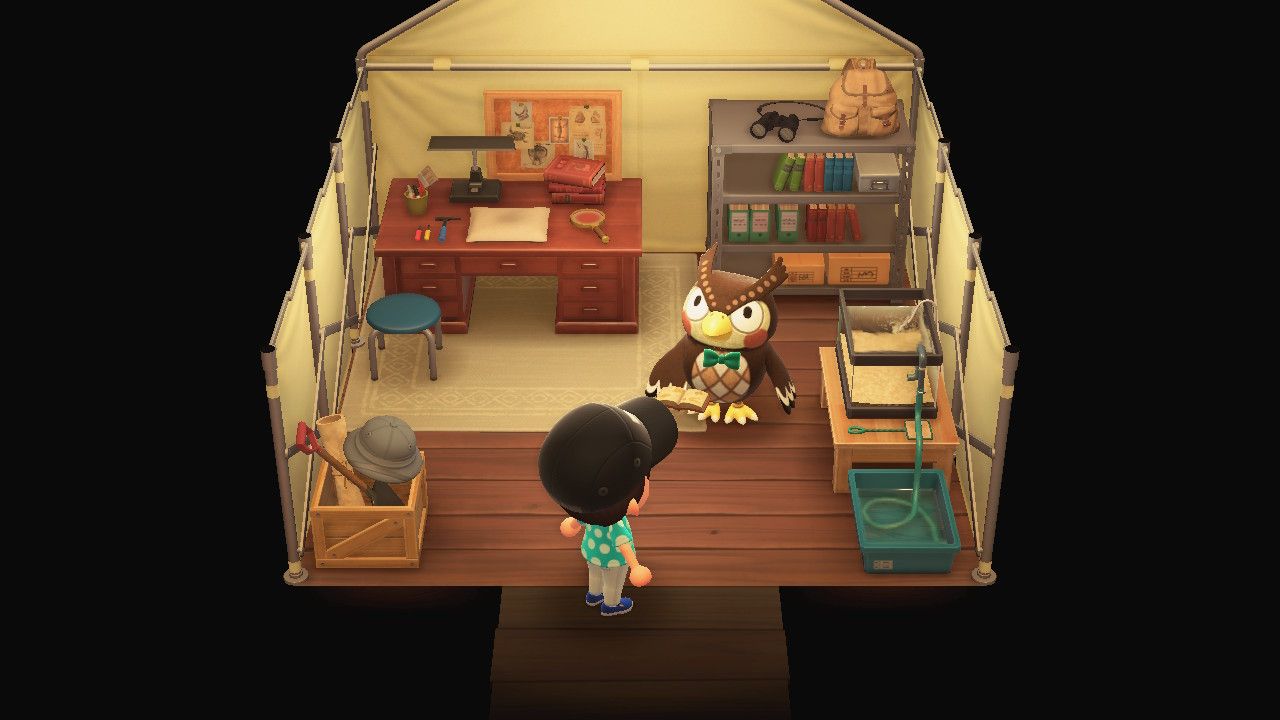 The opening tasks in Animal Crossing: New Horizons are pretty simple for you to figure out, with Tom Nook instructing you on what to do. They do start to get a little more vague after awhile though, with one of them involving you collecting creatures for him and him continuing to call his friend at the museum. This mission ends up leading to Blathers’ arrival on the island, but you may have some trouble finding him and this guide will explain where you can find him.

The path to getting Blathers to come to your island involved the eventual building of the museum, which you can read in more detail about in this guide. For a general rundown though, you basically have to go around the island and find five unique creatures by either fishing or catching bugs in your net.

After finding each creature, return it to Tom Nook and he will make a call to his friend that is a curator at the museum. After the fifth one, Tom Nook will receive a phone call from his friend that ends up being Blathers and says he will be coming to the island. At this time, Tom Nook gives you a tent to go out and place anywhere on the island that you like.

At this point, you must go place the tent somewhere and it will sit there as a work in progress. You might expect Blathers to have arrived and be somewhere nearby, but he is nowhere to be found. That had us first asking, where is Blathers?

You can explore all you want here, but there’s nothing you can actually do to make Blathers appear. Instead, you have to play the waiting game. You can go ahead and do other stuff on the island like continue to fish or collect items around the island to sell for Bells or to craft with.

The key to get Blathers to appear is to just way. You must wait until the start of day two for him to show up, which is signified by Tom Nook giving a morning announcement to the island. After that point, you can simply go to where you played the tent that was previously in progress and it will now have been fully built. Head inside and you will get to meet Blathers the owl.