Use opals to buy store items without spending any cash. 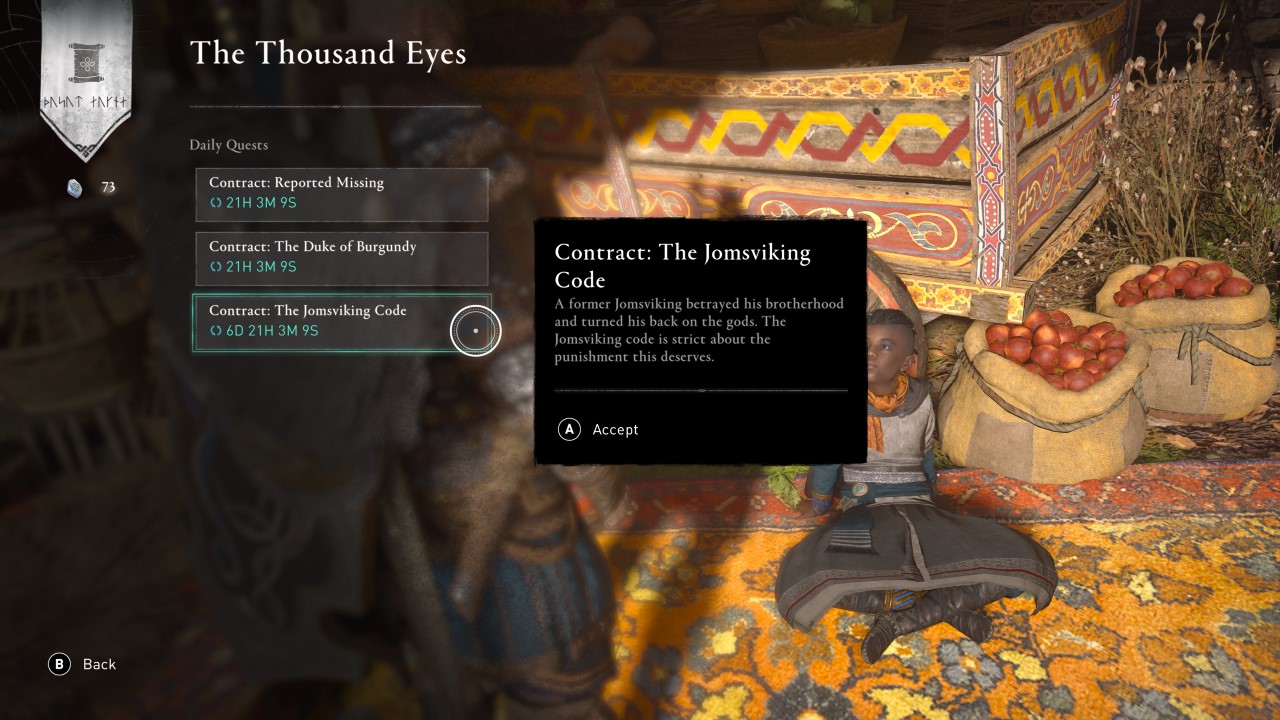 The Thousand Eyes in Assassin’s Creed Valhalla sells cash shop items for opals, meaning players don’t always have to spend cash to buy what they want from the store. That said, opals are not always easy to come by, but they can be acquired a couple of ways.

Opals in Assassin’s Creed Valhalla can be found in the world, or earned by completing contracts.

As you explore England and beyond in Assassin’s Creed Valhalla you’ll stumble upon all sorts of loot, to include opals. These show up as bluish-white pulses when you trigger your Odin Sight, and are often co-located with either a small Wealth cache (the smaller yellow dots that show up when you zoom all the way into the map, and don’t count towards zone progression), or near an Artifact (the white icons). Opals can also be found on their own in the world, and if you see a cave entrance out in the wild it’s a good idea to peak your head inside.

Opals found in this manner don’t add up to much, however. Each opal you find in the world is just that, an opal. Many of the items in The Thousand Eyes shops go for close to 120 opals, so if you want to grab what you want in time (items are on daily and weekly timers) you’ll need to take on contracts. Contracts are available at the various The Thousand Eye vendors scattered across England, which are indicated on the map by a Norse knot icon in Assassin’s Creed Valhalla. They can be found in the major villages and cities, and within your settlement.

Each vendor will have a selection of contracts, and they are all relatively simple affairs. Most involve going to a location, then killing/finding someone. The daily contracts in Assassin’s Creed Valhalla provide 5 opals, while the weekly reward 20. To put it bluntly: you’ll want to grind these out daily to maximize your opal stores, then sit on them until something you absolutely crave appears in The Thousand Eyes shop. One final note: you will need to be connected to the internet to not only access The Thousand Eyes shop within Assassin’s Creed Valhalla, but to take on contracts for opals. Otherwise, you’ll need to scour the world for those bluish-white pulses.