Astral Chain: How To Strengthen Legions

Pump up your Legions to better yourself in battle. 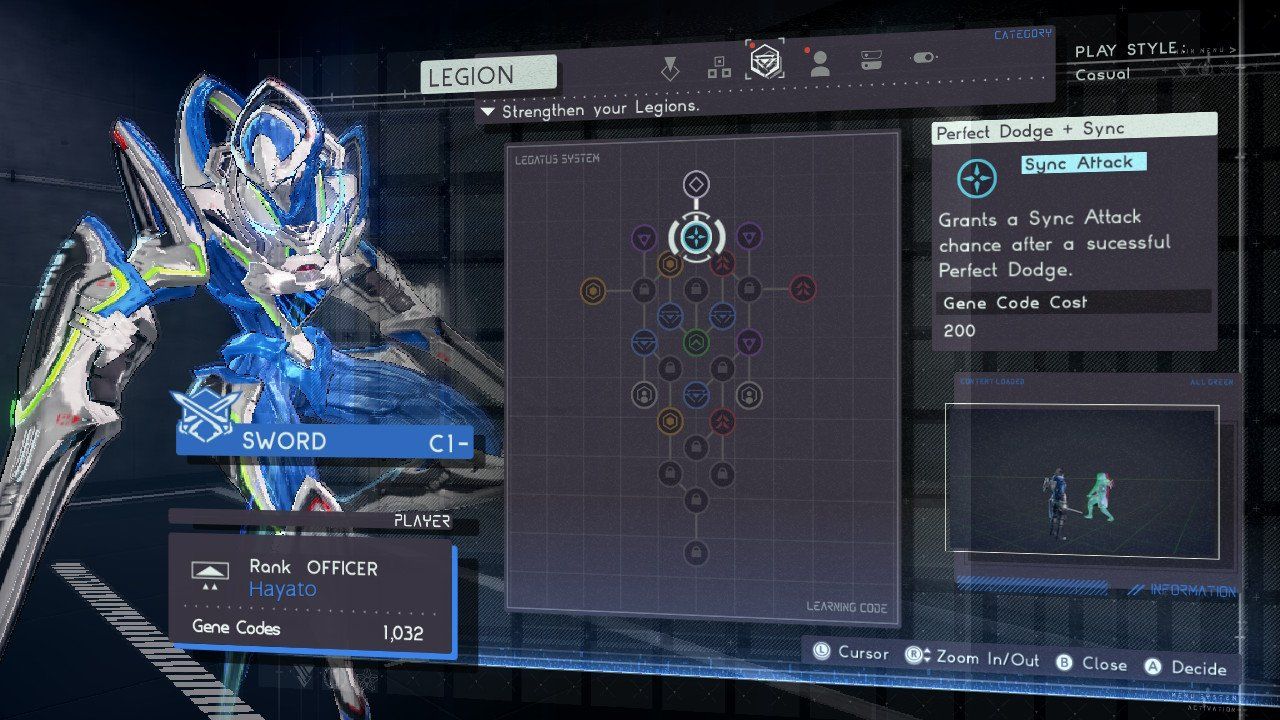 One of the core elements of Astral Chain are that of Legion, special chimeras that you can bind with and have as part of your arsenal. There are five different Legion to collect in the game, each of which can be upgraded to make stronger in the game. This feature is not available at the very start of the game, but this guide will explain how to do so once it is unlocked.

You will have to wait a bit into Astral Chain to the point where all the Legion are lost and you then are able to rebind with Sword Legion and get the blue hair. After this point, you should be able to open up the pause menu by pressing – and then scrolling to the right by pressing R until you see the heading titled Legion.

Under this heading, you will have four options to choose from: Legion Learning, Assign Skills, Abilities, and Reorganize. Start by selecting Legion Learning, which will bring up a skill tree for that given Legion. Highlight one of the ones you do not have unlocked yet and you will see a cost associated, which are done by “Gene Cost” that you collect otherwise in the game. Just clicking on the one you want will not automatically unlock it, but rather bring up a screen with a bar that requires you to hold down ZR to Administer Gene Code to it and then pressing A to Decide when it’s done.

You’ll also notice others with a padlock on them that you can unlock by spending Material Codes you’ve collected, with varying levels of rarity. After unlocking it, you will then have to pay the Gene Cost on top of that to actually use it in the same way as mentioned above.

After unlocking some Skills on the skill tree, you can then go back and select the Assign Skills subheading to place two skills on the Y and X buttons that your Legion can use in battle. The Abilities subheading also lets you equip abilities that you have found while playing the game, which can add perks such as boosted item drop rates and increased Gene Code absorption.

Even though Reorganize is under this heading, it does not involve the actual strengthening of the Legion. Instead, it just lets you move around the Legion on the selection wheel if you so choose.