Be the best you can be in battle with these helpful tips! 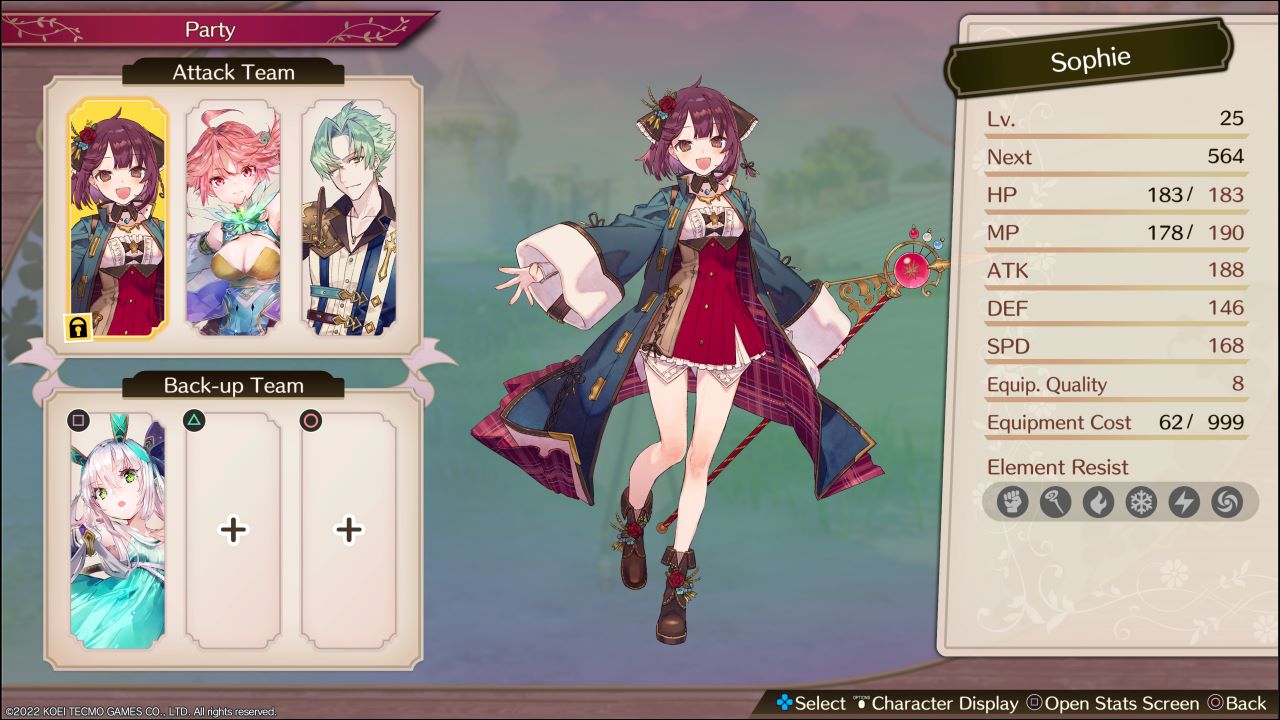 Atelier Sophie 2 is the newest game in the long-running Atelier franchise and helps mark the series’ 25th anniversary. There is a lot of love and care put into this game, and one place that shines is in its battle system. Featuring your standard turn-based battle system with a bit of a twist, we’ll show you how to continue to come out on top of every fight, and make sure that every victory is earned and deserved.

Keep track of your team 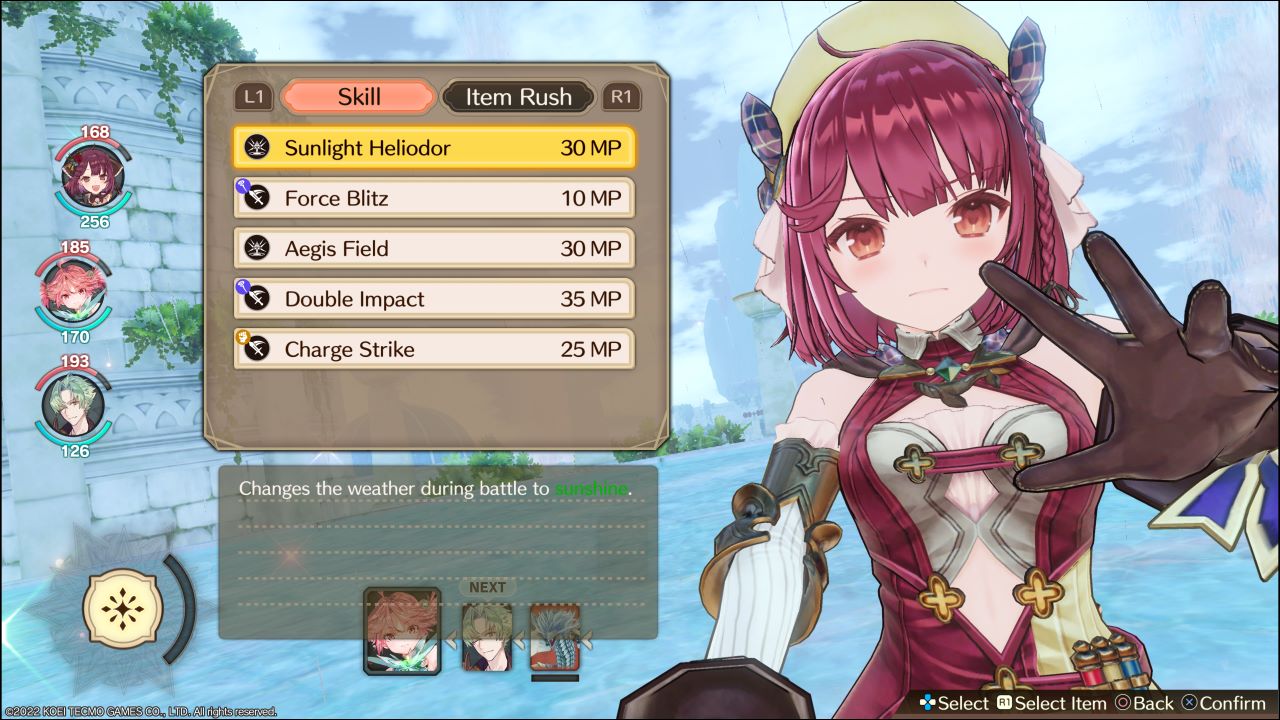 As you progress through the world of Atelier, you’ll begin gathering up more and more teammates that will help you along the way. Some may be offensive powerhouses, while others may be more defensive-minded. Keeping this in mind while building up your team is a great strategy, as you can utilize their powers even if they aren’t in your main squad.

With Atelier Sophie 2, you’re able to have 3 teammates on the front lines, and up to 3 teammates that are in the “background”, as they can be brought out with special actions and points that you earn in battle. Utilizing these powers allows you not only to attack twice in one turn but also allows to swap out spots with a teammate.

You may find times that Sophie doesn’t have a spell that would work effectively against a current enemy, but Olias does. Having him in the background, you’re able to utilize a special Twin Attack, that not only lets you unleash two powerful moves, but can also replace Sophie with another character for that battle. This makes strategizing during a fight much easier than in a lot of other JRPG games.

Defense is the Best Offence 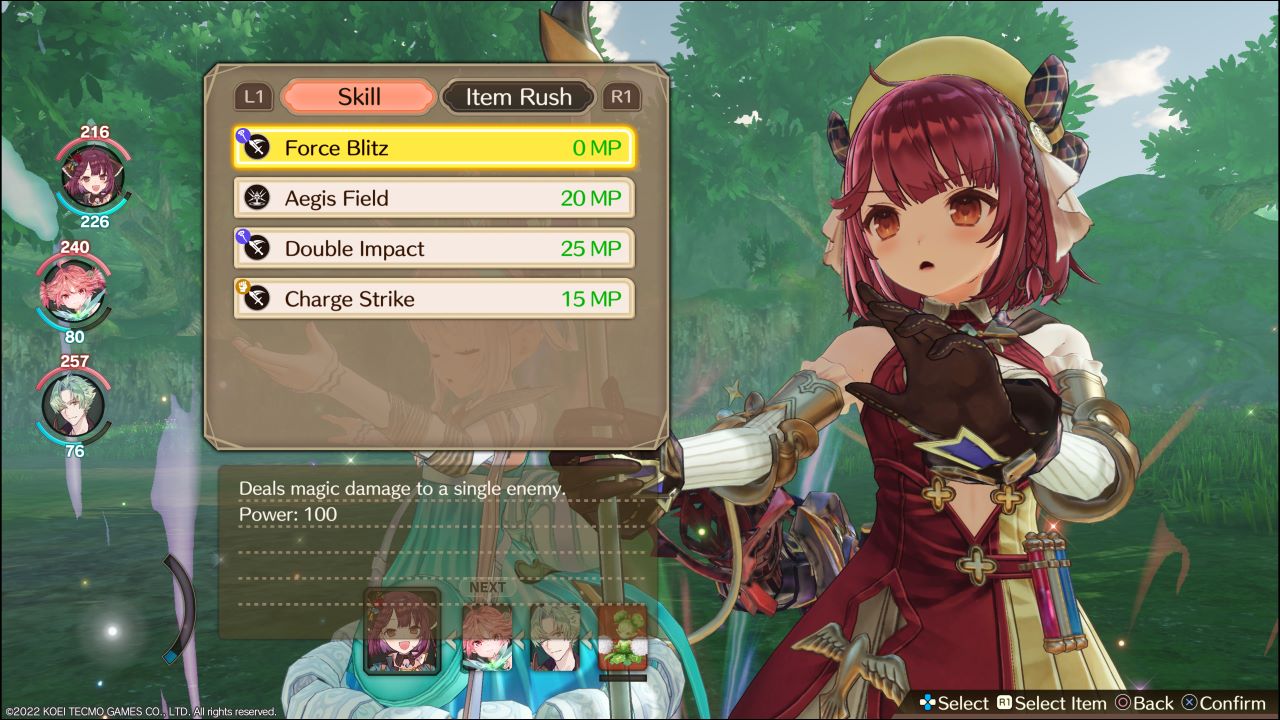 Finding a character with a high defensive stat and putting them in the background of your fight is another great tactic to make sure you come out of a battle unscathed. Let’s take the character Plachta for example. She fights with a disembodied shield and gauntlet, and while she has a great amount of offensive power, her defense is a greater stat. Keeping her in the background to use as a shield during larger attacks, to protect a weaker party member, is a great option to have.

Olias, the greatest bodyguard to ever live, is very strong, but quite weak on the defensive end. Blocking a major attack from an enemy when prompted by swapping him with Plachta works great, as taking a hit for a friend also increases her Defense rating for the remainder of the battle.

Atelier Sophie 2: The Alchemist of the Mysterious Dream is available February 25th, 2022 on Playstation 5, Playstation 4, Nintendo Switch, and PC.