Bleeding Edge – How to Collect and Use Power-Ups

A boost that can give you the advantage. 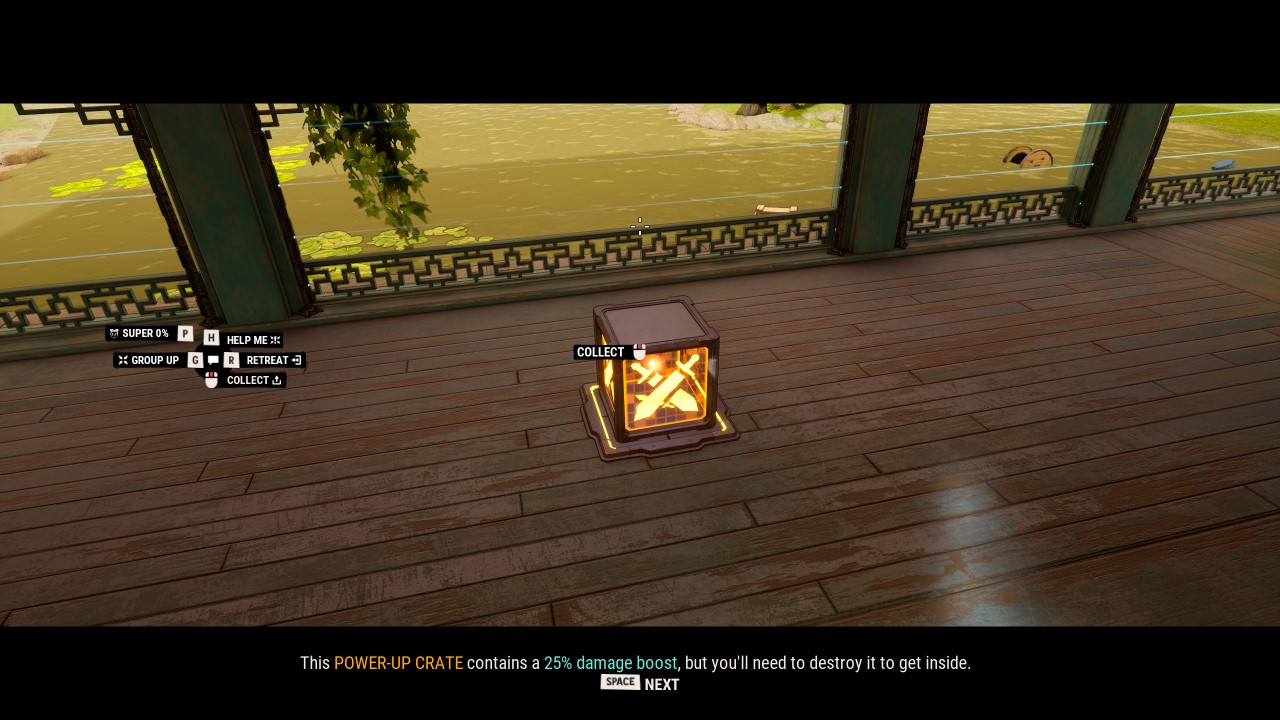 Timely use of power-ups in Bleeding Edge can swing a team fight in your favor, but it will pull you away from battle and takes a while to respawn. These glowing caches are worth grabbing, but time and place is paramount to success.

Power-Ups are dotted across the arena, and you have to break it open to use it.

Power-Ups comes in two flavors: a damage boost and a defense boost. The attack boost can be found in crates with two swords on them, and defense power-ups are in crates with a blue shield. These crates are resilient, so if you want to grab a power-up it will take a few seconds to pop the cache.

Once you do pop a power-up crate it will delay a second before spawning – this is to allow teams to coordinate who gets the buff, and not the person who was hugging the crate right after they broke it. I.E. don’t pop the crate and run! You can confirm you have the power-up via an icon that will appear next to your healthbar.

A timer will appear above the power-up spawn point, indicating how long until a new one spawns. This is typically over a minute, so power-ups need to be used judiciously. They are also placed away from objectives, so if you plan to grab one make sure your team is not in the middle of a team fight where your exclusion could equal defeat. These are best grabbed with some coordination, so don’t go hoovering up power-ups just because you can in Bleeding Edge: they are a tool to assist your team, not an instant-win boost.