Borderlands 3 How to Get the Gun Gun, Eridian Fabricator

This weapon fires other guns instead of bullets. 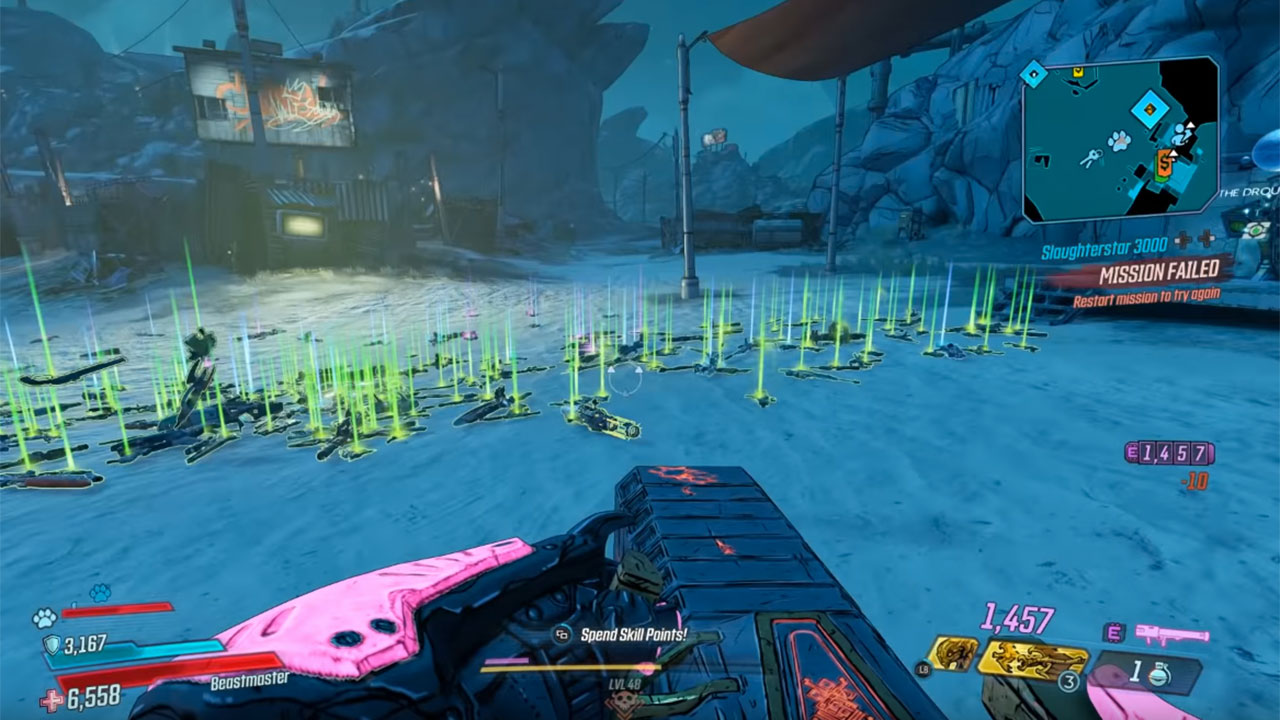 Depending on how you’re progressing through Borderlands 3 you’ll get the weapon when you around level 30+.  When you get to the story mission “Footsteps of Giants” you will meet an NPC along the course of the story that has the Eridian Fabricator GUN GUN and they will offer to use it to shoot guns out for you if you give them Eridium.

However, they will then ask you to accompany them on a mission.  After completing this mission the NPC will hand over the weapon and you will be free to equip it and use it.

Once you’ve got your hands on the Gun Gun you’ll find that it indeed shoots guns instead of bullets, and will fire out 10 guns for every 10 Eridium used.  It requires that you have at least 10 Eridium to use it.

At this point in the story you will already have the ability to farm eridium, so you should have plenty to keep firing the Gun Gun until you’ve built up a big arsenal of weapons.

Home / Game Guides / Borderlands 3 How to Get the Gun Gun, Eridian Fabricator