Borderlands 3 has a ton of different Easter Eggs for players to uncover.  One of those is the Dinklebot found on Promethea which is a nod to Peter Dinklage’s role as the Ghost in Destiny.  While Dinklage was edited out of Destiny and replaced by Nolan North, he will forever be remembered as Dinklebot.  Gearbox certainly remembered and put it in Borderlands 3.  They’ve even decided to reward players for finding it with Loot-o-gram items that the rare spawn drops. 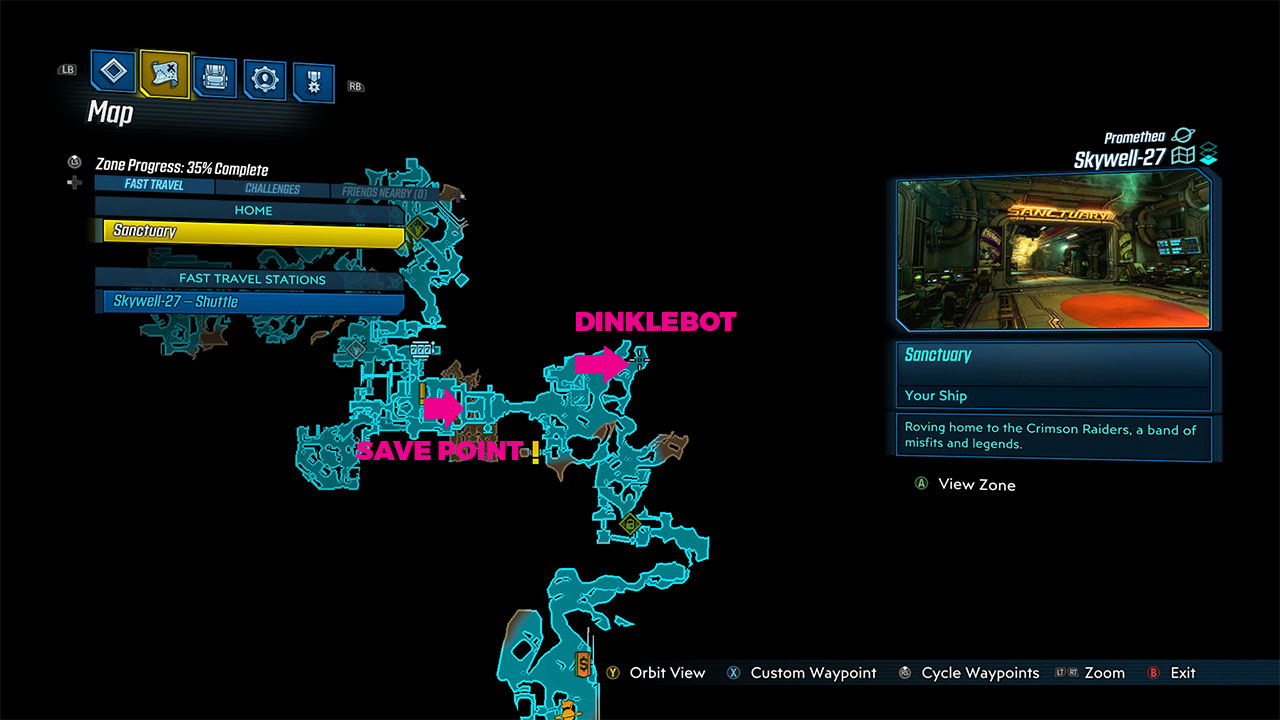 To find the Dinklebot you’re going to want to head to Promethea and then into Skywell-27 area of the planet.  You can spawn in at the fast travel point and then if you can either head to the location we’ve marked or try to make your way to the closest save point and then begin farming.

Dinklebot will spawn out of the trash next to the truck in this corner of the Skywell-27 map.  Dinklebot will spawn numerous flying enemies during your fight with him and he’ll constantly be teleporting around the map.  Once you’ve defeated Dinklebot you can either collect your loot-o-gram and quit out of the game to try and farm these items or collect your loot-o-gram and head back to Crazy Earl on Sanctuary to redeem it.

It’s important to note, Dinklebot will not spawn every time you head to this location.  If he does not spawn, simply restart the game and head back to the same location until he does. The Loot-o-gram can be turned in to Crazy Earl on Sanctuary.  He’s at the bottom of the ship near Ellie, and he’s the guy hiding behind the door that will allow you to purchase items with Eridium.  When you approach the door when having a Loot-o-gram you will see the menu option to turn in Loot-o-grams.  Select this and then Crazy Earl will spit out random weapons.

In our experience in farming for Loot-o-grams by beating Dinklebot we’ve gotten mostly common items that are near our current level.  You do have the chance to potentially pull a legendary orange item from the loot-o-gram, but it hasn’t happened for us yet.