Call of Duty: Advanced Warfare — Should you Prestige?

The latest news in the world of video games at Attack of the Fanboy
November 5th, 2014 by William Schwartz 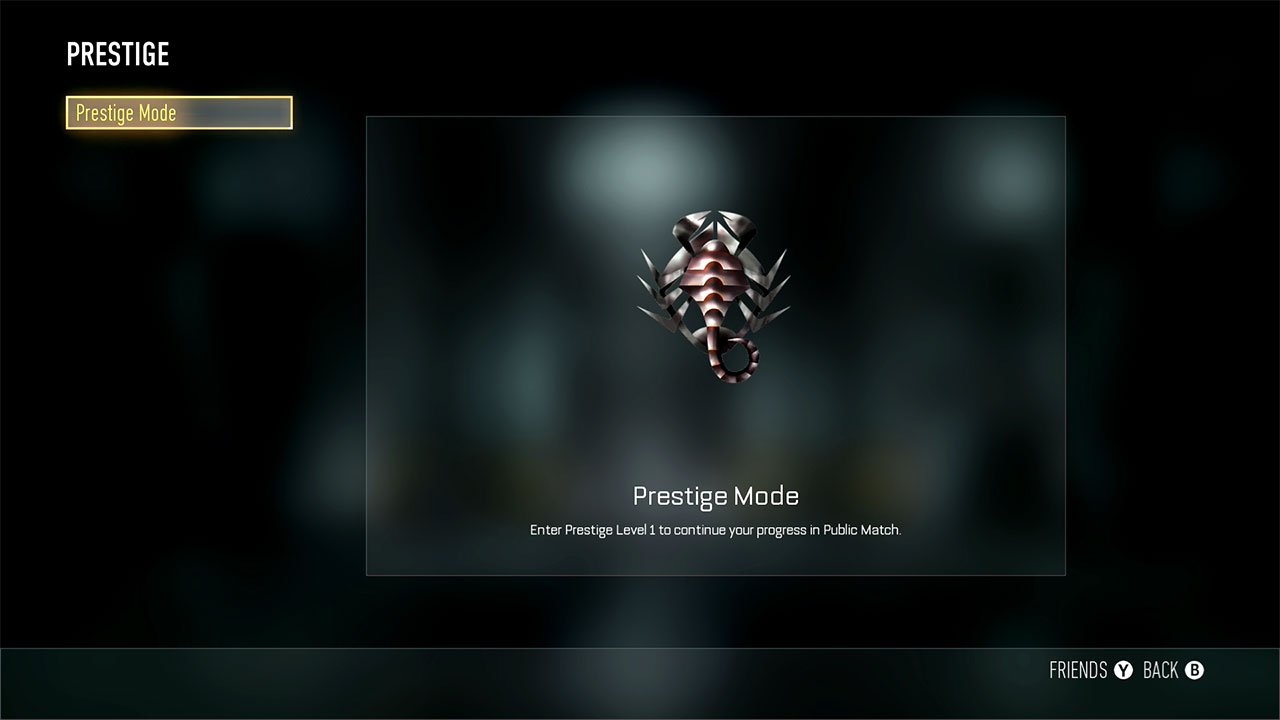 The Benefits of Prestige in Advanced Warfare

Heading into Prestige mode in Advanced Warfare makes players make a tough decision.  Almost everything that you’ve earned in the game up to this point is going to be reset if you enter into Prestige Mode, but you do get a few benefits.  Of course, you’ll get a new Prestige Rank Icon for every time you prestige, a unique Calling Card, New Gear, and you’ll be able to permanently unlock one item in the game.

This Permanent Unlock can be any Primary or Secondary Weapon, Exo Ability, Exo Launcher Item, Wild Card, Perk, or Scorestreak.  Basically, anything you can customize into your Operator Loadout can be designated as a permanent unlock.  This can make Prestiging somewhat easier if one of the items that is important to your loadout is one that comes on the tail end of the progression system.

Another benefit of Prestige is the ability to unlock new Custom Loadout Slots for your character.  Players start with five unlock slots to begin with in Advanced Warfare, and the first time you prestige you’ll get a sixth.

Some things that you’ve earned do carry over with you to the next Prestige Level.  Calling Cards, Emblem Icons, Completed Weapon Camo Challenges and Armory Items carry over through Prestige.

The Drawbacks of Prestige in Advanced Warfare

One of the biggest drawbacks of Prestige in Advanced Warfare is the fact that you’re going to have to unlock most of the gear that you had already earned.  A loadout that might have been working well for you in the game is likely going to be missing at least a few components.  This can make multiplayer matches instantly a little bit harder.  You could go from doing well in most matches, to struggling, pretty quick.

All the challenges that you had been working on prior to Prestige, will be reset.  That means if you were working on Camo Challenges for instance, and didn’t complete them, you’ll need to start over.  If you’re close to unlocking a camo for a weapon that you like, it’s wise to finish before you Prestige or you’ll have to redo all that hard work.

Not all weapon variations will be available to use once you Prestige.  Some of these variations will need to be unlocked again through leveling, unless you picked that weapon as a permanent unlock.

Most importantly, there’s no way to undo Prestige.  Once you commit to Prestige, you’re locked in.  The only way to get the weapons and equipment that you had before prestige is to earn them all again.

That answer is pretty simple.  If you plan on playing the game a lot, yes, you should prestige. Resetting levels and challenges is a way to keep multiplayer feeling fresh.  You’ll also get a few benefits and show-off items to note your accomplishments.  However, if you aren’t going to be playing a lot of the game, or only casually once in a while, it might be wise to stay put.  Going through and unlocking all the guns and perks can take some time to accomplish.