Call of Duty: Modern Warfare – How to Turn Crossplay On and Off 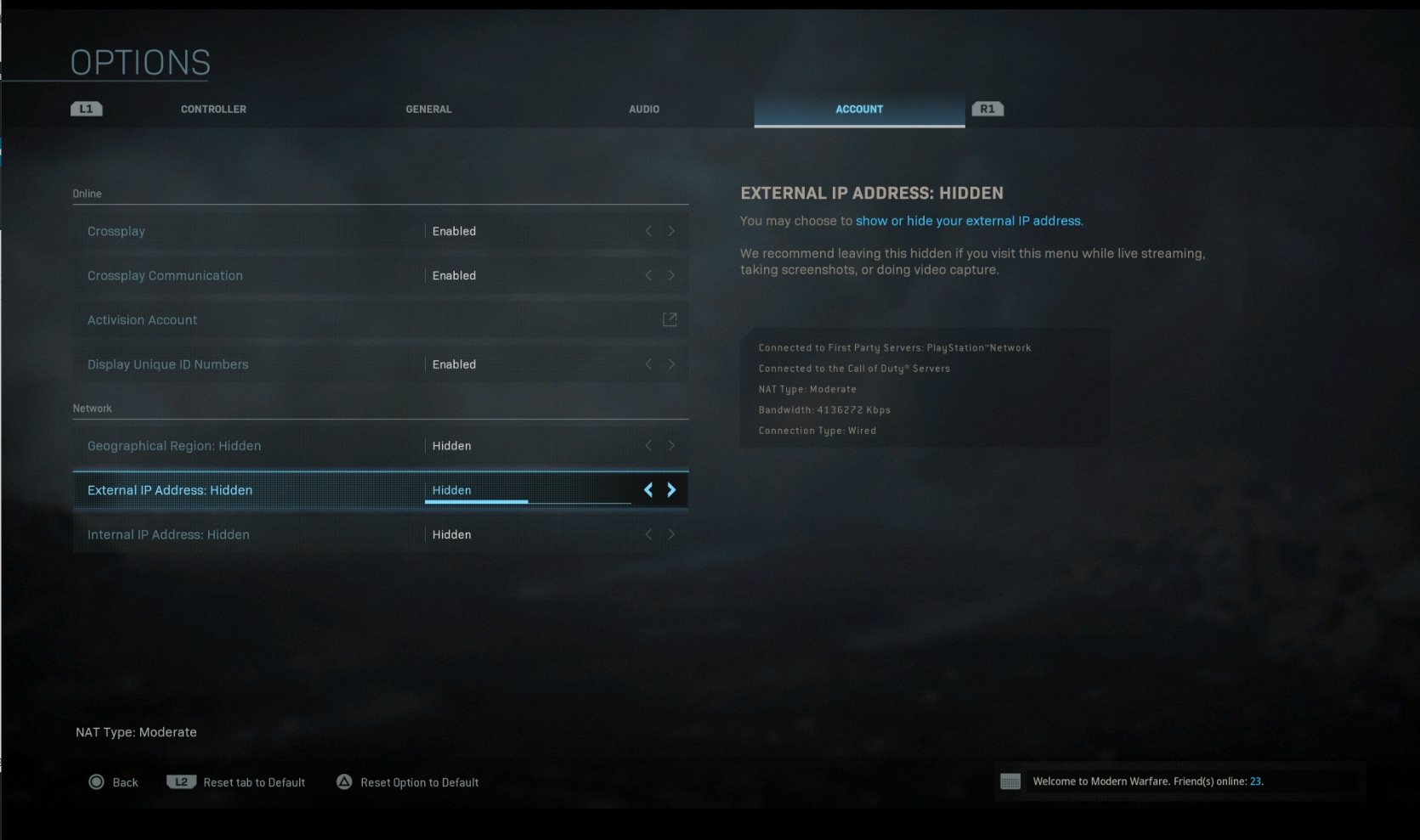 We truly live in the future. There’s a lot that proves this every day, such as new technology, insane developments in science, or the fact that you’re probably reading this while on the toilet. But the biggest reason it feels like the future in the world of video games is the fact that crossplay between platforms has become the norm. And with the release of Call of Duty: Modern Warfare crossplay has finally come to the biggest shooter franchise around. Fans have been begging for it for years, and it’s finally here, but the game won’t break down how it work or how to use it. To help, here’s how to turn crossplay on and off in Call of Duty: Modern Warfare.

How to Turn Crossplay On and Off

It’s fairly simple to do, once you know where to look. Crossplay is a single checkbox, of sorts, that is found in the Options Menu under the Account tab. To get there just hit Options, Menu, or Escape depending on the platform. At the top you should see Account, so press the shoulder buttons or click it to get there. The first option should be Crossplay which you can enable or disable as you see fit. Below that is Crossplay Communications, so you can decide if you want to hear players on other platforms.

How does crossplay work within Call of Duty: Modern Warfare? Simple enough, it just puts you into a huge pool of players including those on PS4, Xbox One, and PC and matches you with any of them. Players can join up with anyone regardless of platform or peripheral. Interestingly though, COD: MW balances more on which peripheral you’re using rather than the platform itself. So players on PC using a controller will be balanced the same as console players, unless they’re using a keyboard and mouse. The game tries to balance the peripherals between teams if possible, so there shouldn’t be a huge concern of overly lethal PC players, as has been a worry before.

And that’s how to turn crossplay on and off in Call of Duty: Modern Warfare. Once that’ setup you can play with friends whether they’re on the same system or not.

Home / Game Guides / Call of Duty: Modern Warfare – How to Turn Crossplay On and Off