The latest news in the world of video games at Attack of the Fanboy
November 22nd, 2017 by William Schwartz 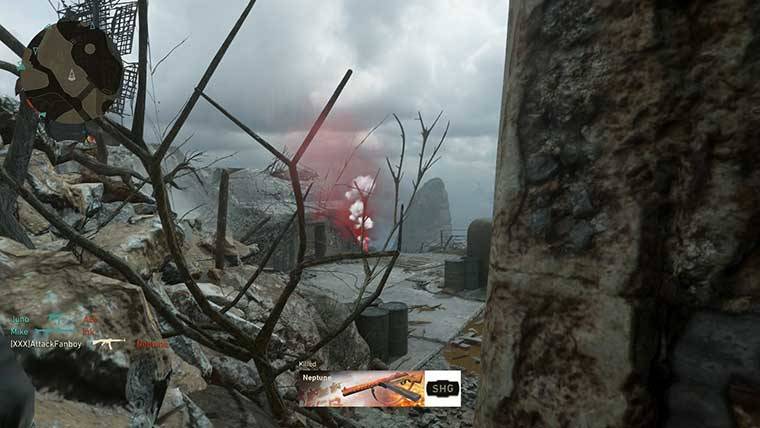 One of the Call of Duty WW2 Maps has a glitch that allows for players to get outside of the normal areas of the map on Point Du Hoc.  This glitch allows you to use a multi-step jumping sequences to get onto a wall that allows the player to see across a wide area of the map.

The glitch allows players to get into an area of the map which can make them hard to see, allowing them look at multiple lanes in both the trenches and bunkers on both sides of the map.  The gameplay video below shows how to get into this glitched area of Point Du Hoc, and players are currently exploiting this in competitive multiplayer modes.

The upside for players who want to use this glitch is that they more than likely can get free kills from doing this when players are coming out of the bunker, going through the trenches, or looking out of the bunker on the barn side of the map.  The downside is that players who use this can easily be killed if they aren’t sneaky about where they’re hiding.  They are able to take fire from both sides of the map, but can lay down and move across a wide area of this part of the map that should not be accessible.

To get into the glitch is simple.  Depending on which side of the map you spawn on, you’ll simply need to jump from one ledge on the trench to another, climbing up a small path that allows you to overlook the battery side of the map (opposite the barn).  The video below shows exactly how to make this jump, and some gameplay against AI.  WE DO NOT RECOMMEND USING THIS GLITCH IN MULTIPLAYER.  Sledgehammer has yet to patch out this exploit, but it wouldn’t be out of the ordinary for them to ban players who are using exploits in multiplayer.

Easiest Out of Map Glitch Call of Duty WW2