Chivalry 2 – How to Heal 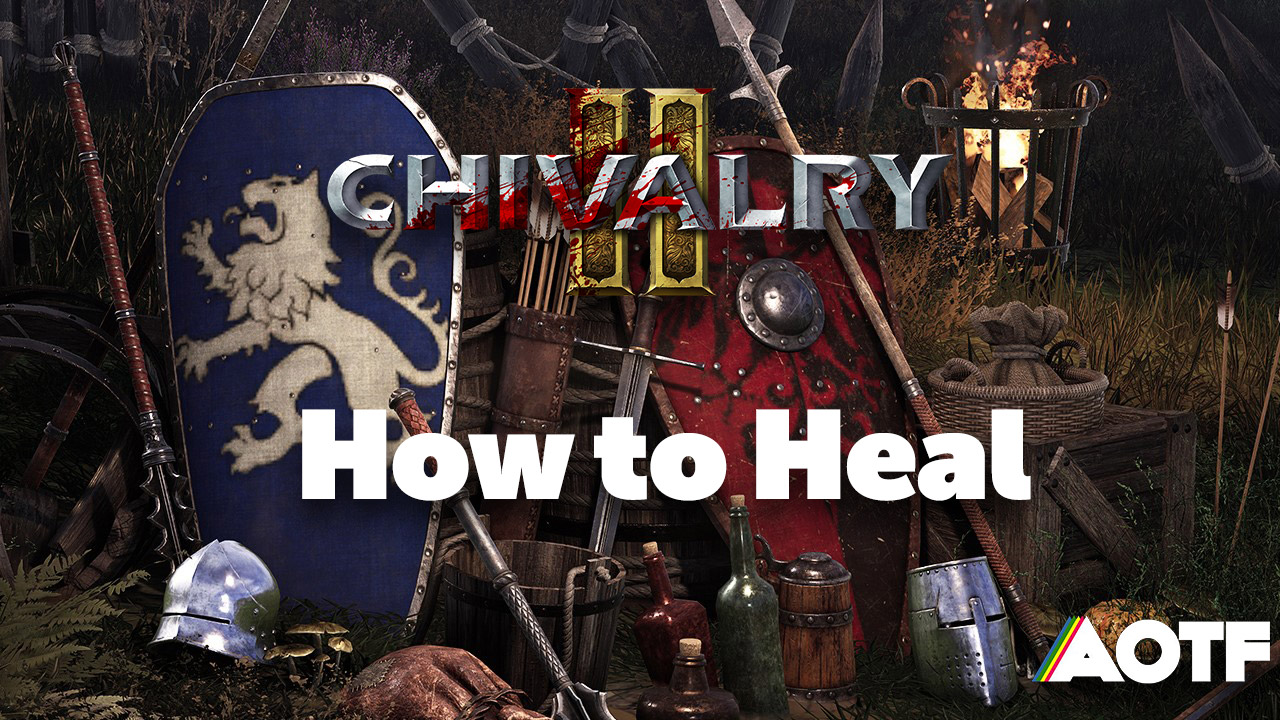 Chivalry 2 is a gritty multiplayer combat game, wrapped in a medieval coating. As such, violence and gore is commonplace on the battlefield. While loss of limb isn’t so easily remedied, a bit of shed blood doesn’t have to result in death.

Mastering combat mechanics, such as parrying, can go a long way to increasing survivability, but eventually that health bar is going to take a hit. When that happens, players will need to know the healing options available to them, unless they wish to regain their ground after respawn. This information is critical since health does not regenerate on its own like other competitive multiplayer games. Without player action, the only way the health bar is refilling is by dying and beginning a new life.

Fret not, we have you covered. Here’s everything you need to know in order to keep that green health bar topped off.

There are three ways to heal in Chivalry 2. The most common healing method (and the only one detailed in the tutorial) is the use of the bandage item. Players will have a single bandage available for use at the start of a match. Press Up on the D-pad on controller to use a bandage to initiate healing. Make sure there are no immediate threats when using the item, as you not only need to survive the animation but the healing occurs over time rather than instantaneously.

Another healing method is through the consumption of food. Food is not an item found embedded in player inventories by default. These are items scattered throughout maps that can be eaten for a health boost. For example, grabbing a head of cabbage off the ground or pulling a fish from a well will allow the player to repurpose the Battle Cry input (double-tap Square on PlayStation, double-tap X on Xbox) begin consuming the item. Health will begin refilling in the same manner as the bandage.

Lastly, healing can be provided by special items tied to certain subclasses. Subclasses with access to the Trumpet, Banner, or Bandage Kit will be able to disperse healing if their item’s associated bar is fully charged and ready for use. Given the support nature of these subclasses, healing is not restricted to a single person. The aforementioned items are the only mass healing options in the game.

Keep the methods outlined above in mind and you will lengthen your lifespan in Chivalry 2’s brutal matches.