Crash Bandicoot 4: It’s About Time – How To Beat N. Gin

First boss in the game. 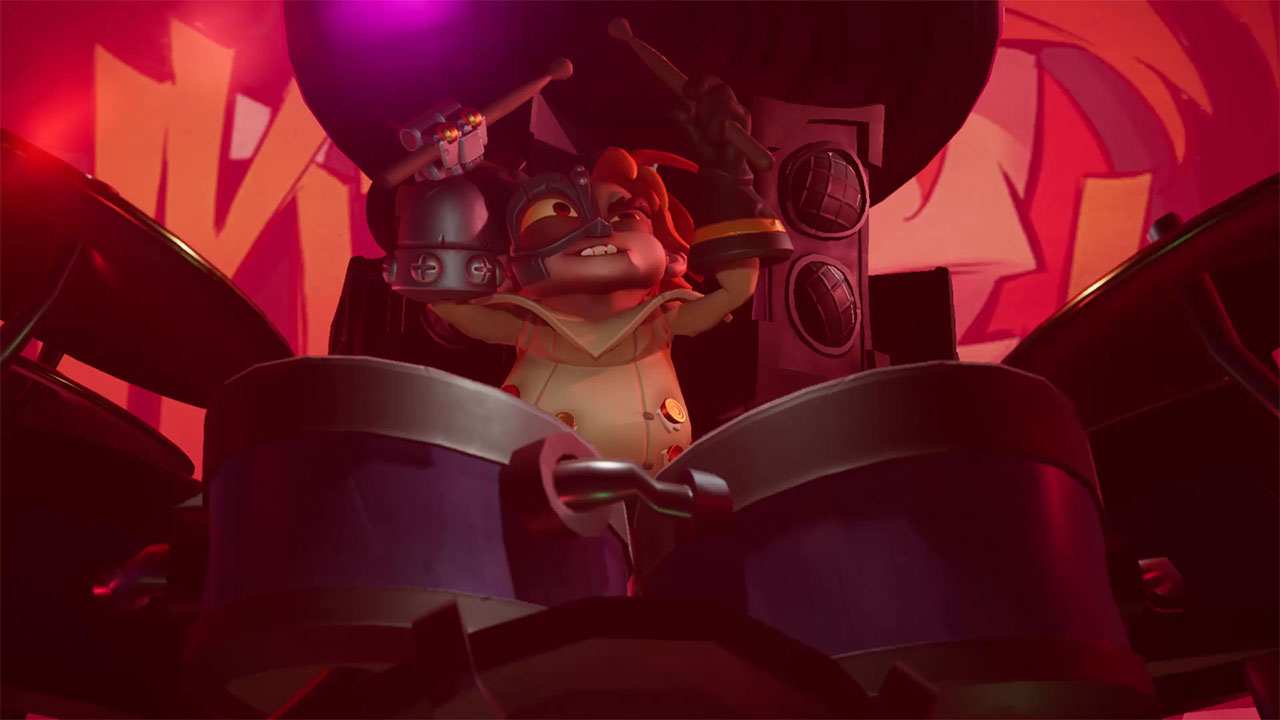 Dr. Neo Cortex may be Crash’s rival, but he himself has had a few underlings that have also come to blows with Crash over the years. The first boss you will face in Crash Bandicoot 4: It’s About Time in fact was first introduced as Cortex’s new right hand man and his name is N. Gin. He is back again this time with his giant percussion robot that you will face off against and this guide will break down each of the rounds of this fight and how to defeat him.

How To Beat N. Gin

N. Gin will start off by sending enemies at you that will kill you upon the touch. As a result, you are going to want to hit them with your spin attack to knock it forward and damage the amp ahead. Do this three times to knock him out for about 15 seconds, allowing you to move up and spin attack N. Gin’s robot himself.

He mixes things up in the next round, as he expands the ramp to two parts and starts shooting a mix of green and red circular projectiles. When you have a green one coming at you, you want to jump over them or dodge them to the left or right if they are not side by side. For the red ones, you’re going to need to crouch underneath by pressing Circle/B to avoid them. Keep doing this back and forth until he sends more enemies at you, which you want to spin attack like in the first round. After knocking three at the amps, you will get another chance to go after the robot directly again. However, this time you will have to use the phase shifting mask Lani-Loli by pressing R2/RT to advance up the platforms and hit N. Gin for the second time. Just be careful, as you only have 15 seconds once again to do so.

The third round begins by expanding the ramps to three and N. Gin shooting more of the projectiles at you as in round two. This one plays out just like the last, just with more projectiles and them being shot at a faster speed. Keep avoiding them and knocking the enemies into the amps once again until you have knocked three into them, leaving N. Gin vulnerable again. The platforms that appear still require you to use the phase shifting mask, but this time they are moving, which is definitely much more difficult to navigate as a result. Make your way up it and hit N. Gin’s robot to take us to the fourth and find round.

It certainly doesn’t get any easier in this round, as now there are moving platforms side to side rather than the ramps found in the previous rounds. This one might be the quickest round of all though, as the enemies you need to hit to knock into the amp appear multiple at a time on some of these platforms moving left to right and right to left. You have to dodge the green projectiles as you’re jumping back and forth to knock these out. Once you have knocked out three of them, it’s now time to take down N. Gin. You have to make your away across the rest of the moving platforms and then once you get up to where the amps were, the 15 second timer starts. This goes just as the third round, where you have to use the phase shifting to make your way up moving platforms that will lead you to N. Gin’s robot that you can deal the death blow to right here.