Crash Bandicoot 4: It’s About Time – How To Beat N. Tropy 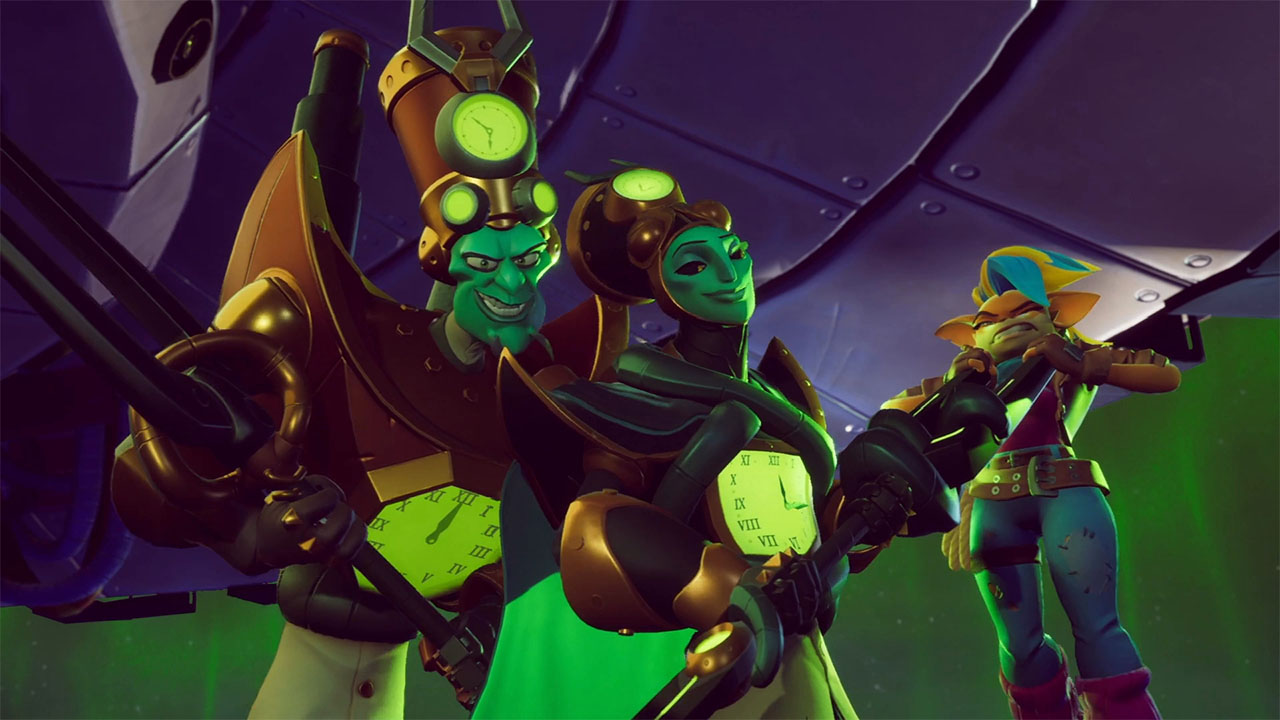 Crash Bandicoot as a series has utilized recurring villains quite a bit, such as the previous three bosses in the game of N. Gin, N. Brio, and N. Cortex. The boss this time was another returning one from Crash Bandicoot: Warped named N. Tropy. He is not alone though, as a female version of N. Tropy from another dimension has now crossed over as well and forces you to take down both of them at the same time.

How To Beat N. Tropy

The fight against N. Tropy is rather interesting, as it’s split into multiple parts. It starts off in a rail grind section where you have to collect items that eventually require you to phase in and out with Lani-Loli to grab some of them. As long as you have a certain amount by the end, you get to pass to the next round.

In this area you will notice N. Tropy actually has a health bar with two pieces currently. You not have control of ‘Akano here, allowing you to use the purple tornado to jump across a bunch of platforms in space. However, N. Tropy will try to hit you with laser beams here, so dodge them at all costs.

Eventually, you’ll reach a platform where you will switch over to the Kapuna-Wa mask that lets you slow down time. This is necessary to make it across the next platforms in what almost feels like Frogger. You’ll notice once stationary platform, which is the one you want to aim for first. Once you get there, the rest are going to be moving. On top of that, N. Tropy will start aiming their sights at you again with their laser. This laser will completely obliterate the platform you’re on, so you have to stay on the move and be fast. This will probably take you a few times to get the hang of it with using the slow down again and again across the moving platforms until you finally make it over to where you can see N. Tropy.

At this point, they will activate the security lasers around the outside of the area they are in. You need to go to the left and spin attack the object shooting the red beam and then start making your way left. At this point, you’ll get access to the Ika Ika mask that lets you control gravity, which you will need to use to go up and down to hit the red beam objects that get in your way while also dodging the blue orbs coming at you.

Before too long you’ll come across the classic male N. Tropy from Crash Bandicoot 3: Warped that will instantly kill you if you touch him. At this time, start running back to the right and hit the red beam objects to keep moving as he chases you. You will have to shift gravity again and again here, while also making sure to avoid lasers in the middle that get thrown at you. Make your way to the end and N. Tropy will lose half of their health.

You’ll eventually reach the female N. Tropy that is new to the game from another dimension that will force you back towards the left again. This time they are teaming up though and the male version will put the orbs in your way that you have to jump over. Continue to make your way left as before while avoiding both versions of N. Tropy’s traps. This one is definitely much harder than before, as it’s faster and you don’t have anytime for mistakes. Before long, you will hit the final beam and it will hit N. Tropy and officially defeat them both.

Crash Bandicoot 4: It's About Time
We're Looking For Contributors