Crash Bandicoot 4: It’s About Time – How To Beat Neo Cortex

Time for the arch-rival to go down. 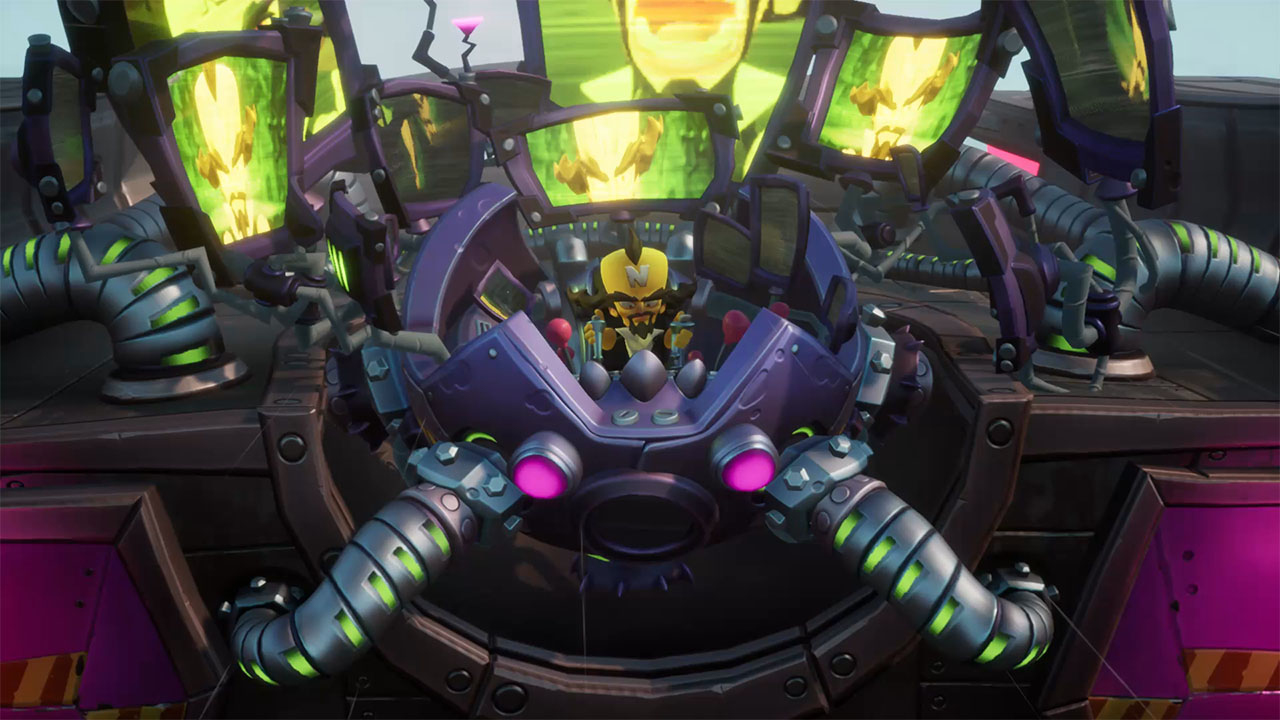 Toys For Bob is making a point to poke fun at the fact that the Crash series really disappointed after the initial trilogy, with them not only naming the new game Crash Bandicoot 4: It’s About Time, but also making a point to show that those others don’t exist in canon. Part of this is where they specifically mention that Crash has beaten Neo Cortex three times prior, which makes the showdown during Crash Bandicoot 4: It’s About Time have the title “4th Time’s A Charm” and a Trophy/Achievement called “The Fourth Time.”

How To Beat Neo Cortex

This battle against Neo Cortex takes place on his blimp and you will quickly notice he only has four pieces of health in this battle, which is less than the last fight. However, just like the last two battles, this one is handled differently and ends up being much longer than the health bar would have you believe.

The battle begins with Cortex sending a barrage of missiles at you, which you need to avoid. They start off with only four of them, but then he sends a bunch of them that you can dodge by just continuing to walk around in a circle. Eventually, he’ll send out his Punchbot Mach 2 to try and attack you, while also sending more missiles at you. Keep dodging the missiles and make your way in and use your spin attack on the Punchbot to knock it into Cortex’s contraption.

Cortex changes up his strategy here for a few seconds by shooting light and wind projectiles at you that are green and purple respectively. Jump over the green ones and dodge the purple ones left and right until they are gone. He will do another round of these, in which he will also send out another Punchbot at you. Go in and spin attack it when you get a chance and it will knock another piece of his health away.

At this point you will get a checkpoint, which is good since the next part can be very difficult. This is the part where Cortex mixes up his previous attacks by not only throwing all three projectiles at you at once. You’re going to have to jump like crazy here to get above the green projectiles while also dodging the purple ones and missiles as well. This is where you will have to jump with a basic jump due to the sheer speed they are coming, as a double jump will spell death for you. Like before, after two rounds of projectiles, he will send another Punchbot after you. Rinse and repeat to knock him into Cortex to reduce him to one piece of health and another checkpoint will be unlocked.

Neo Cortex now removes the outer rim of the platform, leaving us on a smaller platform that can not be fallen off of if you’re not careful. He will then start shooting more missiles at you that you need to avoid before once again removing the entire outer edge of the platform, now leaving you with only eight blocks to avoid missiles on until he returns all the platforms again. 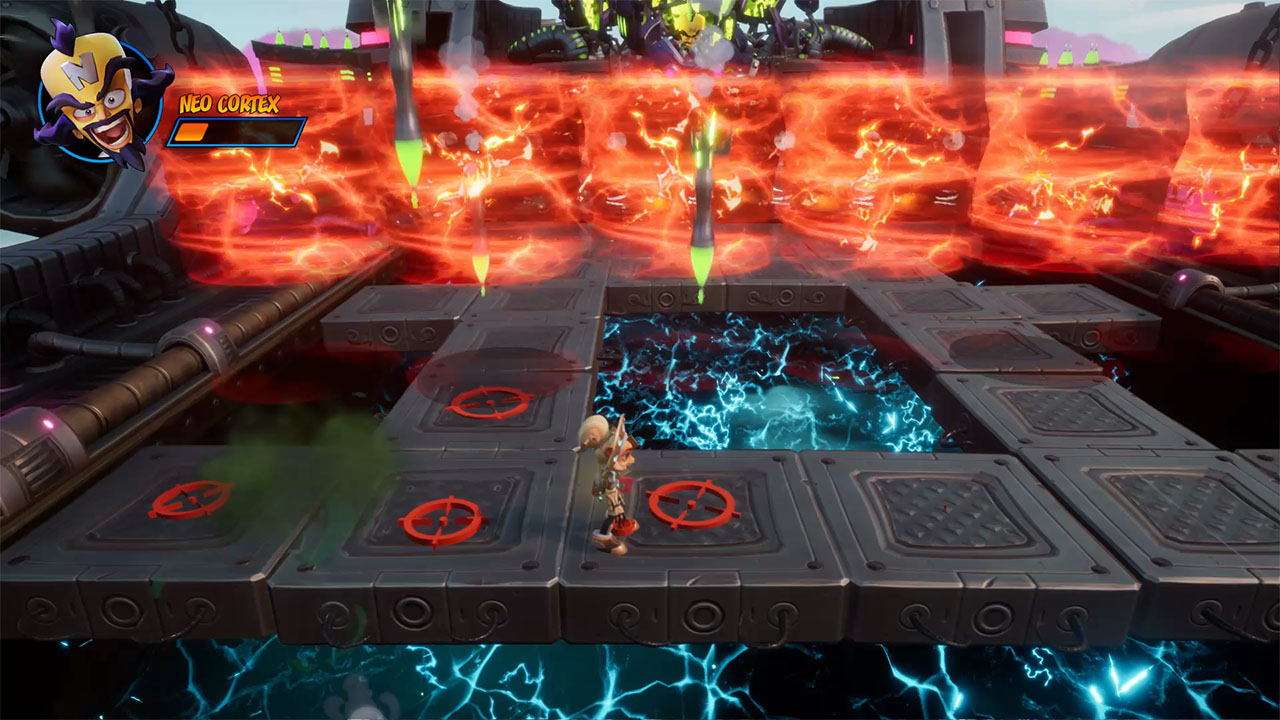 It’s far from over though, as he removes certain platforms before once again attacking you with all three projectiles. The good news is you once again unlock another checkpoint here, as this is about to get very difficult. On top of that, he throws in another projectile, this one being red, that you have to crouch or dash under to avoid. He will eventually drop another Punchbot that you need to knock into him to finally take him out.