Cyberpunk 2077 – How to Hit a Blocking Enemy

Make sure to power up your attack to break guard. 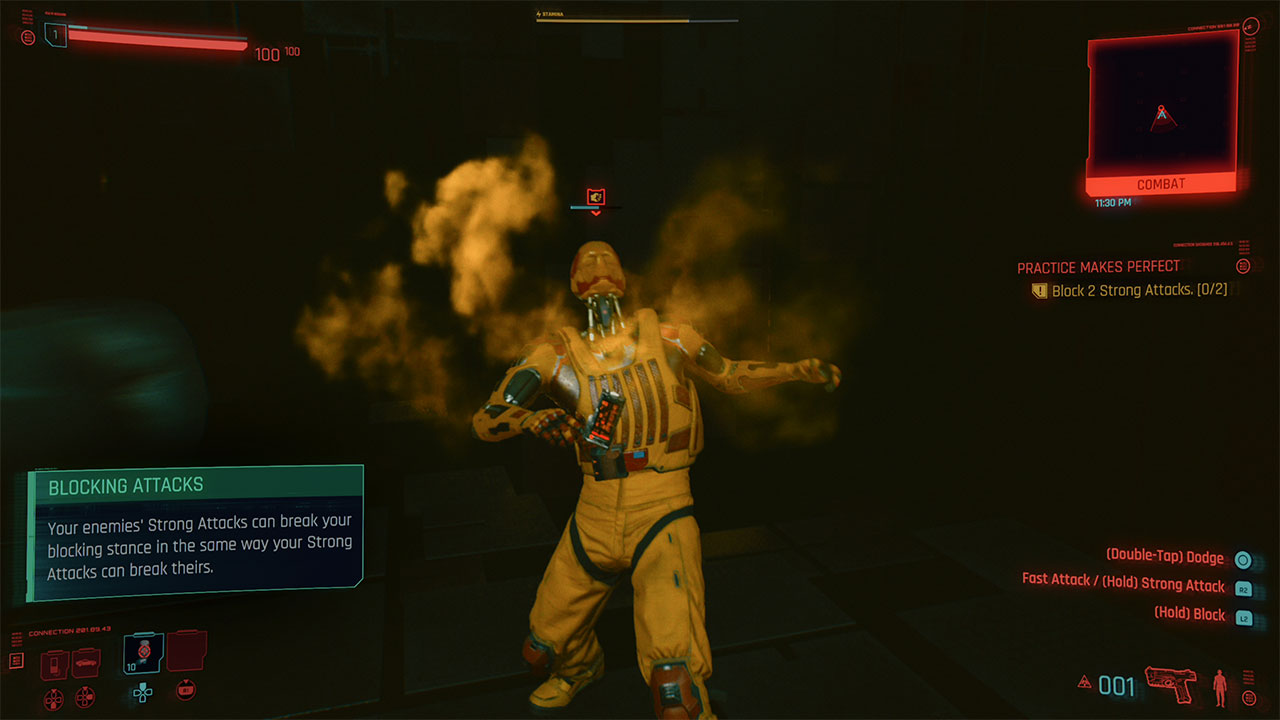 Melee combat is a big part of Cyberpunk 2077 and you’re going to have master numerous types of attacks depending on who or what you’re facing.  You’re enemy’s won’t just eat your attacks either, sometimes you’re going to have to break their guard.  In this guide we’ll explain some of the advanced attacking moves that you can do hit an enemy that is blocking.

How to break enemy guard in Cyberpunk 2077

The first thing you need to know about your melee attacks is that you have two types of attacks that you can use.  You standard attack isn’t going to do much to an enemy that is blocking.  Regardless of whether you use combinations on them or not.  What you need to do is charge up a more powerful attack to break through an enemy’s guard.

To do a strong attack and break through to hit a blocking enemy you’ll need to press and hold the attack button.  This is the R2/RT Trigger on PlayStation and Xbox respectively.  Basically to do this move you need press and hold the trigger and the press it again to execute the attack.  You’ll notice that is a much slower and heavier attack then just pressing the R2/RT button, which does a “fast attack”.

So when you encounter an enemy that is blocking, just make sure that you use the Strong Attack if you want to break through their block.