Dungeons & Dragons: Dark Alliance – Is It on Xbox Game Pass? 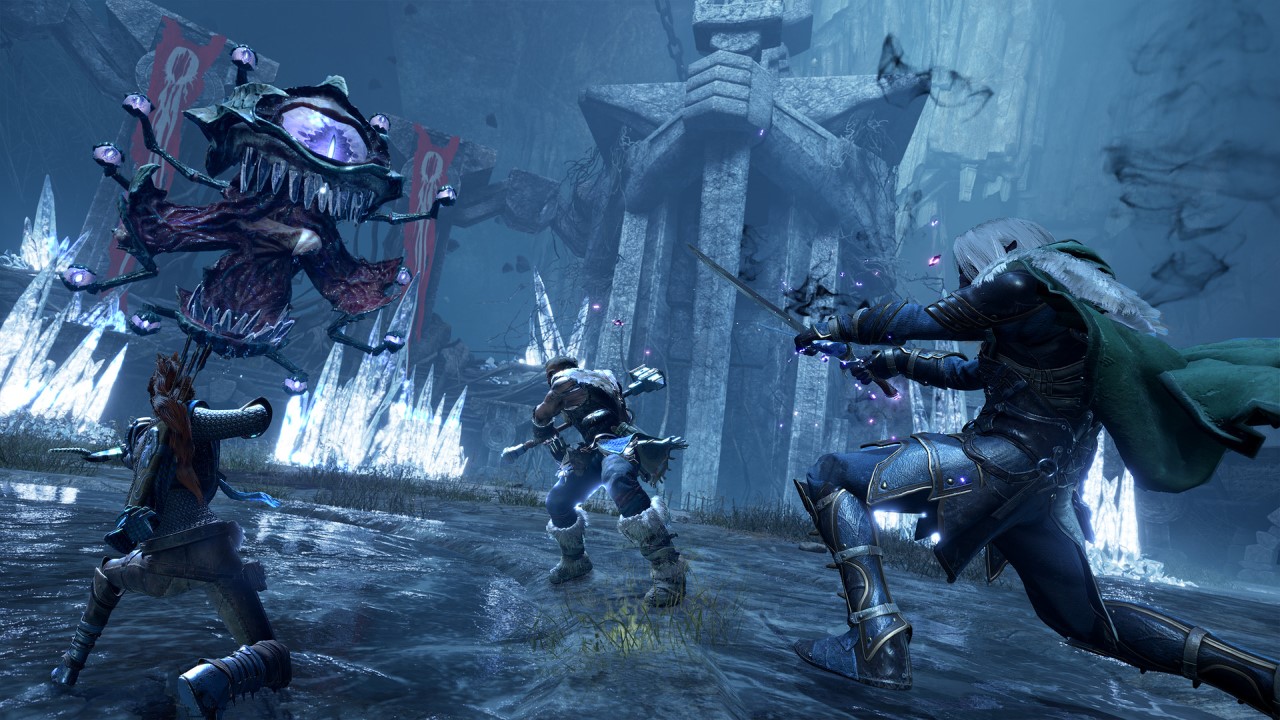 Dizzt and the team are readying for the return of Dark Alliance in Tuque Games’ spiritual successor, Dungeons & Dragons: Dark Alliance. The 4-player co-op action RPG brings four of R.A Salvatore’s characters together in a new adventure spanning Icewind Dale. The days remaining ahead before launch are beginning to dwindle, leaving us all eager to leap into the multiplayer madness.

While the game could be purchased outright, the emergence of video game subscription services have enticingly lobbied for cheaper ways to access games. Microsoft’s Xbox Game Pass is one such subscription service and it’s likely the one discussed most prominently. The Xbox Game Pass combines Microsoft’s first-party lineup with a wealth of third-party titles. Because of this, practically any game can appear in the list of available games at any given time.

With Dungeons & Dragons: Dark Alliance on the horizon, those looking for the most cost-effective method for entry are likely turning to the Xbox Game Pass to find out if the co-op RPG is included. Look no further; we have that info for you right here.

Yes, Dungeons & Dragons: Dark Alliance is part of the Xbox Game Pass. The reboot will appear on the service on launch day, June 22nd. Depending on the Game Pass subscription variant held, Dark Alliance can be downloaded on either Xbox One, Xbox Series X|S, Windows 10 PC (via the Microsoft Store), or on any number of smart devices that support the Xbox Cloud Gaming beta.

The pricing for the different Game Pass subscription tiers are still extremely affordable. The standard Xbox Game Pass, which is tied exclusively to use on the consoles, costs $9.99 for one month. Game Pass for PC, which encompasses PC only as the name implies, is also $9.99 a month. The all-encompassing Game Pass Ultimate brings every available platform and title together for the low price of $14.99 per month. Keep in mind that if you have yet to try the service, the first month(s) can be acquired for $1. That’s a hard proposition to pass when the alternative is paying $39.99 for access (albeit permanent) to a single game. Obviously, only you can decide how to allocate your real world funds.

Dungeons & Dragons: Dark Alliance will be available on PC, PlayStation 4, PlayStation 5, Xbox One, and Xbox Series X|S on June 22, 2021.