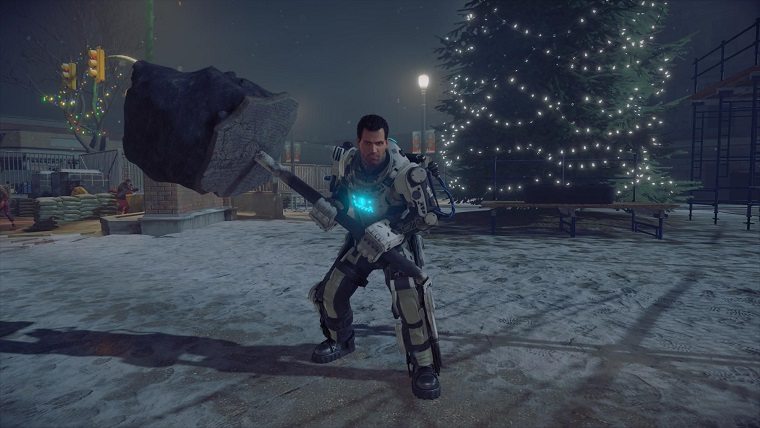 Dead Rising 4 is a big game, so starting out can be a little overwhelming at first. You control Frank West and are tasked with uncovering the mystery behind another zombie outbreak, but there are a heck of a lot of zombies and other enemies that you’ll need to get through in order to do that. Luckily, the game offers you plenty of ways to deal with them, which we’ll do our best to detail with this guide. The following will be tips and tricks for getting started in Dead Rising 4.

First of all, you’re going to want to get a feel for combat and what style suits you best. You have the option of going either melee or ranged in this game, and both options are completely viable this time. However, if you find that you favor one over the other than you should make note of that early on, as then you will know what skill set to spend your PP on in the game’s skill tree.

Get as much PP as possible

Speaking of which, PP (Prestige Points) are basically experience points that you will earn for doing a variety of different things in Dead Rising 4. Completing quests, killing zombies and taking pictures are the main ways in which you will do that, and the game is very generous with how much it gives you at a time. You’ll want to take your time going through each area that you journey through, so you can take up each opportunity to help a survivor, snap some pics or just clear out zombies.

When it comes to taking out the hordes of zombies that the game will throw at you, if you’re dealing with just the standard zombies then you won’t have much trouble. The only real danger is if you’re in the middle of a horde of them and then run out of weapons, in which case you’ll want to flee immediately. It all comes down to being fully equipped and prepared for each combat situation, making sure that all of your weapon slots (melee and ranged) are filled, as well as all of your healing item slots.

However, Dead Rising 4 does introduce some new types of zombies that are much trickier to take down than the normal ones. These new zombie types are called the Fresh and the Evo, and are both similar in that they move quickly and can deal a lot damage. Your method for taking down both of these zombie types is similar, as you’ll want to try and get some distance between you and them. Once you’ve done that, you’ll want to whip out your best ranged weapon and unload everything you have on them until they finally drop.

Zombies won’t be the only problem that you run into while exploring Willamette, as there will also be hostile humans and armored Obscuris soldiers for you to deal with. It’s also recommended that you utilize ranged weapons when you’re dealing with either of these enemy types, as they typically travel in groups and utilize both close and long-range attack methods. This means that going in for melee attacks when seriously outnumbered will likely result in getting surrounded and shot at from several different spots, so stick to ranged combat when you can.

As you explore Willamette you will also occasionally stumble upon what are called Maniacs, which are similar to what were previously known as psychopaths. These enemies essentially boil down to mini-bosses, with you being locked in the area with the Maniac and his minions until you take them all out. However, these Maniacs typically follow the standard attack methods of other human enemies, with the only big difference being they have a bigger health bar. As a result, as long as you come in fully-equipped you can usually quickly take them out without much fuss. This goes the same for the game’s boss fights, which will be stronger but typically won’t do anything too far out of the ordinary.

Vehicles will also play a big part in your adventure through the game, both as a means of navigating the world and for taking out zombies. Vehicles can be a great way for dealing with large crowds of zombies that are packed together, so if you’re in a situation like that and have a big vehicle at the ready then do not hesitate to use them. However, they (like standard weapons) have durability meters, so be sure to watch out for that. This actually goes double for vehicles, as they will eventually explode and you’ll want to be far away before that happens.

The joys of comboing

Comboing both weapons and vehicles will be where taking out zombies gets very interesting (and very fun) in this game, as you’ll be able to come up with all matter of crazy concoctions. You’ll do this by discovering blueprints that will be scattered throughout the game’s world, and if you have the right ingredients you can create them right then and there. Many times the game will have the two items needed right next to each other, so make sure to watch out for these so you can kill zombies in a much more efficient (and flashy) manor.

Give your neighbors a hand

There will naturally be plenty of side quests for you to take part in along the way, which will typically have you doing things like killing hordes of zombies to save survivors or taking out Obscuris equipment. You’ll always want to make rescuing survivors a priority, not only to be a good Samaritan but also for the benefits. While you’ll instantly get PP and other rewards for saving them on the spot, they will also return to shelters that are scattered throughout the game. These shelters level up as more survivors funnel into them, which means that their vendors will get better and better things to sell you the more you level them up.

While dealing with a timer would be something we would be warning you about in previous games in the series, here the timer does not show up at all until the very end of the game. This time you have complete freedom to explore and slaughter zombies to your hearts content, which is the best way to go about doing things here. Just take it slowly and fully explore the game’s massive world, and you’ll be well-equipped to fend off whatever comes at you.