Destiny 2 Beyond Light – How to Unlock Chaperone Exotic Shotgun 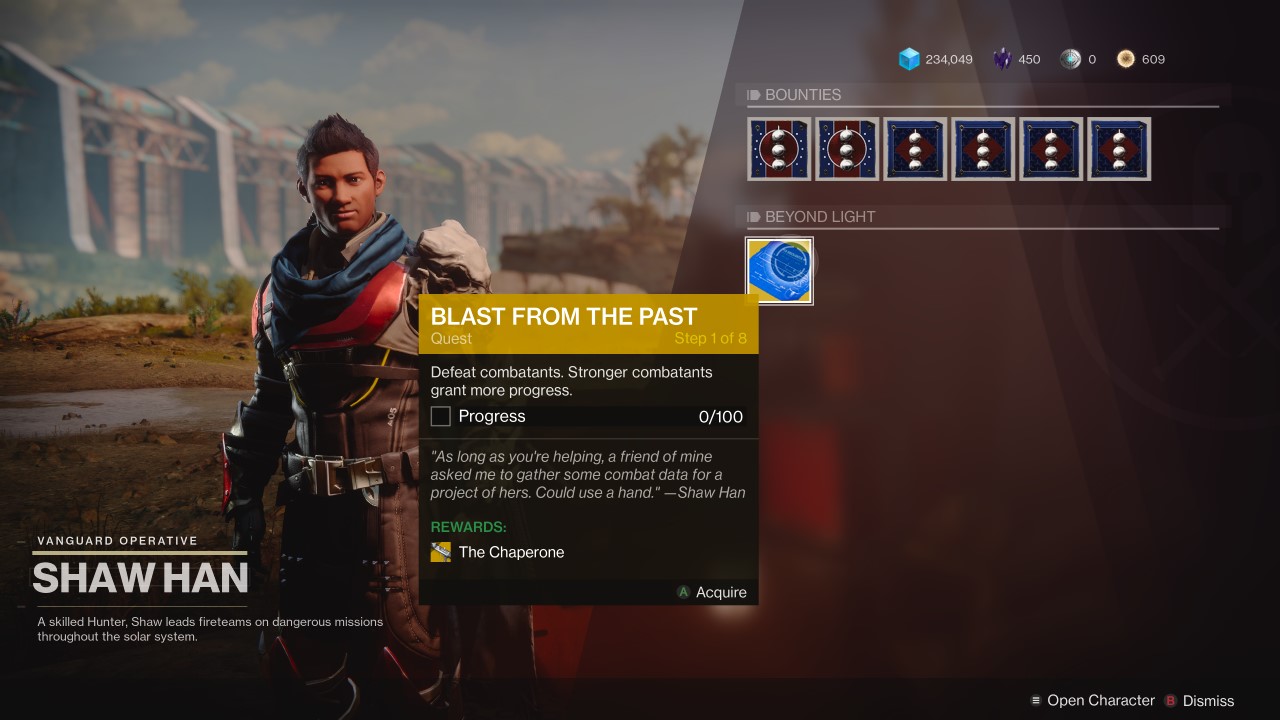 The Chaperone – more sniper rifle than shotgun – can now be earned without playing Crucible in Destiny 2 Beyond Light. It’s not a difficult exotic to earn, though you’ll need to own Beyond Light to access the new quest (as with any other new exotic quest). Once you load into Destiny 2 either clear the first mission you’re thrown into, or bail out and head towards the Cosmodrome to pick up the quest.

The quest for The Chaperone in Destiny 2 Beyond Light begins in the Cosmodrome.

As I already mentioned, you will be thrown feet first into a story mission once you start up Destiny 2 Beyond Light, and it’s your call whether you want to finish it and then head to the Cosmodrome, or to pull chalks and return to it later. Considering Europa recommends a minimum Power Level of 1060 (and you start the game at 1050) it may be best to grind a little before starting the story. What better way than working towards earning your very own rifle masquerading as a shotgun?

Take the landing zone next to the new zone NPC Shaw Han, and speak with him when you land. Underneath his selection of Cosmodrome bounties will be the first stage of The Chaperone quest, “Blast from the Past.” This stage is simple: kill things. The more powerful the enemy the more progress you will earn. You can technically complete this anywhere, but the Cosmodrome isn’t a terrible spot to farm up some loot while you work on the quest (sadly, the loot cave remains nerfed).

Once you murder everything that moves and knock out this step you’ll be tasked with killing even more enemies, but with your abilities this time. Supers provide the largest amount of progress, so you’ll want to equip a super that’s great at decimating large numbers of enemies per use. Again, this can be done anywhere, but the Cosmodrome isn’t a bad spot to linger. That, and you’ll need to talk to Shaw Han when you are done. 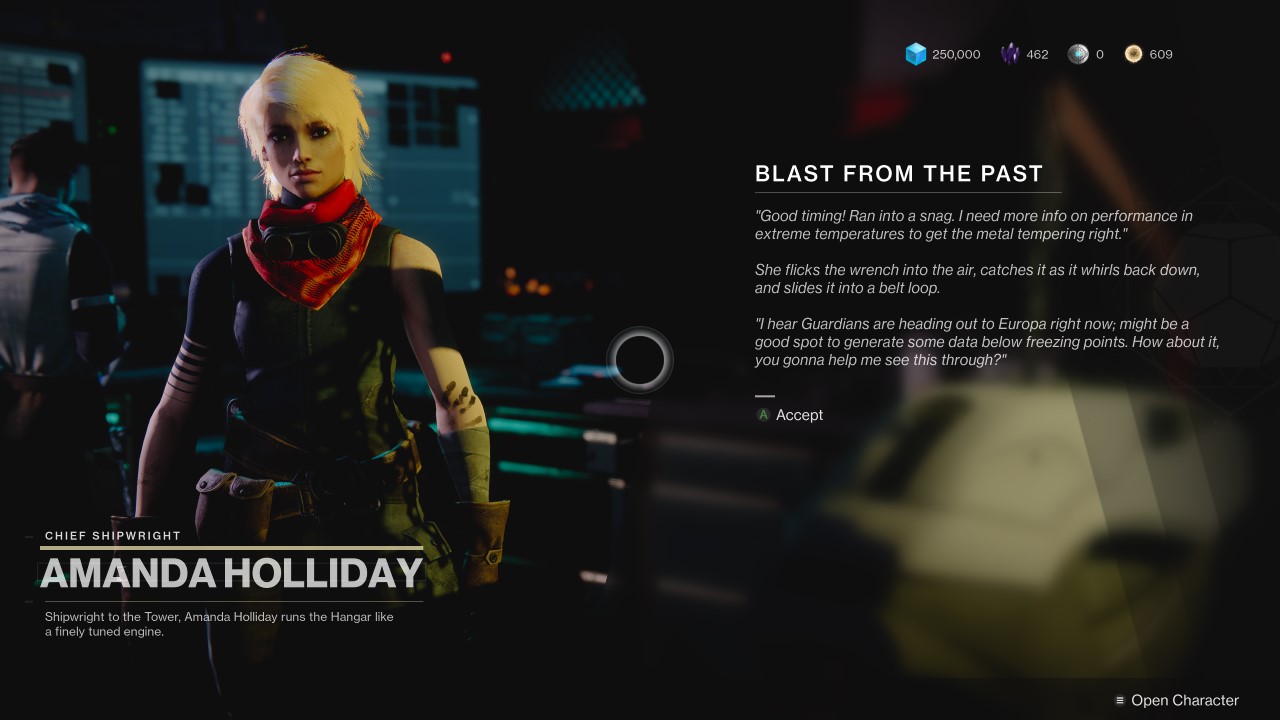 He’ll send you off to speak with Amanda Holliday in the Tower, who will then send you out to Europa to – you guessed it – kill more enemies! You’ll need to defeat 100 enemy combatants, and finish three public events. The events don’t need to be Heroic, but if there are other people running the event with you be courteous and make the event Heroic.

After you’ve collected data on Europa, you’ll once again return to Amanda in the Tower, and she’ll have one last stage for you to complete. You’ll need to kill targets in either Gambit or Crucible with both Precision damage, and with a shotgun. These are two separate tasks, though a precision kill with a shotgun will provide progress in both. I know I said you don’t need to play Crucible to earn The Chaperone in Destiny 2 Beyond Light, and I stick by that statement. Just queue up for Gambit (which is a single round now), and get to killing the regular enemies there. Yes, guardians count for extra, but not all of us are prime hunters.

Once you complete this final stage return to Amanda for your very own The Chaperone Exotic Shotgun. Its signature perk, Precision Slug, is why The Chaperone is more of a rifle than a shotgun. Doming someone across a Crucible map with this bad boy is a death sentence, but you’re aim will need to be precise. If you are a marksmen then you’ll benefit from the The Roadborn perk, where precision kills briefly grant bonus handling, range, and precision damage with the weapon. Groovy.