The latest news in the world of video games at Attack of the Fanboy
September 20th, 2016 by Anthony Decicco 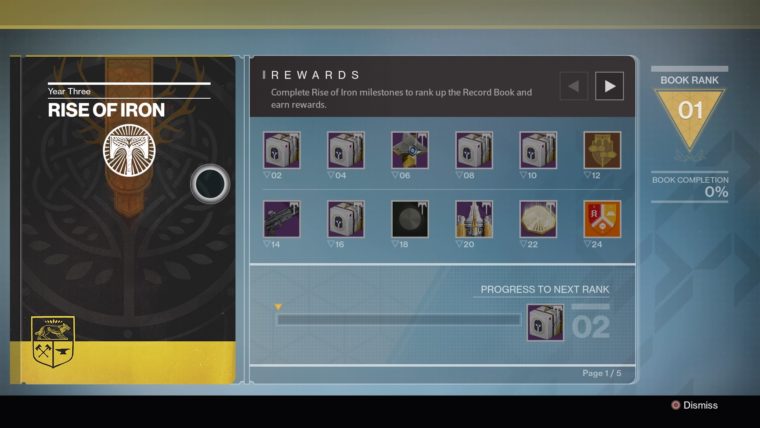 Record books are fairly new to Destiny they were introduced just before Rise Of Iron came out, but will play a much larger role in the new expansion.

These record books serve as a meta-challenge that players will progressively unlock towards during the course of their adventure in Rise Of Iron. They will level the book and unlock rewards as they do so. Check out the unlocks below. NOTE: Each piece of IRON ARMOR grants three pieces, one for each class.

Level 24- Shield Of The City (Emblem)

There you have it Guardians. Get out there and earn all the unlocks for the Rise Of Iron Record Book.