Destiny: Unlocking The Will Of Crota Strike

The latest news in the world of video games at Attack of the Fanboy
December 12th, 2014 by William Schwartz 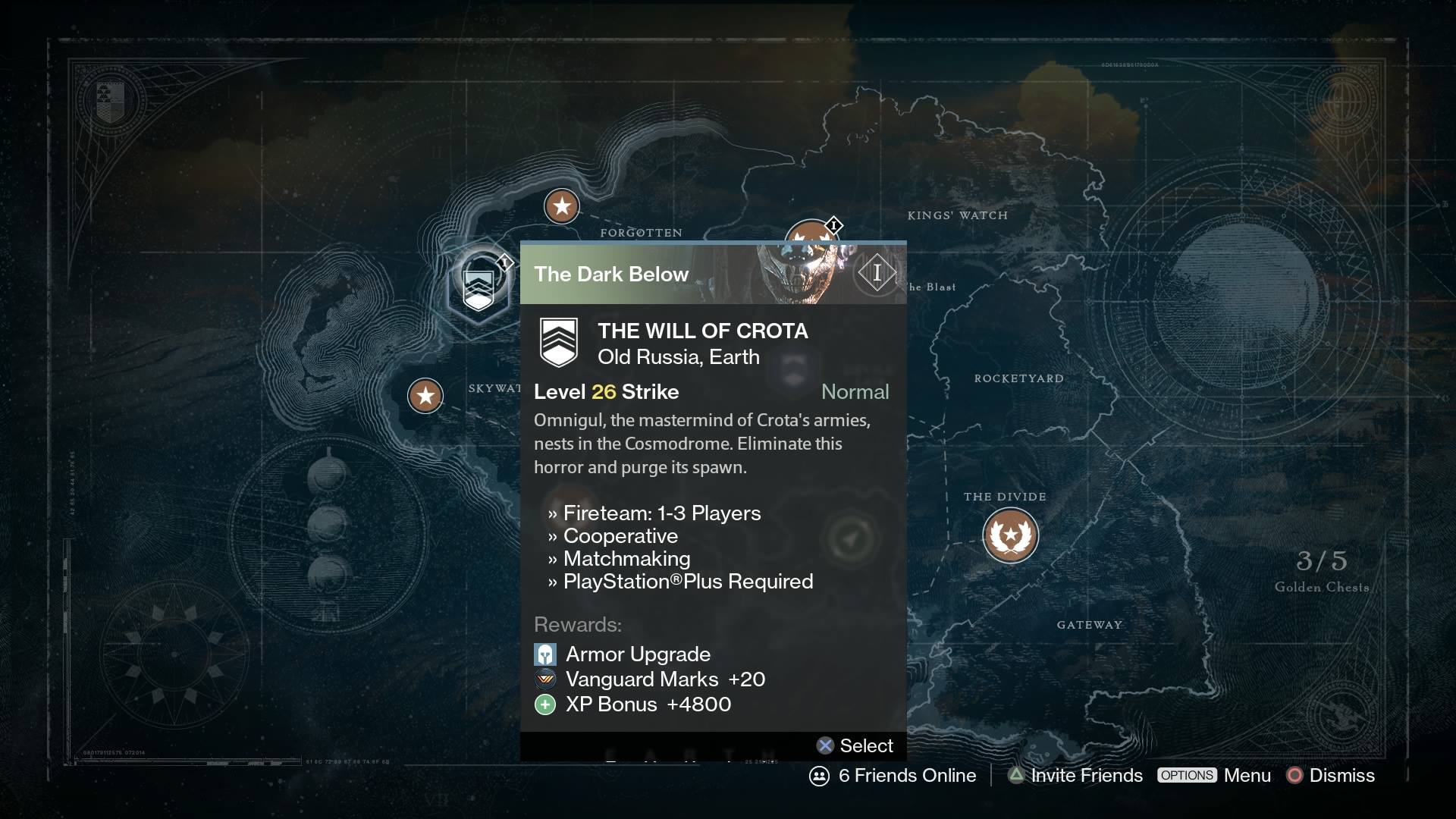 Destiny’s first expansion, The Dark Below has given players a good amount of content, three story missions, a few story related bounties and general bounties from the new face at the Tower, Eris. Not to mention the new crucible maps. This is just the groundwork for the new raid and the new strike, The Will Of Crota or two new strikes if you have it on a PlayStation platform. However, some players are still having a rough time figuring out how to enter the multiplatform strike, so we are here to help you access The Will Of Crota.

Despite being the weekly heroic strike, the game still locks this content until you can access it or have a friend who can. To do this, you will need to go through the following steps.

Visit Eris, the new vendor at The Tower, snatch up the story mission she gives you., beat it and do it again two more times. These are actually pretty cool and culminate in a pretty decent final mission that can get pretty crazy with a few friends on the higher difficulties.

Pay Eris another visit after you beat the final story mission and she will give you two bounties, one for Xur (not related to the strike) and one to kill 25 Knights or Wizards. I like to go to the Moon and go underground killing a bunch of low level Knights & Wizards. Another option is anywhere underground on the Cosmodrome or a fan favorite is to do Summoning Pits on level 12, if you don’t want to go searching.

This part can be tedious and a bit of a pain but if you know where to look and know your Cosmodrome inside and out, you will have no problems. Go to Eris, hand in the previous bounty and she will give you three more (thankfully you can hold 10 total bounties now right!). You can distinguish these as they are purple instead of white that she normally gives you.

To complete these go to the Cosmodrome in patrol mode and begin your hunt for Servants of Crota. Pretty much your looking for kneeling Knights except in the Lunar Complex, that guy is a kneeling Thrall.

Refinery- This guy is kneeling inside the refinery. If you remember where Sepiks Prime is located from the strike, it is right before the room where you have to defend. If you see Hive fighting Fallen, you have gone too far.

Lunar Complex- From the start of Cosmodrome go like you are going to the OG Loot Cave, but stop when you get to the building with the giant radar above it. The Knight is inside this building right before the first Wizard you ever killed. He’s literally hiding in a corner to your right when you are facing the stairs leading to the Wizard.

Skywatch- This one is past the OG Loot Cave and through a building to the back right. If you remember where the story mission The Last Array took place, that is where it is. If not go to where the Hive are fighting the Fallen, you should see a few Fallen outside of a building, go inside and you will come to some narrow hallways and such. When you come out on the other side you will be where you need to be, Skywatch. Now hug the railing (don’t jump off) and you will see the last guy doing the ritual. Kill him and his buddies. 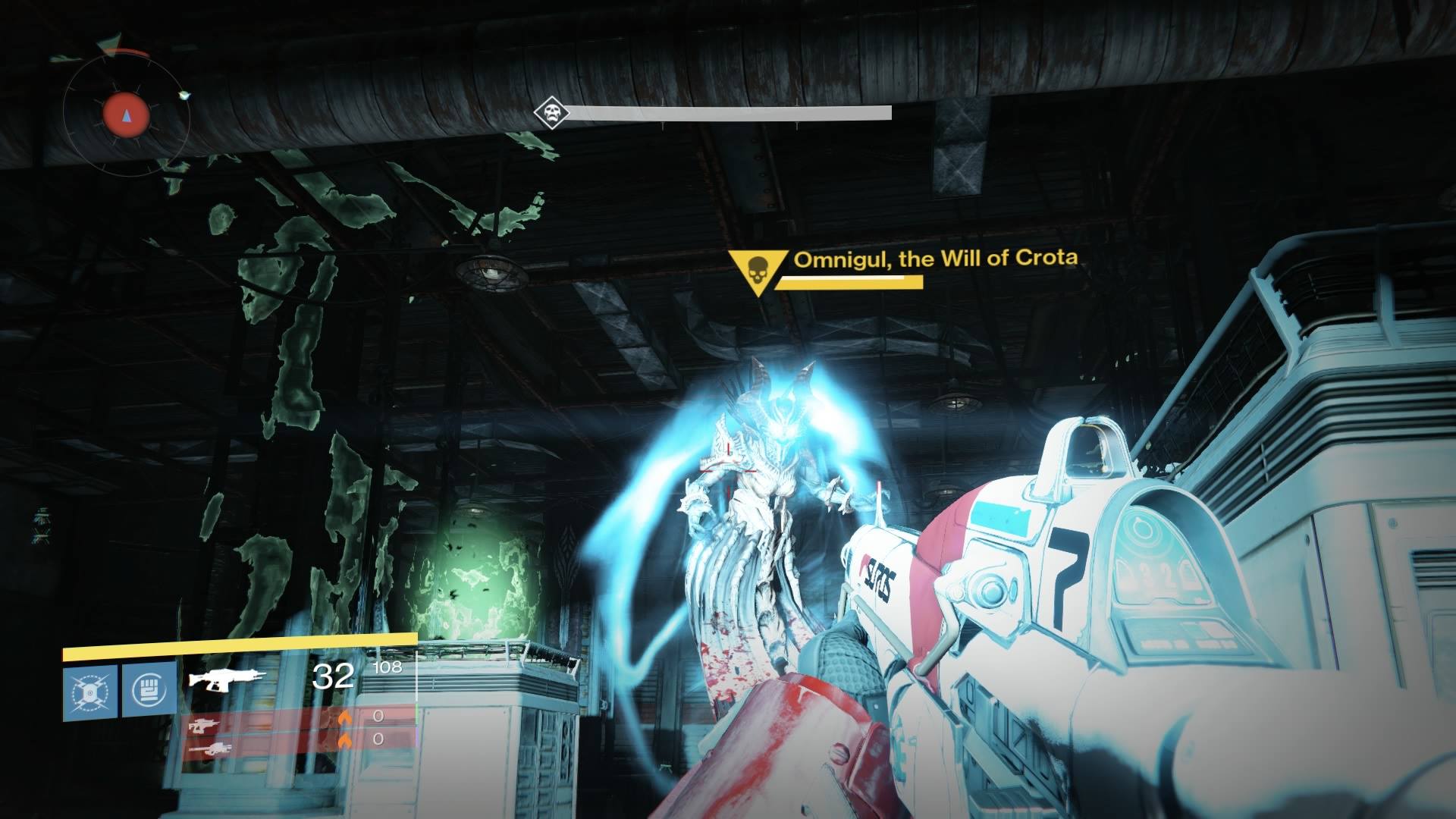 Step 4- Hand It In & Enjoy The Strike

Head back to The Tower and hand the last one into Eris. She will give you one more purple bounty, Will Of Crota. There you go, you now have access to The Will Of Crota level 26 strike on the Cosmodrome.

Home / Game Guides / Destiny: Unlocking The Will Of Crota Strike