How to Dodge the Blue Shell in Mario Kart 8

The latest news in the world of video games at Attack of the Fanboy
June 25th, 2014 by Kyle Hanson 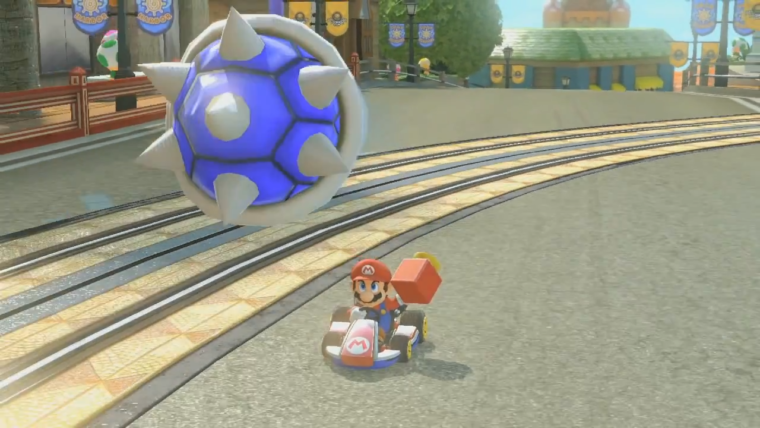 Mario Kart 8’s Blue Shell is one of the most hated weapons in all of video games. This shell, which tries to bring balance to the racing competition, specifically targets the racer in first place and slams them with an epic explosion which usually results in them moving back in the standings. For years this item has been the bane of many Mario Kart player’s lives, but there are ways of defeating this vile beast, and I’m going to show you how.

Mario Kart 8 has specifically taken steps to temper the Blue Shell’s wrath by adding the Super Horn. This new item causes sound waves to blast around your kart which can disrupt other racers, or more importantly destroy the Blue Shell. The Super Horn is not an easy item to get though, especially when you are already in first place.

I have found that I am more likely to get a Super Horn while in second to fourth place, lower than that and I start getting much more powerful items. If you are usually in first place try to hit as many item boxes on your way to the front as possible. This will maximize the chances you end up with one once you make it there. 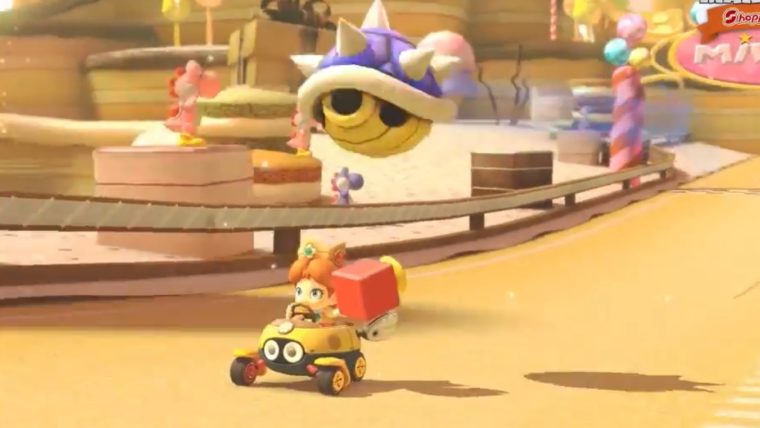 If you are lucky enough to get a Super Horn then I recommend holding it until its use is absolutely needed, such as when a Blue Shell is about to slam you back to third place. The range of the Super Horn is pretty big, so there isn’t a secret trick to using it to destroy a Blue Shell. Just keep it ready and as soon as the Blue Shell gets close to your kart, such as when it is circling overhead, fire it off and you should be good to go.

Now, for the more tricky method of avoiding the Blue Shell, the boost. Specifically, the boost you get by using the Mushroom item. Other boosts used to work in past Mario Kart games, but Mario Kart 8 seems to have changed things enough that they cannot defeat the Blue Shell anymore. The same advice I gave for the Super Horn applies here, you’ll usually get Mushrooms while in positions other than first place. Once you get some you need to save them until they are absolutely necessary.

Of course, using a Mushroom to cross over a patch of grass or mud will probably be more useful than saving it all race for the possibility of a Blue Shell. However, if you are able to save it then it can end up being the difference between getting three stars on the circuit, and restarting out of shame. So, what do you do if you are in first place, with a Mushroom, and a Blue Shell starts heading your way? 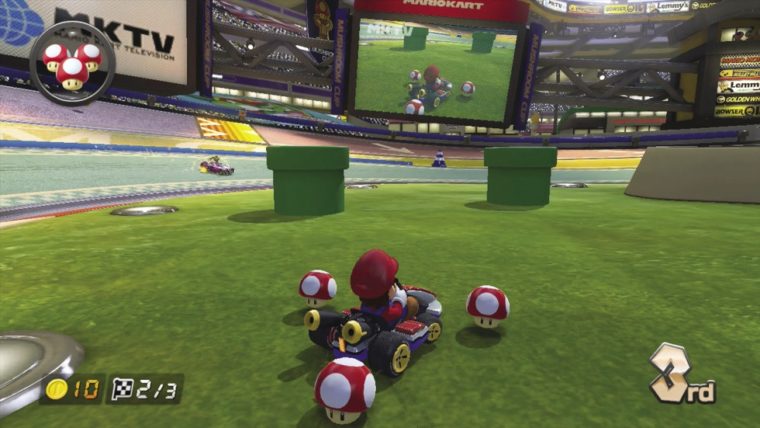 Unlike with the Super Horn, you only have a finite window in which to use the Mushroom to defeat the Blue Shell. It isn’t a perfect science, but the general agreement seems to be to let the Blue Shell circle you a bit. Once it comes to a stop and prepares to dive down into your kart, fire off the Mushroom. This will happen very fast, so it might take some practice. Load up a versus match and test it out with a friend if you feel like you need it. If you have done it correctly you should boost right out of its explosion as if it never happened.

Hopefully these tips and tricks are helpful to you in your Mario Kart 8 racing. I wish there was a way to avoid the Blue Shell that didn’t rely on the luck of the draw, but those methods have all been removed in this entry. Just try to keep those Super Horns and Mushrooms handy for when you need them and you should keep sailing for that first place finish.