Best offense is a good defense. 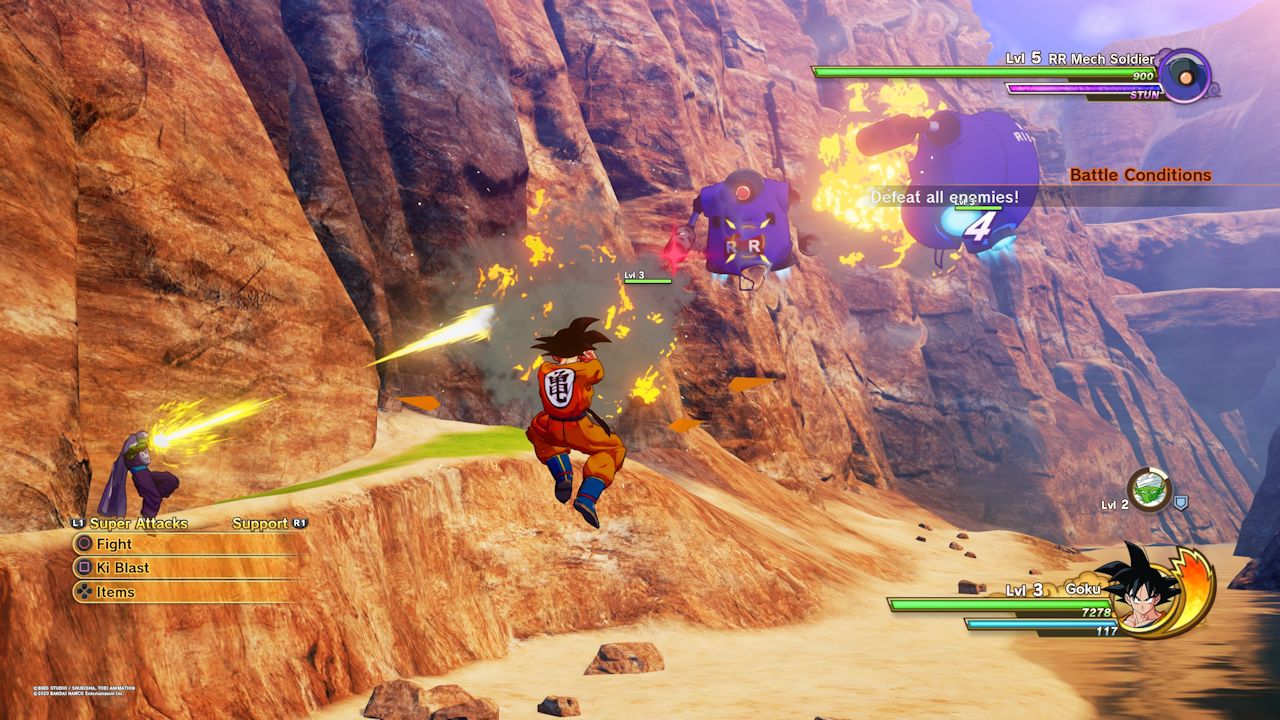 Going on the offensive in combat can be a good strategy as a way to overtake the opponent sometimes. That is not always the best method of taking on opponents though, especially in Dragon Ball Z: Kakarot. Sometimes the best offense can be a good defense, which means you will need to master the art of guarding to protect yourself from attacks. Guarding can also open up opportunities on the offensive end as well and this guide will detail how you can use this to your advantage.

Combat can get pretty difficult in Dragon Ball Z: Kakarot at times, with opponents unleashing a barrage of attacks at you. These are the moments where blocking can be very effective, which you can do by holding down L2 on PS4.

This can be done before the enemy starts attacking or mid-attack, which helps to prevent you from losing too much health. You can’t hold this down forever though, as they will eventually break through it.

Before this happens, you want to do one of two things, either pull off a Burst or Vanish Attack. While holding L2 and blocking an enemy’s attack, press Square to execute a Burst. This will send your opponent flying, which can also give you a window to attack or even to charge your ki.

Similarly, pressing X while holding down L2 and guarding from an enemy attack will have you vanish and appear directly behind the opponent. This leaves them wide open for attack, allowing you to start your own barrage of attacks on them. This is my personal favorite method to pair with guarding, so play around with them and see which works best for you.