The latest news in the world of video games at Attack of the Fanboy
April 26th, 2017 by Dean James 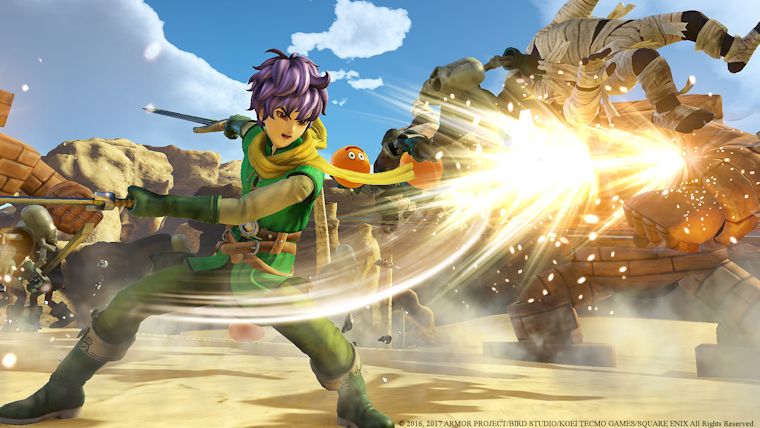 Square Enix’s partnership with Koei Tecmo, more specifically developer Omega Force, has led to two very fun games that mesh together two different genres into one compelling experience. While the combat has changed quite a bit from the turn based roots of the mainline series, Dragon Quest Heroes 2 is still an RPG and with that comes skill boosts that can be very useful.

Dragon Quest Heroes 2 provides the various characters in your party with Skill Points at each new level reached by gaining experience points, which can then be used to upgrade stats like HP, Strength, as well as provide new abilities.

This differs from say Dragon Quest 8, where Skill Points were allocated into different weapons and you received new abilities and upgrades from that specifically weapon type. However, the game still offers something just like this by separating them into what are known as Proficiency Abilities.

Proficiency Abilities are a separate set of new abilities and stat boosts that come from focusing on specific weapon types. For instance, having a two-handed sword equipped on your character will cause the proficiency ranking for that weapon to go up for that specific character, which are indicated by star rankings. Each of the weapon types have 15 total stars that you can work towards, with each providing some new ability or stat boost.

Just reaching these levels won’t unlock the new abilities and stat boosts though, as you instead have to visit who is known as the Martial Master. He is located in Accordia, one of the first areas you visit in the game.

If you’ve checked out our guide on how to change party members, we mentioned a building that housed many important people in Accordia, which is exactly where we want to go. You can just check around and find this building, but unlike the other NPCs that are located behind counters, the guy you need to talk to is just to the right as you enter.

The man you need to speak with is the aforementioned Martial Master and is wearing a green robe, making him definitely stand out. All you have to do is simply talk to him and he will unlock anything you have earned through the weapon proficiency ability rankings. This is definitely something you’ll want to keep up with and stay on top of with leveling up certain weapons types so that your team can be very well rounded. Visiting him can also earn you Party Powers that can help boost your entire party as well.