Dragon Quest XI S: Echoes of an Elusive Age – Definitive Edition – How To Switch To 2D or 3D

Change to a completely different style of play. 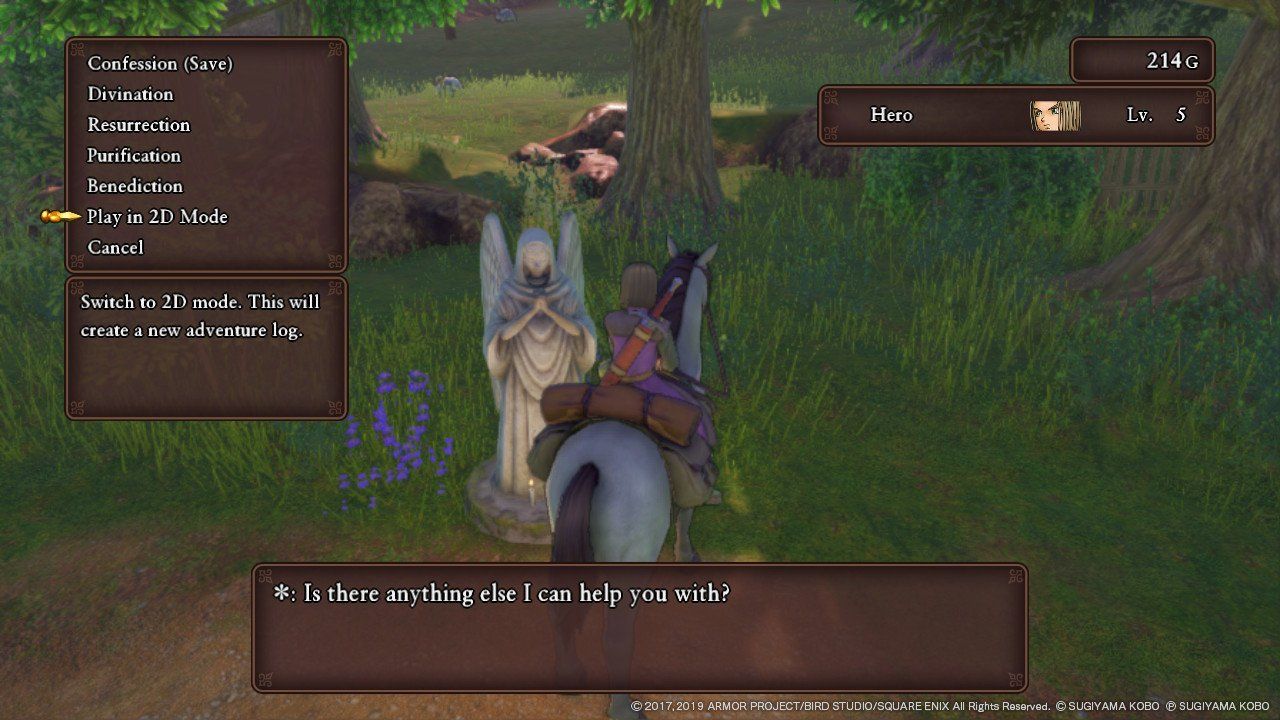 Dragon Quest XI: Echoes of an Elusive Age has had an interesting history, with it actually being the first game ever to be announced for the Nintendo Switch when it was simply known as the NX. The game originally released in Japan for PS4 and Nintendo 3DS, though only the PS4 version came to the US. This 3DS version featured a classic 2D visual style that was thought to be lost to the West, but the Nintendo Switch version has now arrived with both visual styles available. This guide will tell you how you can switch to 2D and back to 3D In Dragon Quest XI S: Echoes of an Elusive Age – Definitive Edition for Nintendo Switch.

While the 3D version of the game is obviously the default option that has had the most time put into it, Dragon Quest XI S: Echoes of an Elusive Age – Definitive Edition lets you decide right out of the gate which visual style you want to play as. This means you can select one and never switch to the other for the rest of the game with your gameplay. This menu option should pop up just as soon as you try to start a game, allowing you to make a choice.

However, the choice you make does not have to be final, as you can switch back during your playthrough. To go about doing this, you must find a church in the game, or a praying statue that serves as a church in the game. You want to then scroll down to the “Play in 2D Mode” or vice versa, and it will ask you to save and select a spot to switch over to. This will depend on what you have played in that style to this point, so make sure everything is all saved up and switch on over to 2D or back to 3D in the game.