Dune: Spice Wars: Which Faction Should You Pick

Find out who to pick when you first start out in Dune: Spice Wars 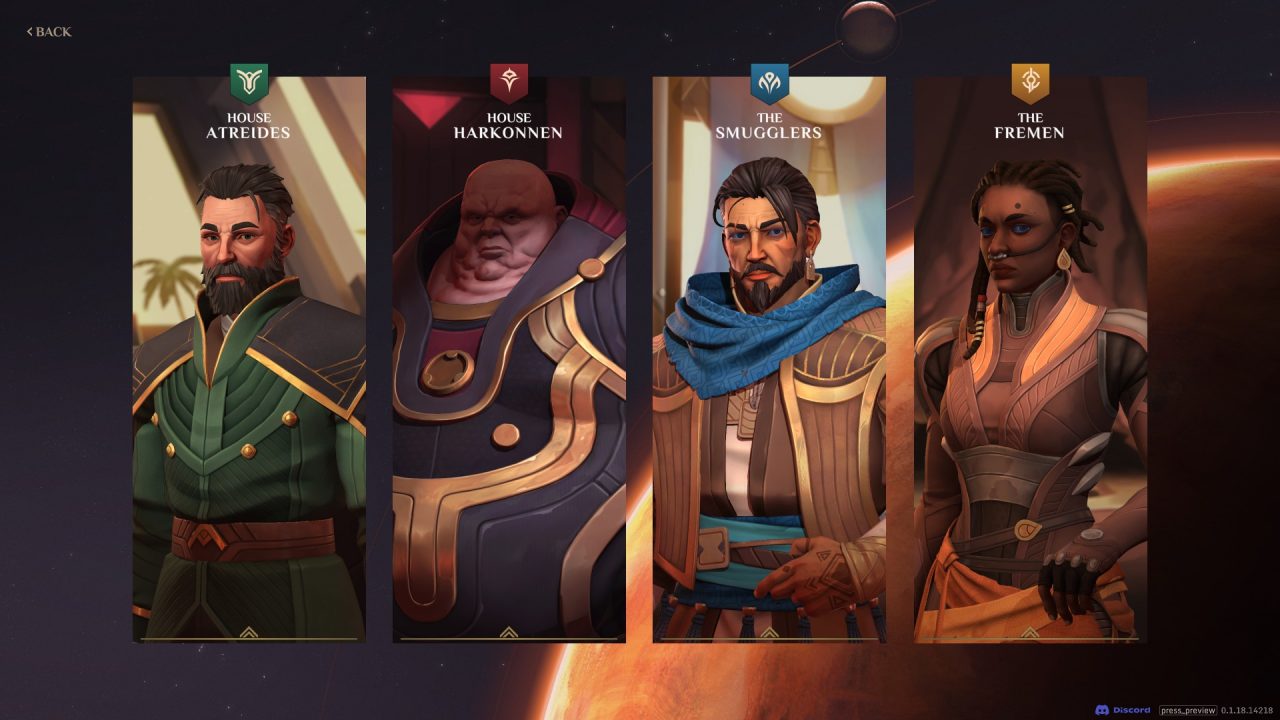 When you boot up Dune: Spice Wars for the first time, you’ll be allowed to pick from one of the four main factions that are available in the game. At first glance, it may not seem as if they would offer anything different besides the look of your character, but much like everything else, there is a depth behind the characters that you choose.

But, which faction will you choose as you begin your conquest into the lands of Spice and Solari? Follow along with us, as we give you tips and tricks as to who you should pick, and how to determine if that character will be the best choice for your play style.

Dune: Spice Wars – Which Faction To Pick For Your Playstyle 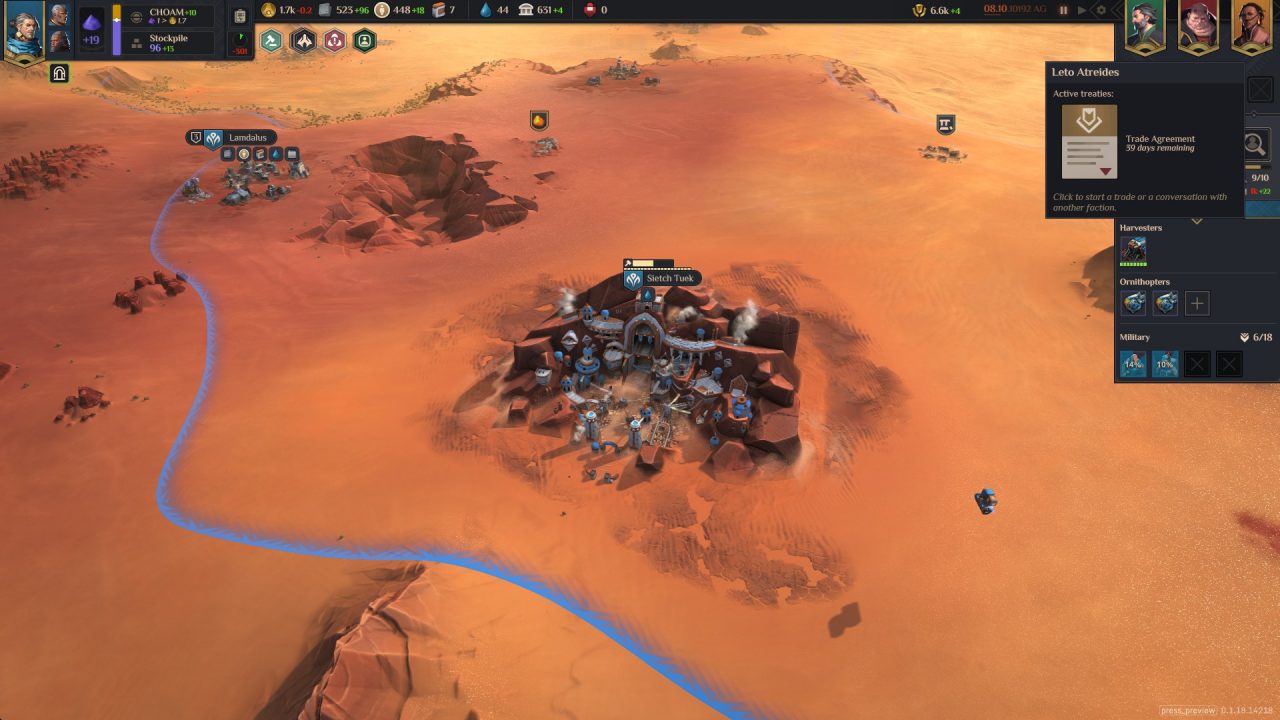 Since Dune: Spice Wars is a 4X Game, meaning Explore, Expand, Exploit, Exterminate, you’ll need to think about the way that you’re going to play. Since there are four factions in the game, each of these factions tends to fall into one of the meanings of the game type. Let’s dive in and see who would be for who! 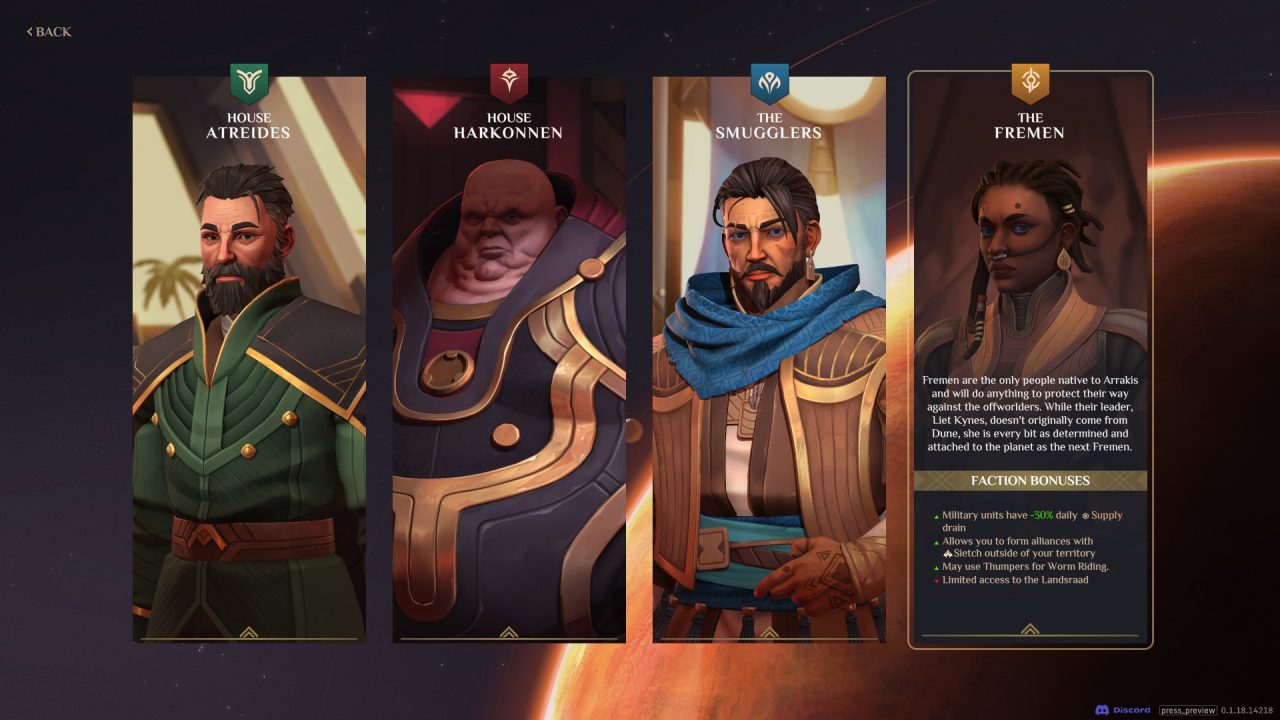 If you’re looking to explore the lands, and have the most fun doing it, you’ll want to use The Fremen faction. You’ll be able to use their Faction Bonuses to your advantage, and as you explore the lands further and further, you’ll be able to utilize them more and more. Most importantly are the alliances with the Sietch, which will give you extra bonuses through your adventures. While you may have a bit more limited access to the Lansraad, you more than makeup for it with your other bonuses. 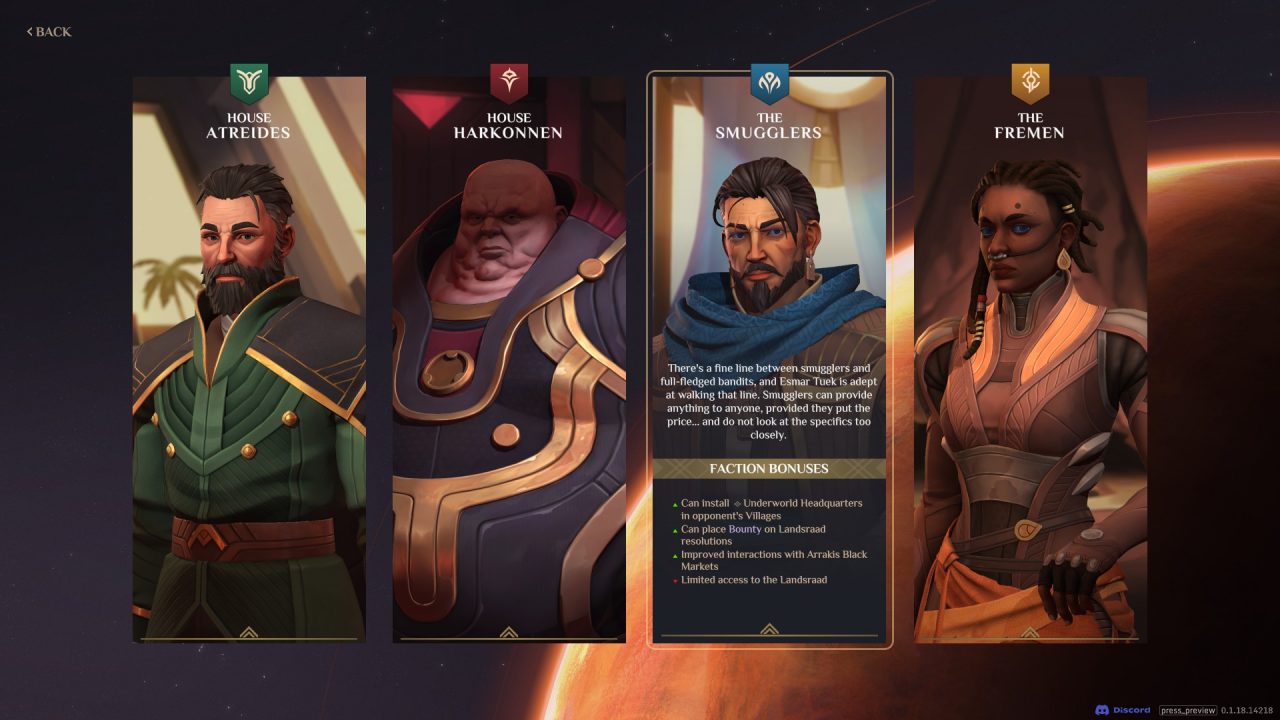 If you’re looking to exploit the other factions for everything they have, you’ll want to choose The Smugglers as your go-to faction. With the ability to place more bounties on your opponents, you’ll not only be able to take the fight to them directly but through the power of diplomacy. And since you’ll be able to have better interactions with the Arrakis Black Markets, you’ll find yourself getting access to items and materials that other factions cannot get their hands on. A great choice for those that want to fight with mind over matter. 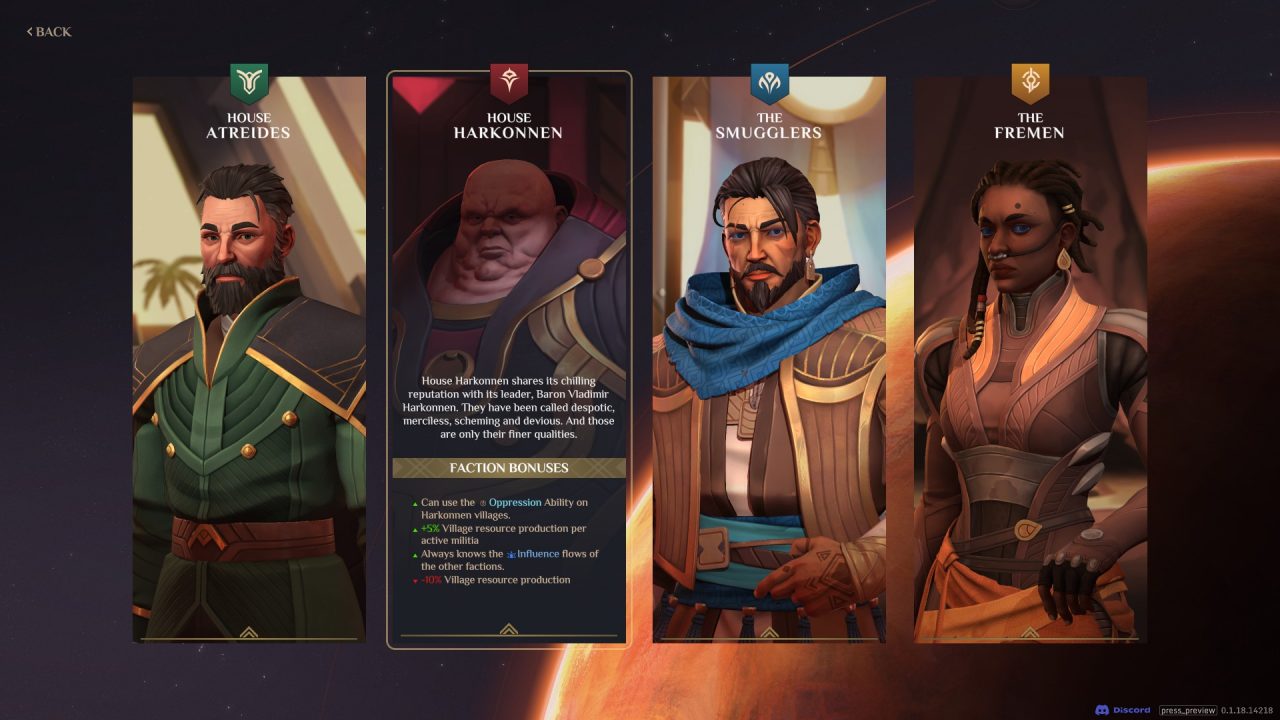 If you are looking to bring the power of Hellfire down on your opponents, you’ll want to choose House Harkonnen as your faction. While you may not be able to produce as much material as the other factions, you’ll more than makeup for it in the power that you bring. With the Oppression Ability, you’ll be sure to keep everyone under your watchful eye, and having the power to know how much Influence the other factions has, makes it a great choice for those that want to take down their most powerful rivals.

You’ll be able to experiment with these different factions and see which one fits your playstyle in the best way. While you may normally play as the all-powerful overlord, you may want to try things a bit differently this time around, and see what you can make happen!

Attack of the Fanboy / GAME GUIDES / Dune: Spice Wars: Which Faction Should You Pick