You won't have to memorize long combo strings to succeed in this dungeon crawler. 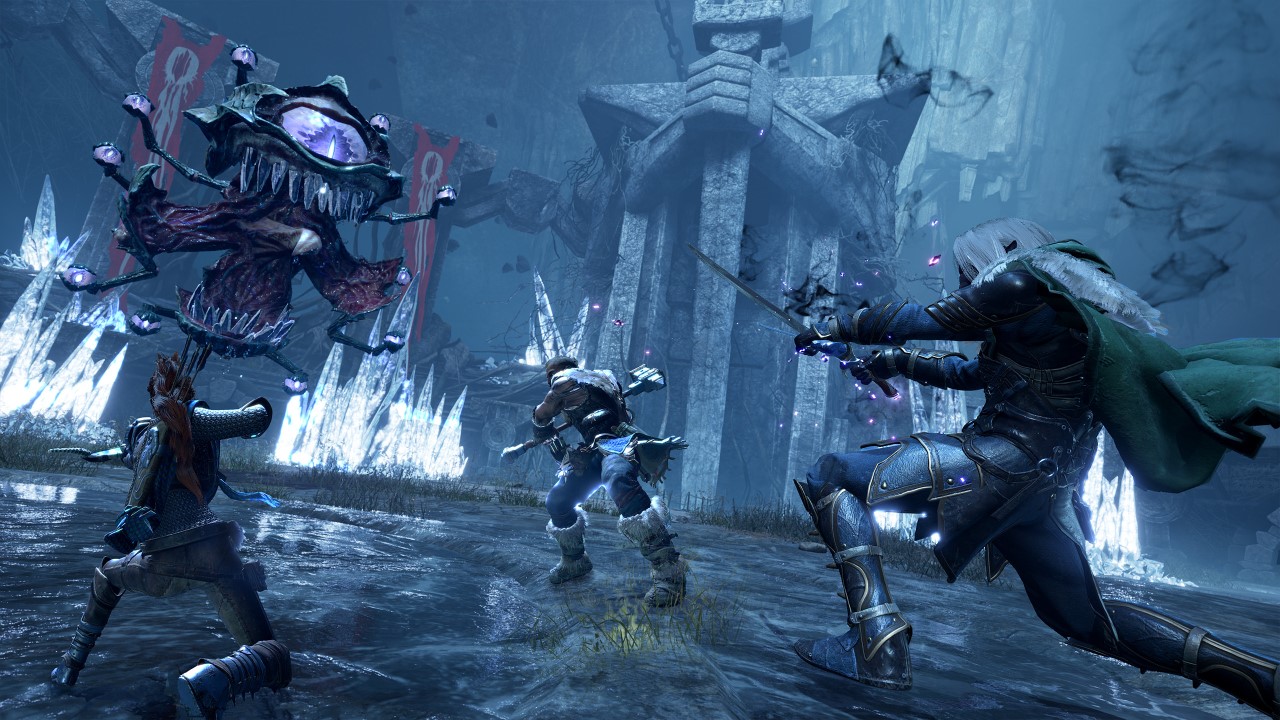 Perform combos in Dark Alliance by chaining together Light and Fierce attacks alongside directional inputs.

Dark Alliance uses what Tuque Games has dubbed the “Emergent Combat” system and, yes, you can still perform combos. What the “Emergent Combat” system does is “democratize our combat – make it accessible,” per a Dev Blog on the Xbox Wire. Translation: players don’t have to memorize lengthy combo chains to take full advantage of the depth provided by combat in Dark Alliance. Traditional combos are present, but players are able to chain them together as they see fit.

That means you can perform three Light attacks followed by a Fierce attack ground-slam that is then followed by a Light attack gap-closer. Or, you can swap the ground-slam and Gap-Closer, if you so choose: you don’t need to perform the ground-slam to trigger the gap-closer, or vice-versa. That said, there remain attacks that are dependent on others, so you’ll want to review your Moves list while in Kelvin’s Cairn to know what attacks trigger others.

To perform basic combos you need to simply pick between a Light attack or Fierce attack, then either tilt or hold the left-stick forward or back to trigger move advanced moves. There is a massive trade-off to this style of input you need to consider: you cannot use the left-stick to turn your character – I.E. pivot – towards an enemy. Attacks launch in the direction the camera is facing, so to truly master combat and combos in Dark Alliance you need to get use to spinning your camera whenever you plan to redirect your attacks (and I strongly recommend maxing out your camera sensitivity).

Attacks and combos can be chained in any way you see fit so long as you have the Stamina to fuel them. Animations are not canned, but attacks can be queued, so if you rapidly tap the Fierce attack button after a Light attack your character will roll into the Fierce attack immediately after the Light attack. You can cancel these combo-chains by tapping the block button, or by dashing/dodging, but keep in mind the game may still remember your last action, so your character may still attempt the attack you tried to cancel.

Since long-form combos are dynamic in Dungeons & Dragons: Dark Alliance, you need only to know which moves are triggered by a combination of attack and directional input. Otherwise, attack as you see fit to perform combos in Dark Alliance, and keep an eye on your Stamina, which depletes faster in higher Challenge tiers. Also, don’t forget to master turning you camera to change the direction of your attack, since the left-stick is used for combo inputs in Dark Alliance.