Dungeons & Dragons: Dark Alliance – How to Invite Friends to Party 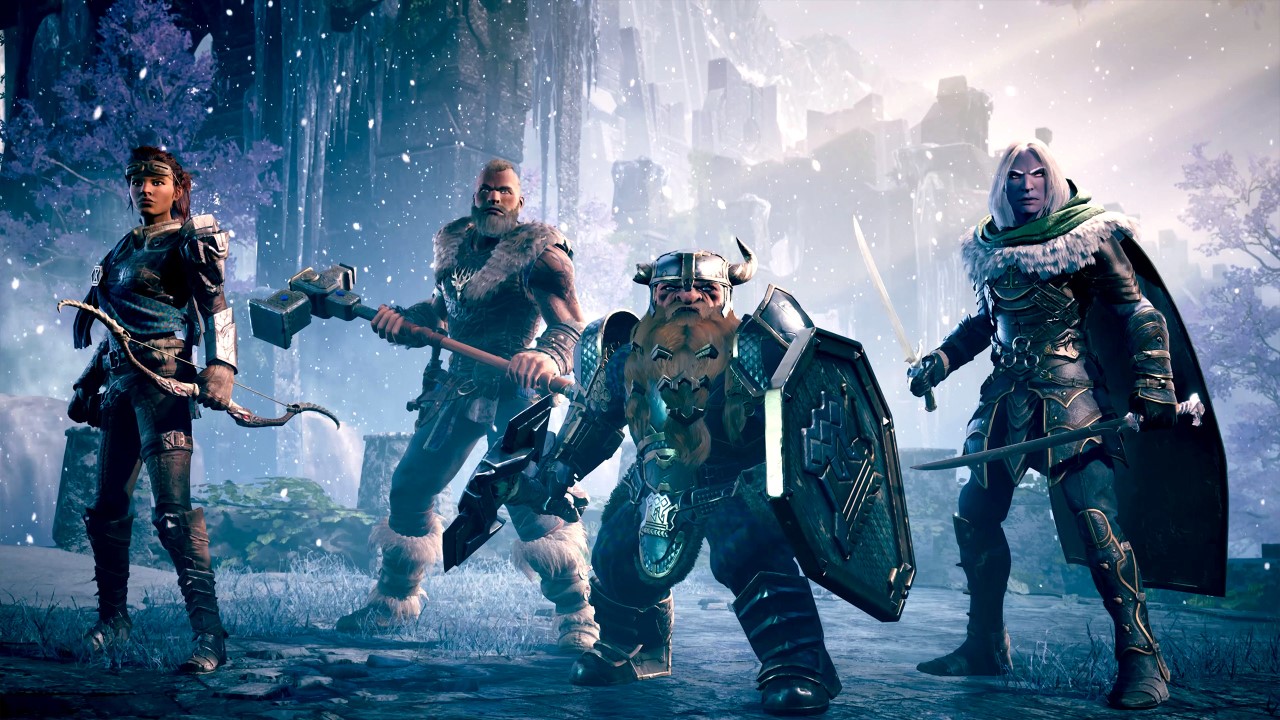 Invite friends to your Dark Alliance party via your platform’s social menus.

Yep, if you want to invite your friends to a custom party in Dark Alliance you will need to send them invites from your platform of choice’s baked-in invite function, typically within its social menus. That means everyone you want to play with needs to not only be online, but also in-game.

Before you can even send out an invite to your friends you need to set Dark Alliance to online mode, and you need to establish a custom match. To do so hold down either the Select button or M-key to bring up the “Manage Session” screen while in your basecamp at Kelvin’s Cairn. You’ll want to choose “Custom Game,” followed by “Friends Only” or “Invite Only.” “Friends Only” will allow you and anyone else on your Friends List to matchmake, but if you want to curate who you play with you’ll want to opt for “Invite Only.”

From here you’ll create a Hosted game, and just need to wait on the game to reload your basecamp. Once you’re officially reloaded and hosting a session, you can go into your platform’s integrated party/social menu or Friends List to send out invites. Keep in mind that your friends will have to open this same interface after the invite has been sent in order to accept it.

A couple of things to keep in mind: Windows Store for PC and Xbox consoles have crossplay enabled by default, and a future patch will add Steam crossplay with those platforms. PlayStation will not feature crossplay with those, nor does it have cross-generation crossplay at launch (meaning no PS4 to PS5 parties). Cross-generation crossplay for PlayStation is coming in an update after launch. Hopefully a more intuitive way to invite friends to your Dark Alliance party is also coming down the road, but for now you’ll need to rely on your platform’s overlay and social functions to send and accept invites.