With who of the four playable characters should you start your adventure? 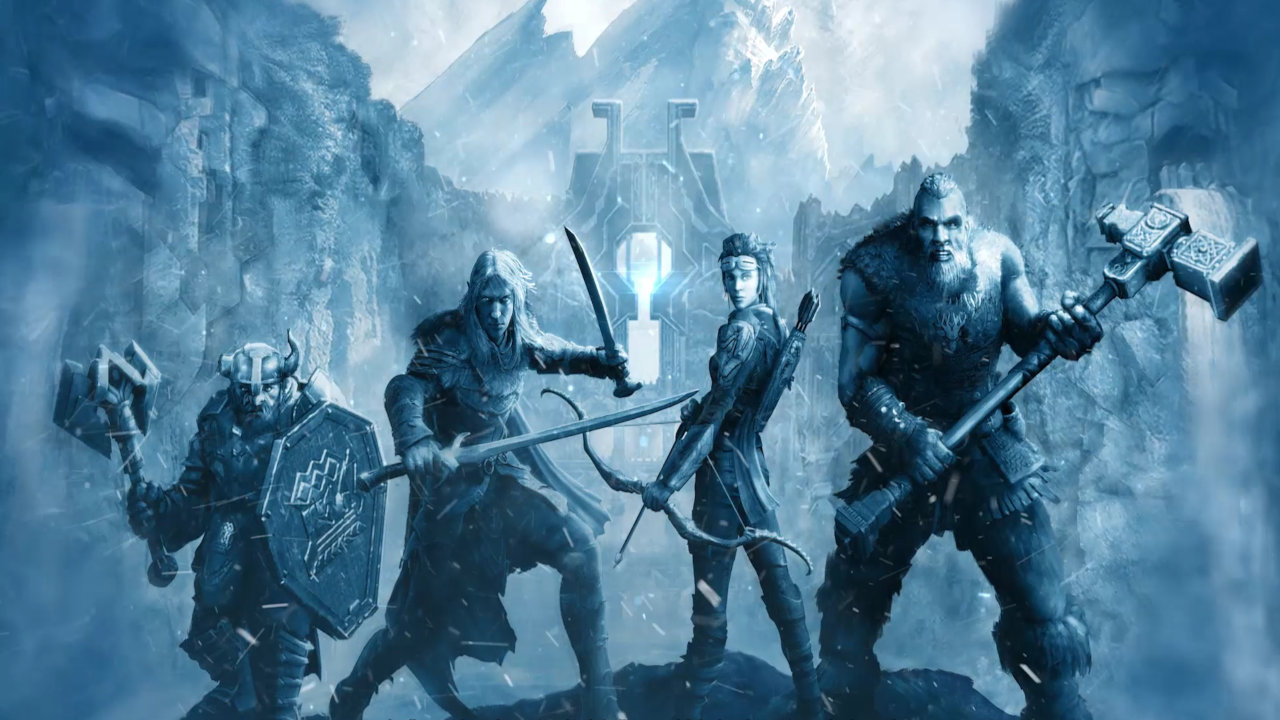 With four playable heroes in Dungeons & Dragons: Dark Alliance, it is not hard to actually choose a character that suits you the most. Or is it? All units in this small roster play entirely different, and resources and levels don’t come very easily in this new title, so your initial choice will matter for a while. You are able to jump back and forth to all of your created characters, however they don’t share anything at all, besides story and stage progression. This means that you will need to level each of them separately, if you are planning to using them all for whatever the reason. Although, if you just want to stick to one character and invest dozens of hours in this brad new dungeon crawling loot-fest, we got you covered as well.

Which character to pick in Dungeons & Dragons: Dark Alliance 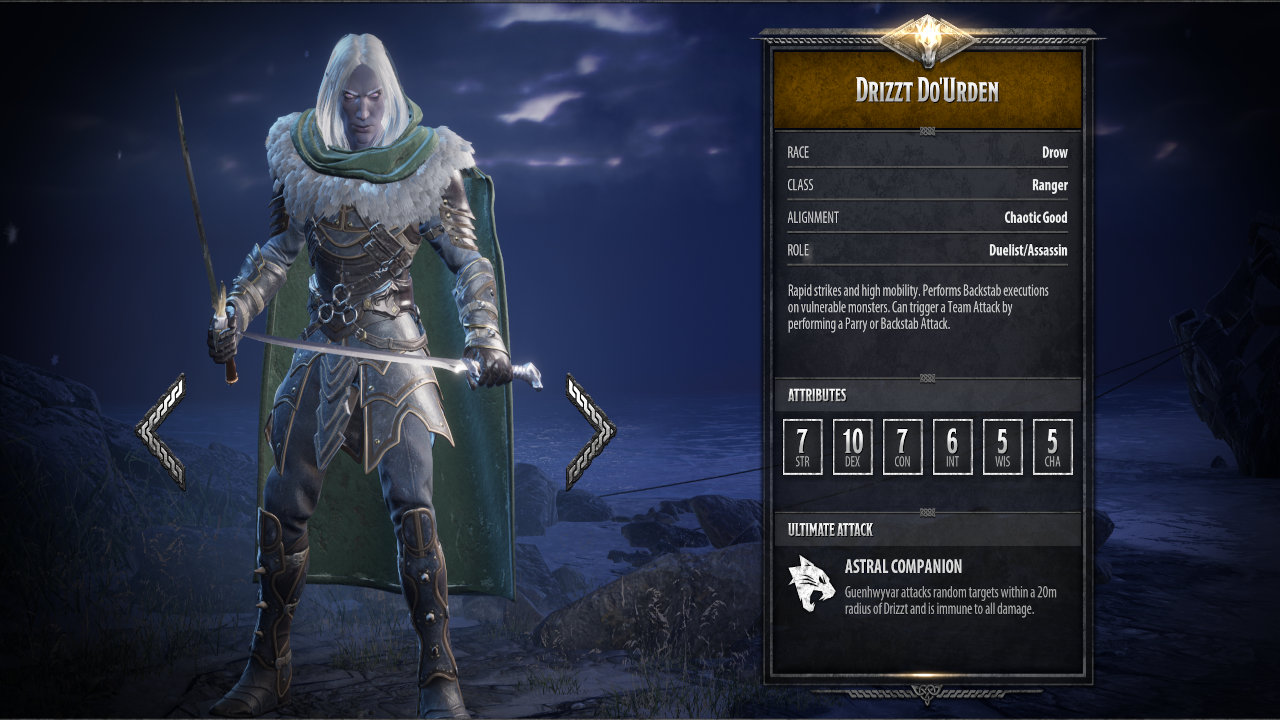 Acting as (sort of) the protagonist of the bunch, Drizzt is all about swift attacks, big damaging combos and lots of utility spells and tricks. He also has a good variety of mid-long range abilities that extend his combos or cause negative status ailments. Drizzt however is very squishy and in higher difficulty levels can be literally one shotted even from regular mobs, especially casters. For this reason, he really shines in a party where enemies won’t target him as much, leaving him room to throw out his devastating moves and Dark Magic, unhindered.

Outside some staples like being able to go invisible or surround himself with daggers for continuous damage, Drizzt unlocks some really helpful techniques later on, like auras that give him the lifesteal buff, charging long range spells that inflict lots of damage and debuff enemies, and more. If you pick this Drow Assassin, you will need to learn a big amount of different moves and combos, for each occasion, so Drizzt is not really recommended for beginners or dedicated solo players. It’s advised to either jump into an online party as often as possible, or learn the basics of the game with an easier character and then pick him as your go-to hero. Bruenor is a tank, plain and simple as that. Don’t be surprised though if you see some big damage numbers coming from him, as he does have a good amount of moves that can annihilate enemies, especially groups of smaller mobs. He is all about that defense though, and usually having the highest HP pool of all characters, Bruenor is hard to take down. He specializes in taunting enemy groups, buffing his party, alongside some minor healing techniques and crowd control moves, making himself and others even sturdier. He may not be as flashy as Drizzt and Catti-Brie, but what he lacks in fancy moves and speedy techniques, he compensates with efficiency and ease of use. Bruenor is that one party member you always want to have in your party, no matter the case. 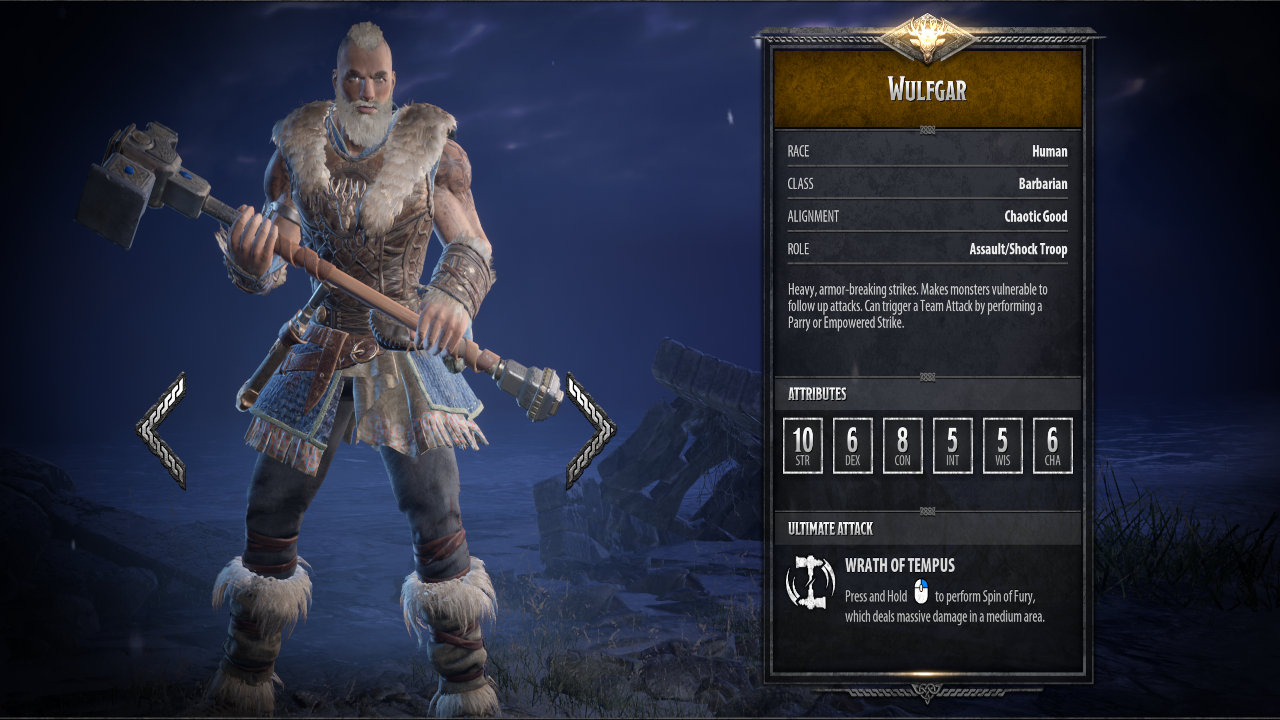 Probably the easiest character to play as, Wulfgar is the frontline brawler of the team with his heavy two-hander and lots of bursty techniques. He is not as combo-heavy or fast as Drizzt, although in order to pull out some big damage numbers, you will need to utilize every move at his disposal at the right time. His tecnhiques are slow, hard-hitting nukes outside some exceptions that can end fights in mere seconds if used correctly.

Wulfgar not only has the strength to solo the entire game if he wanted, but also lots of crowd control abilities exist in his toolkit. Suggested as your first character, since he is very easy to understand and play as, but don’t let that make you overestimate his abilities. More often than not, you will find yourself in situations where a retreat could be ideal, and Wulfgar can trick your mind in thinking that he ‘got it’. Well, sometimes, he doesn’t. Use him carefully and Wulfgar can be the MVP of the party a lot of times. 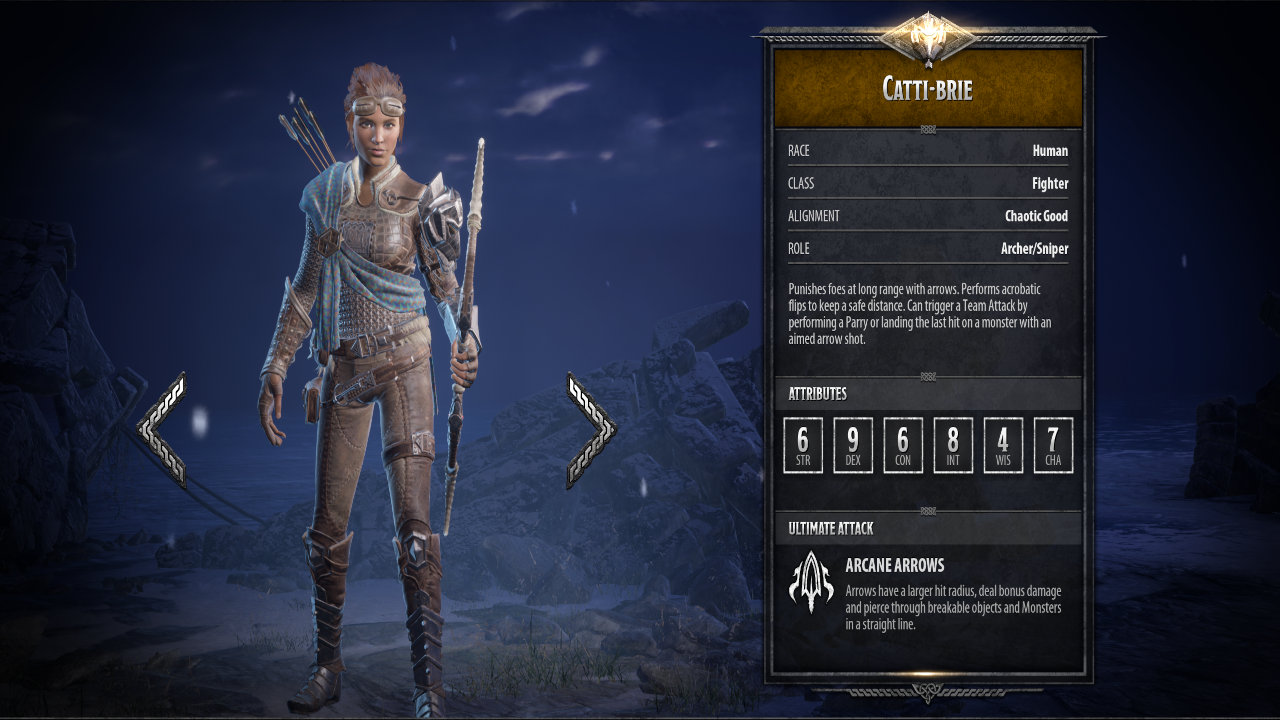 Catti-Brie has a bow and arrow, which already indicates what her playstyle is. However, what is not obvious enough, is that she is also the supporter of the group. Catti-Brie has a lot of spells that help the party, like healing waves to restore HP, or different types of ‘natural’ based skills that hinder enemies. Her vine abilities in particular are very helpful, and can easily turn the tide of a battle.

Her core gameplay though relies on her bow. She unleashes a barrage of arrows from afar, as you would expect, and combining her whole moveset in your rotation will let you dish out some really hefty amounts of damage, even if she is more of a supporter than anything else. Catti-Brie is also not recommended for solo players much, as she constantly needs some distance between her and enemies, which is tough to pull out when going solo. That said, she does have more ways than one to survive fights, so it’s not like she is not viable at all when playing alone. Just keep in mind that it may end a little hard to do.

Whatever your choice end up being, all four characters are equally fun to play as, and they can clear solo and online content on again, equal terms. It all depends on your preferred playstyle, and since Dungeons & Dragons: Dark Alliance is claimed to have additional content in the future, new playable characters may be jumping into the game sooner or later, expanding our options. Until and if that time comes, happy farming.

Dungeons & Dragons: Dark Alliance is available on PC, PlayStation and Xbox. For more related content about the game, make sure to check the rest of our guides right here.