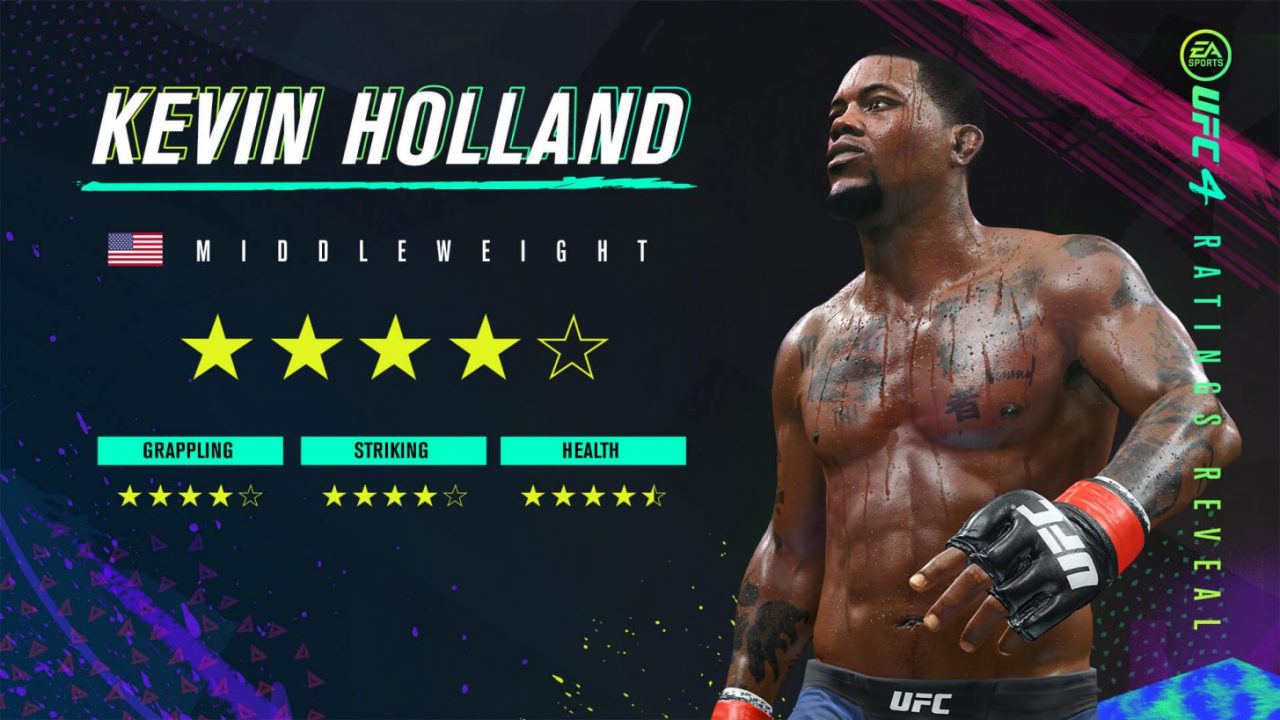 Update 9.00 has arrived for EA Sports UFC 4 and here’s the full list of changes and fixes added to this patch. The coolest addition to the update is two new fighters.

Unlike other games, EA Sports UFC 4 is kind to players as all new fighters added to the game are available for free. The two new fighters being added this week include Kevin Holland who is a Middleweight and Vincente Luque who is a Welterweight.

Holland was requested a lot by the community so it’s cool that EA Sports is starting to listen to the fans. As for the other details, you can see the full patch notes below.

As you can see, a lot of changes have been made based on community feedback. If you want something to be changed in the game, you can contact EA Sports via social media in order to let your voices be heard.

EA Sports UFC 4 is available now for PS4 and Xbox One. For more info about this week’s update, you can visit the official website.