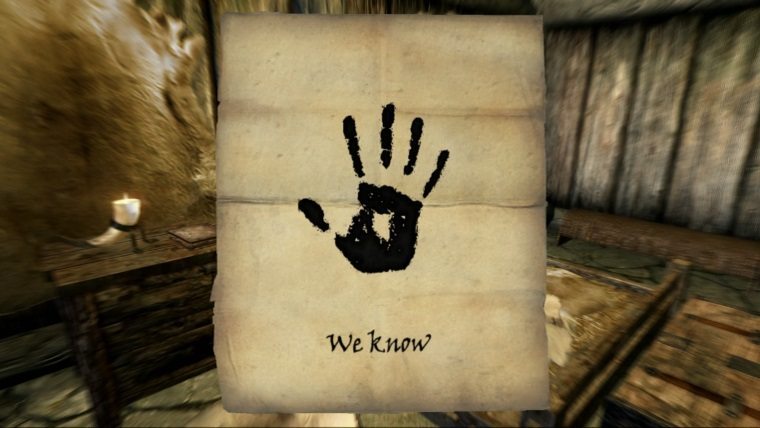 Longtime players of the Elder Scrolls series know that some of the most enjoyable missions are in the Dark Brotherhood questline. While The Elder Scrolls V: Skyrim wasn’t one of the best in the series, it still has some very intriguing quests that players will want to go through. With Skyrim Special Edition releasing, many players are wondering how to get into this elite order of assassins. We’re here to show you how to join the Dark Brotherhood in Skyrim Special Edition.

The key to joining the Dark Brotherhood in Skyrim lies in Windhelm. Before you go there though, it’s easiest if you trigger the quest that will lead you right to it. Head to any inn in Skyrim and ask for gossip, eventually you will hear about a boy in Windhelm named Aventus Aretino. Alternatively, you can go to the orphanage in Riften, Honorhall Orphanage. Here you will hear about Aventus and the dark things that he is trying to do, giving you the quest.

Aventus will tell you about the murder that he wishes for the Dark Brotherhood to commit. If you want to become a member, you’ll have to do the deed yourself. Head to Honorhall Orphanage and kill the woman there. 24 hours later you should receive the infamous “We know” note from the Dark Brotherhood.