The full list of available solo mode missions in Evil Dead: The Game. 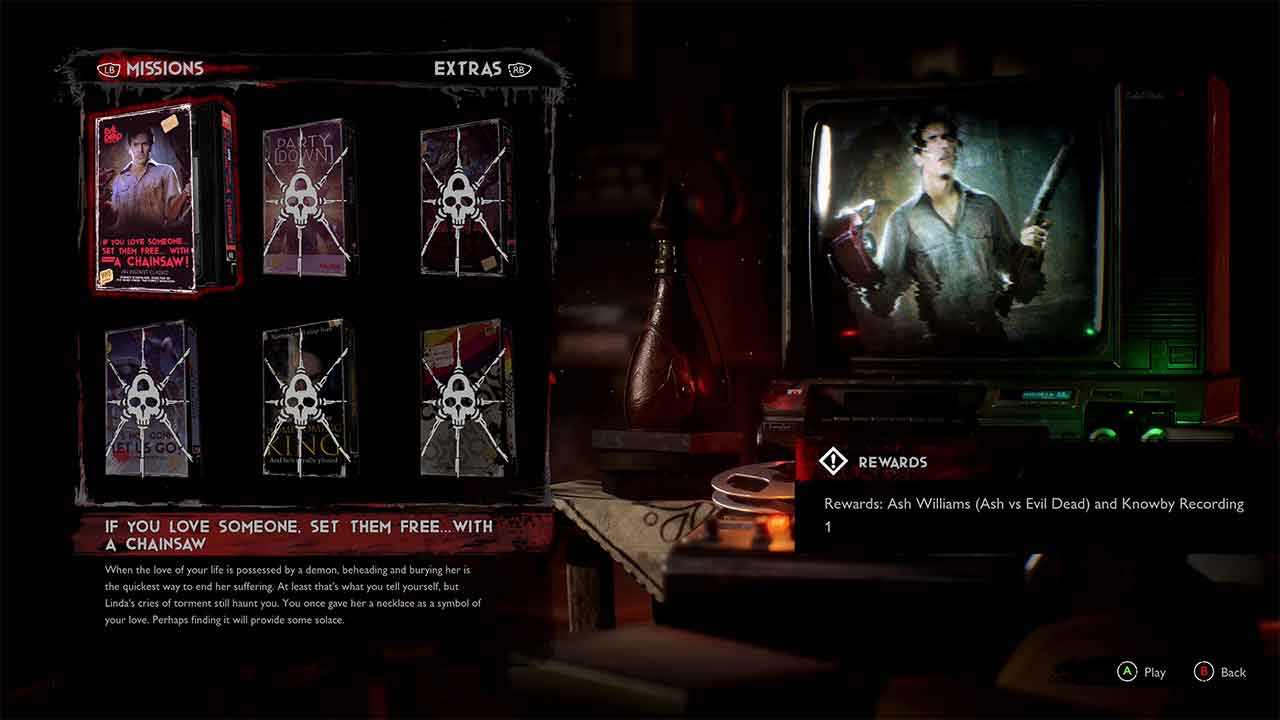 Evil Dead isn’t just for multiplayer fans, there’s some content here for solo players as well.  Whether you want to play with A.I. bots against a CPU controlled demon or you want to get a little bit of Evil Dead lore in the Solo Missions in the game, there’s something here for you.  While admittedly this isn’t a full-fledged single player, traditional story mode, the Evil Dead does spread some lore around in Solo Missions.

All of these solo missions in Evil Dead are basically multi-step quests that you’ll need to push through to complete to unlock the rewards below.  There are no continues and all have a standard difficulty.  Though there are plenty of weapons, power-ups, health and ammunition to help you make it through.

If you love someone, set them free… with a Chainsaw

It’s not Gonna Let Us Go!

These solo missions in Evil Dead need to be played in order, so once you make it through the first one, a second one will unlock and so on until you’ve reached the end of the missions.

Evil Dead: The Game  is available now for PlayStation, Xbox, PC and soon on Switch.